Seems like people of South Asian descent are skyrocketing to reach the stars! We saw so many achievements in the past few days. We can’t help being proud. Don’t believe us? Check out these superhumans topping the achiever’s list.

Aeronautical engineer Sirisha Bandla became the second Indian-born woman and the third Indian-American woman to fly into space when she joined British billionaire Richard Branson on Virgin Galactic’s first fully-crewed successful suborbital test flight from the US state of New Mexico on July 11th. They reached an altitude of about 88 kilometers over the New Mexico desert – enough to see the curvature of the Earth. The crew experienced a few minutes of weightlessness before making a gliding descent back to Earth. The primary objective for Unity 22 was to serve as a test flight for future commercial passenger flights to space by Virgin Galactic.

"To all you kids down there…" – @RichardBranson's message from zero gravity. #Unity22

Standing tall on our superhumans lists is this 12-year-old Indian American boy who has become the youngest chess grandmaster in history. According to Chess.com, Abhimanyu Mishra, who is 12 years and 4 months old, acquired the record after winning his June 30th game against 15-year-old Leon Luke Mendonca. He broke the previous record that was standing for 19 years. Only five players in history managed to get the title before their 13th birthday. The 2021 FIDE World Cup began on July 10th in Krasnaya Polyana, Sochi (Russia). A game between Abhimanyu Mishra and Georgia’s number-one grandmaster, Baadur Jobava resulted in Jobava winning, but he had to work hard for his point.

Abhimanyu @ChessMishra talks about his Chessable experience. (We only helped you but YOU did it!) pic.twitter.com/hlfSjwgMM6 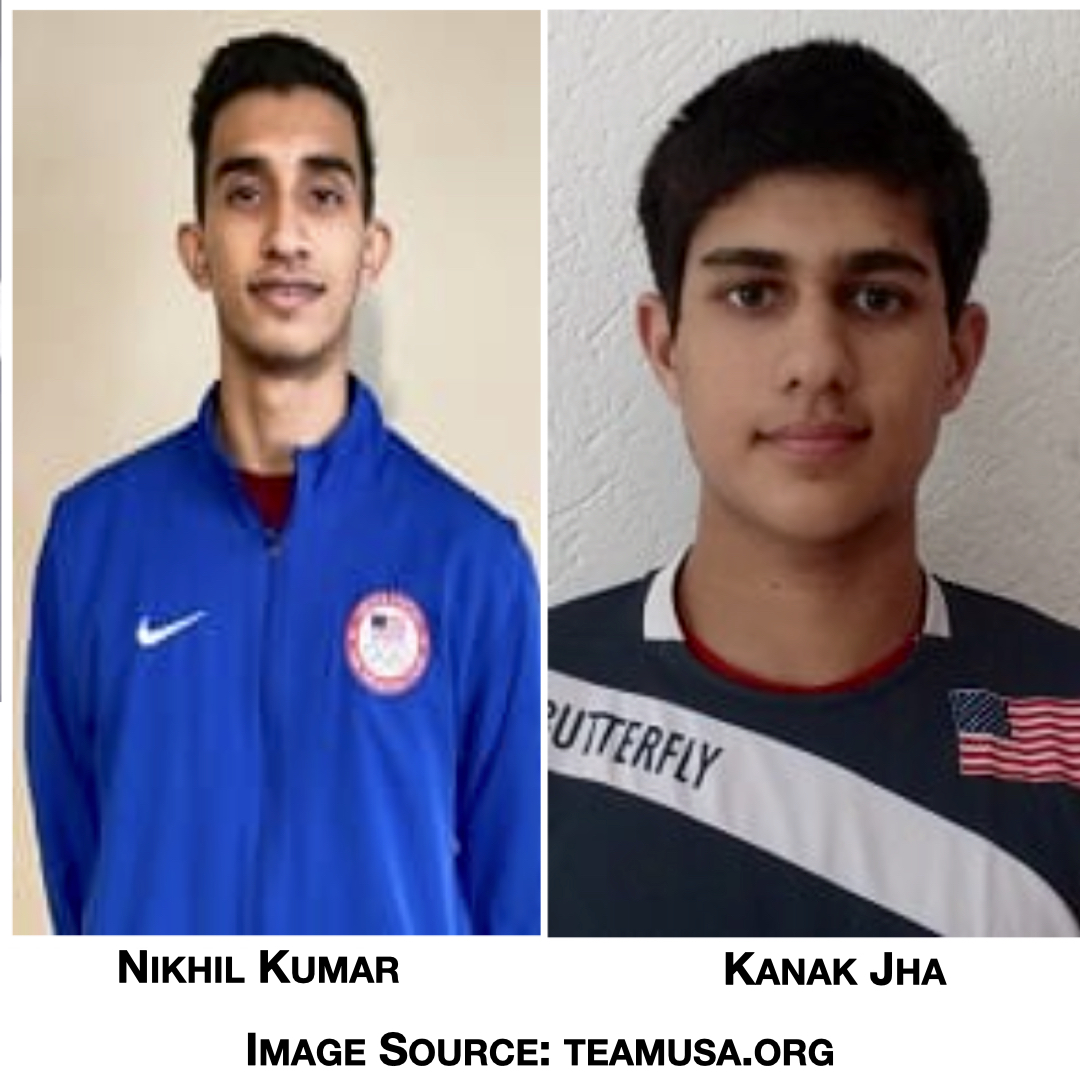 Nikhil Kumar is one of the six champion paddlers who will represent the USA at the Tokyo Olympics. A left-handed attacking player, Kumar earned first place in the American table tennis Olympic trials. He won gold at the 2019 Lima Pan American Games and secured Men’s U-21 bronze at the 2020 ITTF Portugal Open. Born to Indian American parents in 2003, Kumar will be the youngest American TT player at the Tokyo Metropolitan Gymnasium, home of the 2021 Olympics TT arena.

Kanak Jha is another Indian American in the USATT squad. He will be playing in his second successive Olympics. Being a right-handed attacking player, he is a Youth Olympics bronze medallist. Jha also won the men’s singles and doubles gold at the 2019 US National championships. He is a 2018 Pan American singles gold medalist and trains in Germany, where TT infrastructure is considered the best.

On July 6th, Indo-Caribbean, Felicia Singh, emerged as the winner in the Democratic primary for the New York City Council and District 32 seat, which is the last Republican-held district in Queens, NYC. Singh has made history by becoming the first Indian-American and South Asian on the NYC Council.

US President Joe Biden nominated Indian-American court chief judge, Shalina D. Kumar as a federal judge for the Eastern District of Michigan, the White House announced on June 30th. Chief Judge Shalina has served on the Oakland County Sixth Circuit Court since 2007. She was appointed Chief Judge of the Circuit Court by the Michigan Supreme Court in January 2018, a media release said. She would be the first federal judge of South Asian descent in Michigan, the White House said.

This 17-year-old Indian-American won the junior Wimbledon crown on July 11. He beat his compatriot, Victor Lilov in straight sets 7-5, 6-3. The Wimbledon junior event was his second appearance ever at a Junior Championship. In the 88-minute final against Victor Lilov, he won 17 of his 19 approach shots.

Justin Narayan became the second Indian-origin person on the show, Masterchef Australia to take home the trophy. In an incredible 13th season, he beat two other contestants on the show during the grand finale, Kishwar Chowdhury and Pete Campbell. Before Justin, it was prison guard Sashi Cheliah who had won the title in 2018.

British-Bangladeshi scientist, Sadia Khanom, 26, developed “Voltique”, a spray that attracts and kills all pathogens (viruses, bacteria, fungi, and other microbes) on any surface it is applied to for 14 days. The NHS, NASA and various independent peer-reviewed labs have all successfully trialed Voltique – which will now be taken on by a number of governments and blue-chip companies. Hospitals in the UK said the spray is 100% effective in killing coronavirus and has the potential to save organizations 70% of their cleaning product bills. The spray can be used in medical facilities, hotels, motels, restaurants, aircraft, and nuclear stations. Khanom has already received orders for £10 million worth of Voltique from as many as 13 countries around the world. As the pandemic rages on Khanom definitely hits the superhumans list with her invention.

The sky is the limit to what our young and talented South Asians can achieve. We would like to congratulate them and wish them lots of success ahead.

From brainstorming marketing strategies to curating bewitching blogs to beautifying faces as a professional makeup artist, Maryam has proven that sky is the limit when exploring one's capabilities.