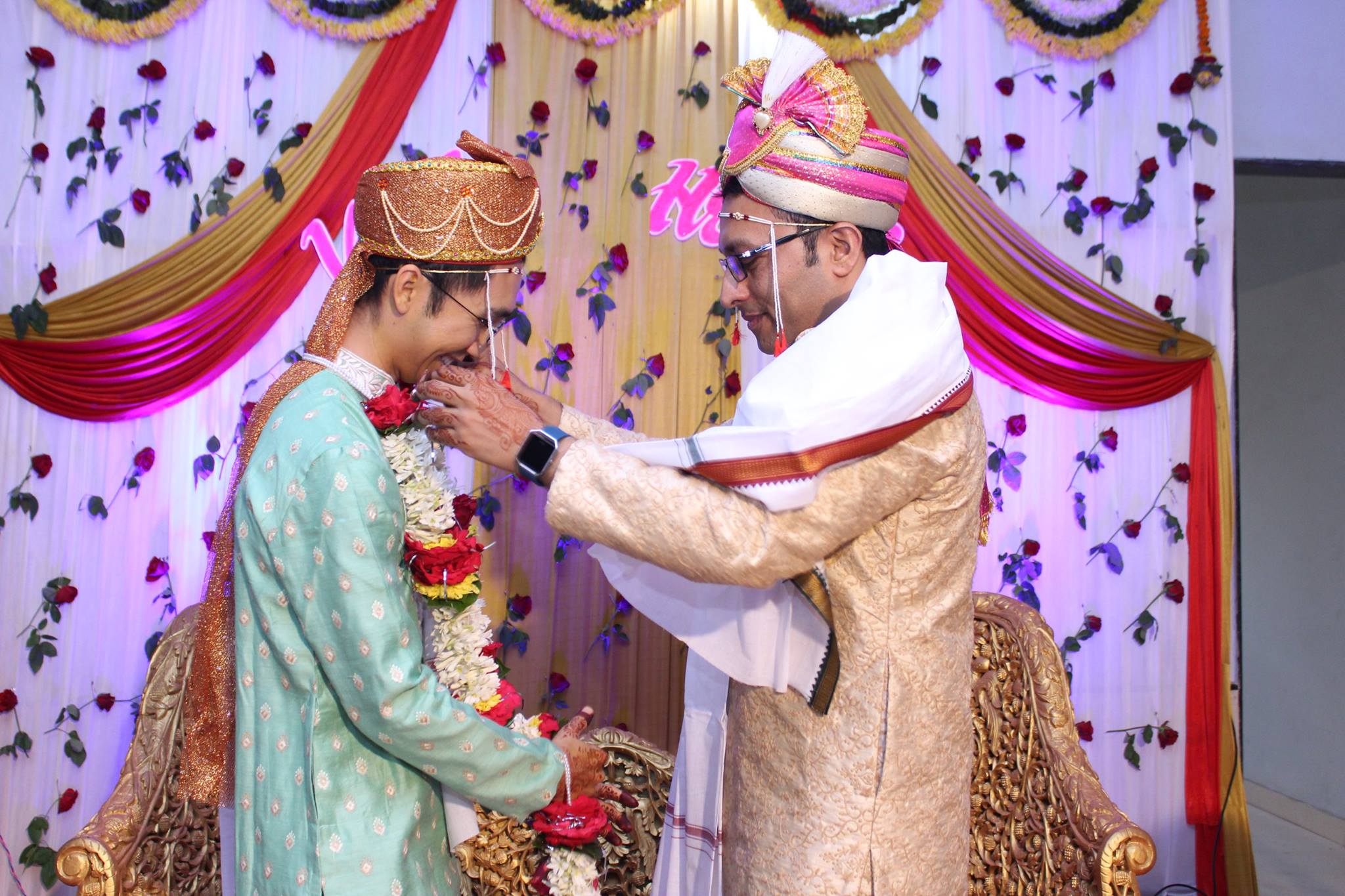 The South Asian communities, irrespective of their local laws, have active citizen advocates who have been fighting for the LGTBQIA (Lesbian, Gay, Transgender, Bisexual, Queer, Intersex and Asexual) rights for decades.  In fact, prior to the Supreme Court reviewing Section 377 of the Indian Penal Code (IPC), a US-based Indian engineer Hrishikesh Sathawan and his Vietnamese fiancé Vinh recently had a commitment ceremony in Maharashtra.

The couple met on a dating site in the United States in 2016 and gradually love blossomed between them. Hrishikesh proposed to Vinh in April of 2017 at the Antelope Valley California State Reserve. His parents and sister celebrated their engagement by holding a reception in June 2017. 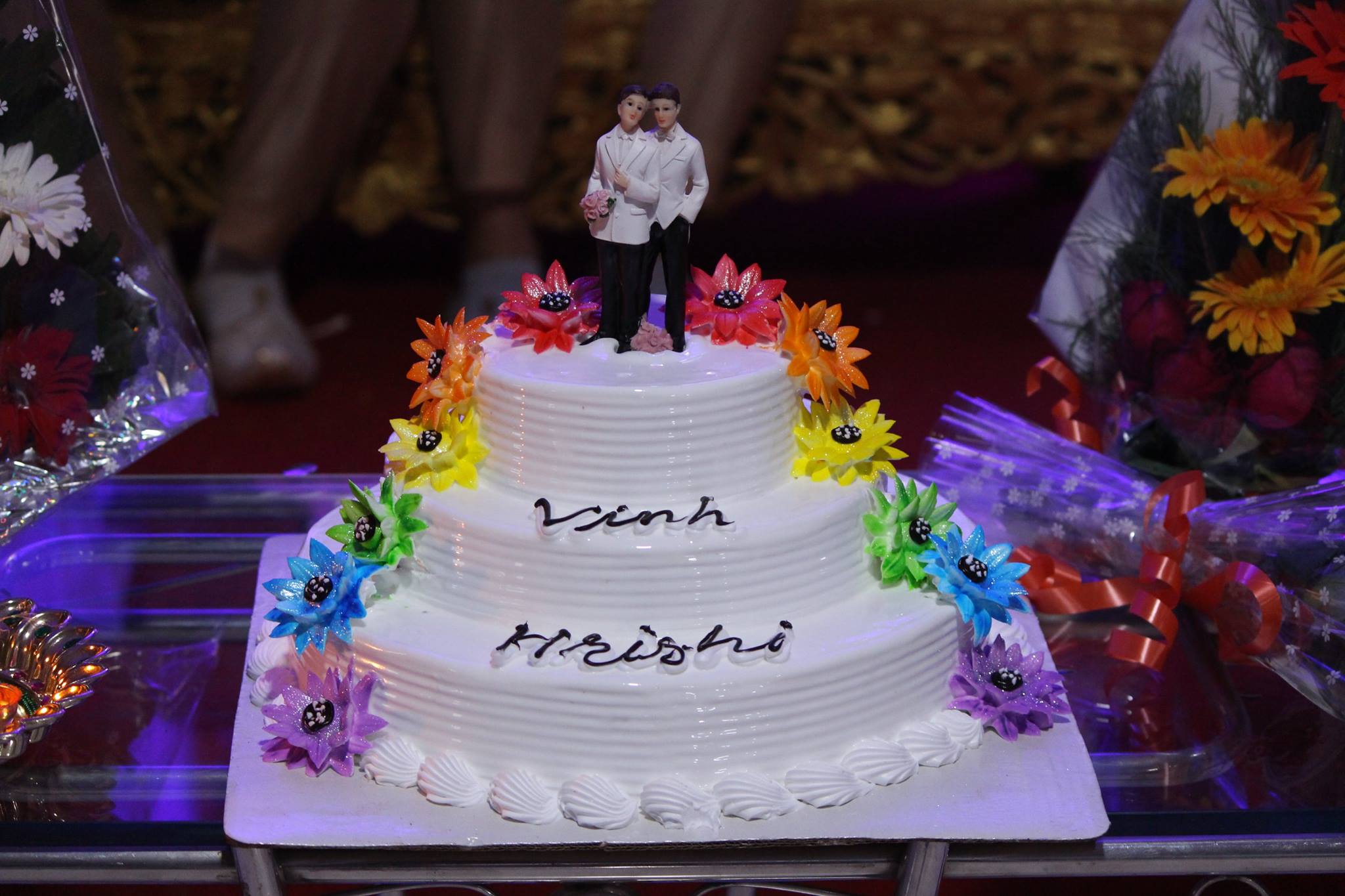 There have been several unsavory “reports” of the incident. Therefore, in his Facebook post, Hrishikesh detailed out his side of the story as opposed to the mangled “reports” surfacing all around. He mentioned that his coming out in 1997 was difficult and it was met with severe opposition and his parents didn’t speak to him for 5 years. But with his sister’s support, they came around and even participated with him in the San Francisco Gay Pride Parade, in 2007. 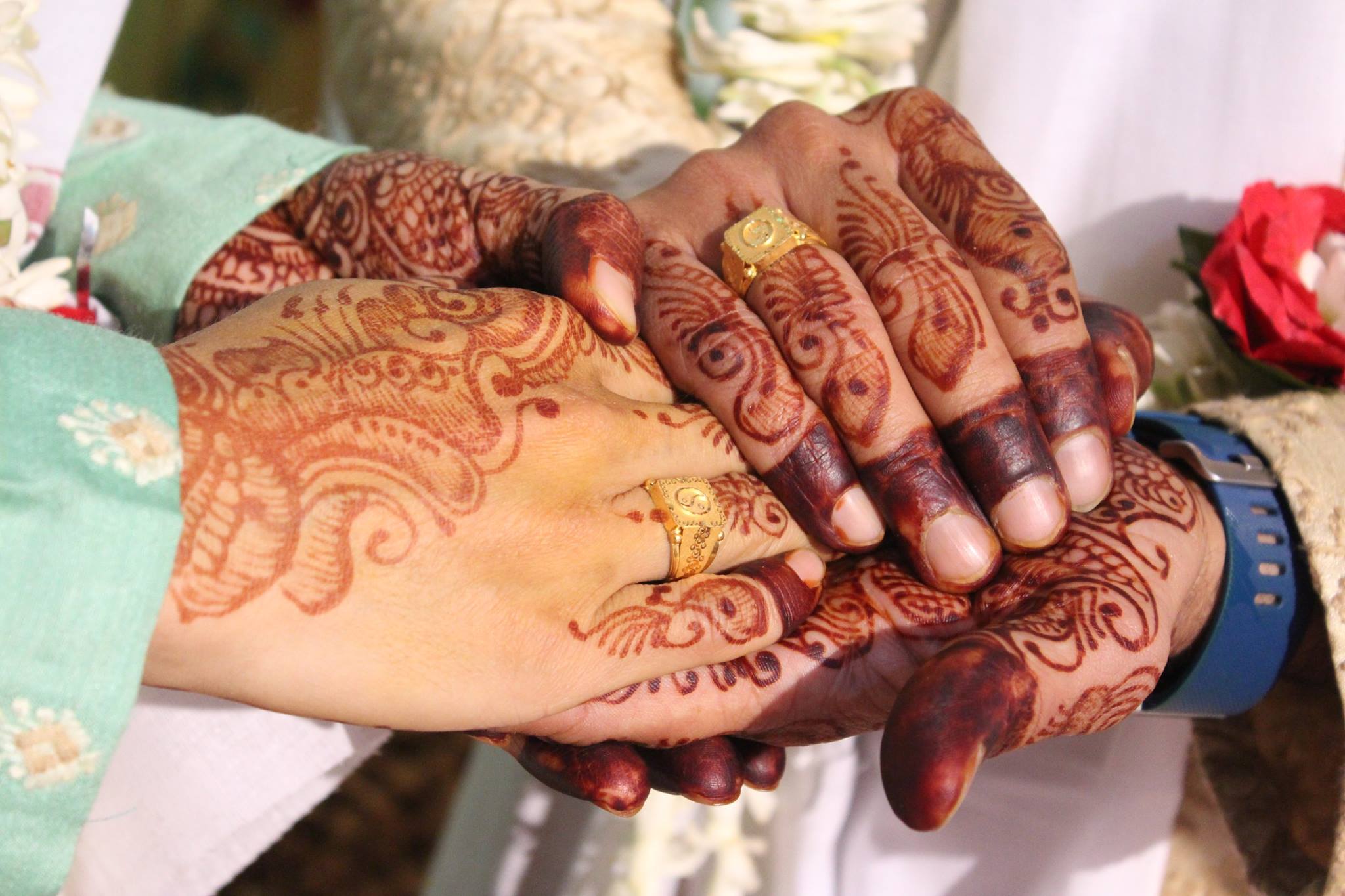 In a country where the legality of gay relations and marriage is still under the scrutiny of the highest court, it is understandable why the couple is wary from using the term “marriage” as freely as their heterosexual counterparts might use.

Many argue that it was, in fact, the conservative approach of the colonial regime of the British, which penalized and criminalized the gay sexual relations under Section 377 of the Indian Penal Code. Kolkata Rainbow Pride Walk (KRPW) is the oldest in South Asia (since 1999). 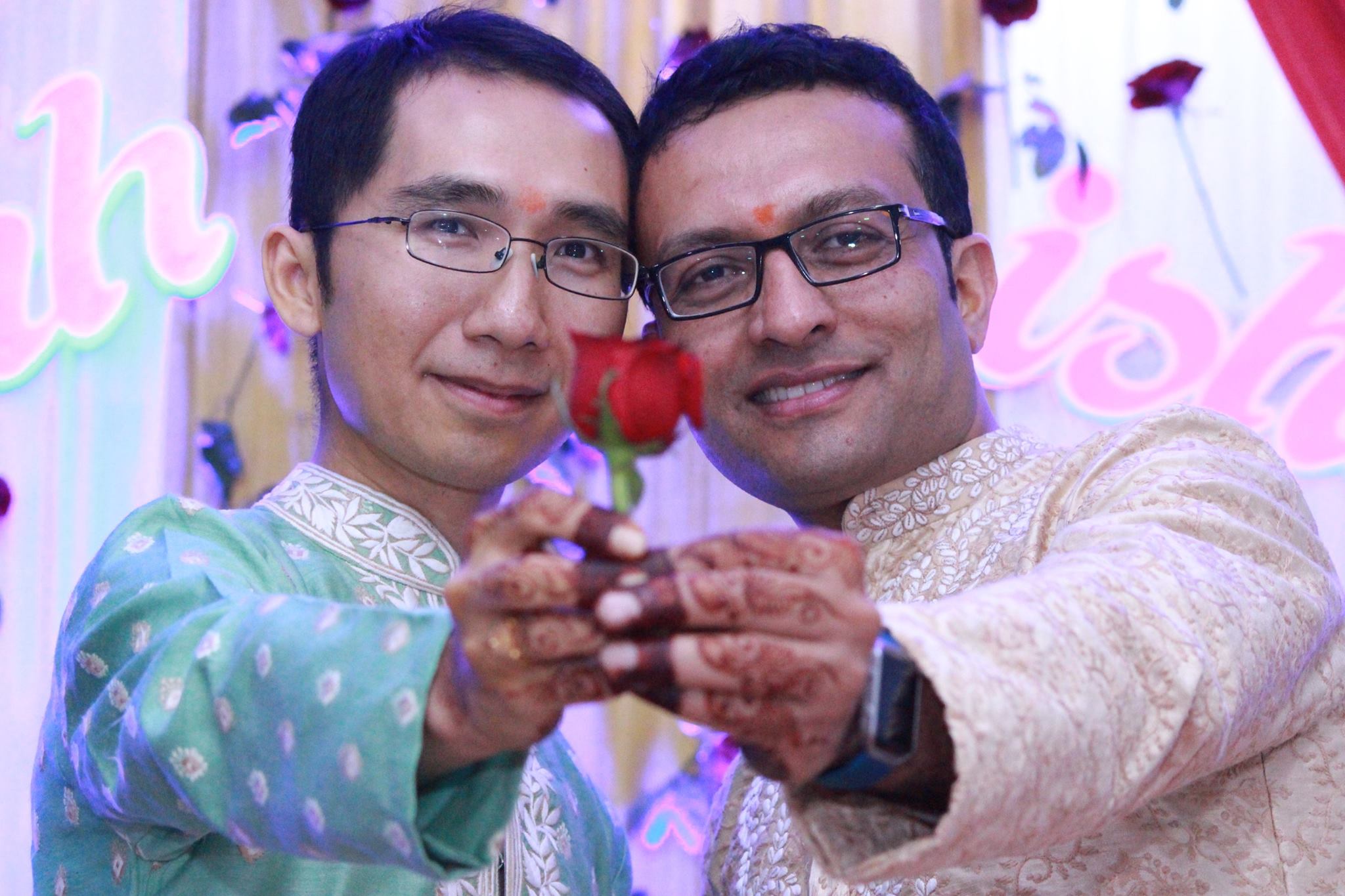 Hrishikesh’s turmoil of coming out to his parents, convincing them for his commitment ceremony in front his near and dear ones is a huge step, not only for him but for many others who don’t have the courage to do so. 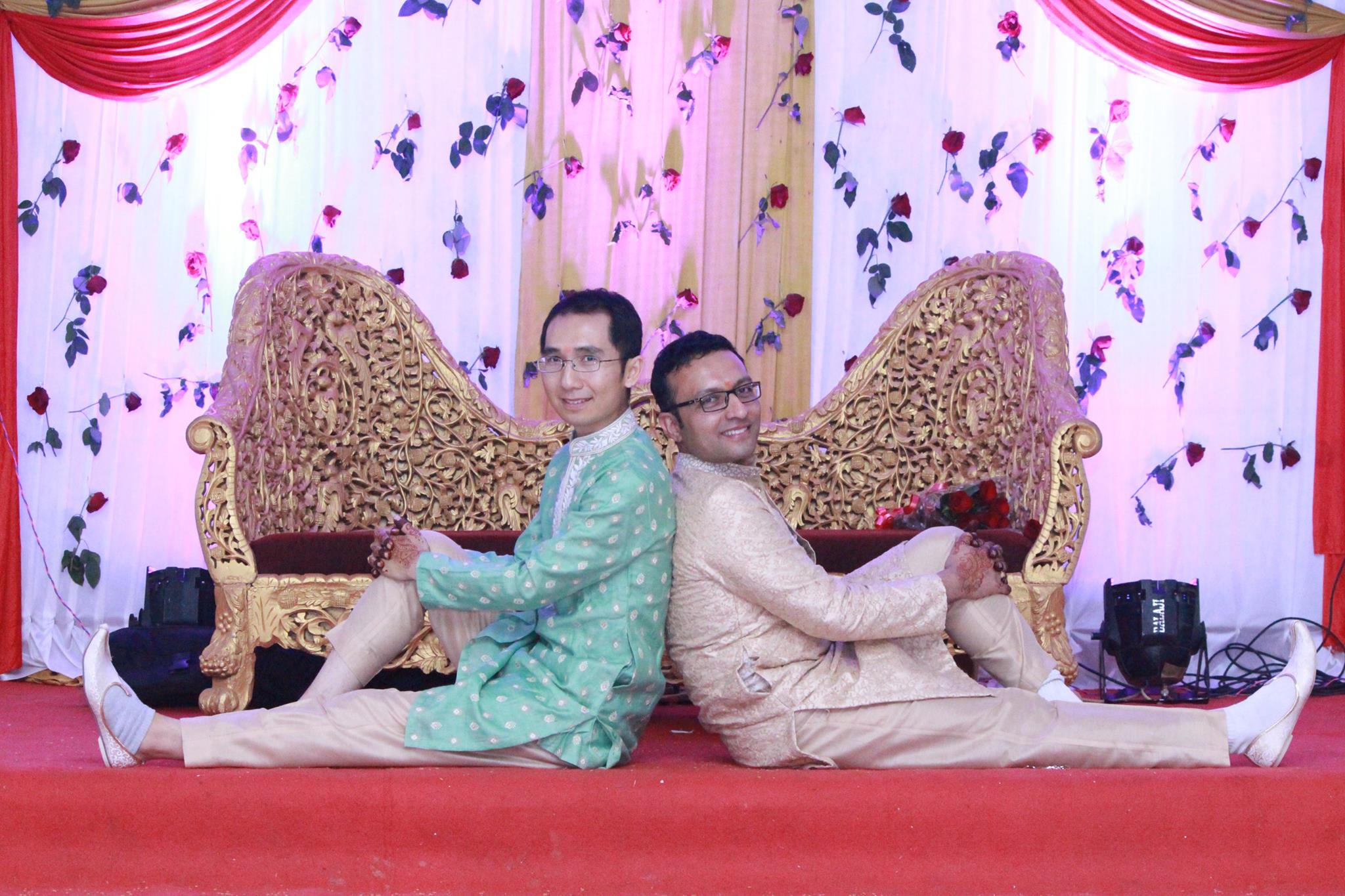 In order to be more inclusive and tolerant, we must start reforming the outdated laws to meet the need of the times. We need laws to not prance around the topic of the legality of say, Section 377 which criminalizes gay relations but to be direct and specifically address the issue irrespective of the religious or cultural notions. Sexuality is one’s private and personal issue and should be free from any impositions by the state, courts or even religions.