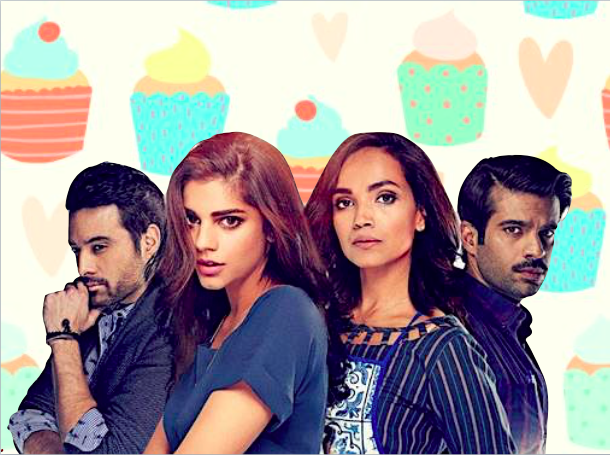 It has the fragrant notes of spices that will remind you of home, a rich dollop of frosting with glimpses of the heritage of Pakistan, and the solid foundation of the perfectly whipped batter, which makes this Cake rise beautifully, way above the rest. 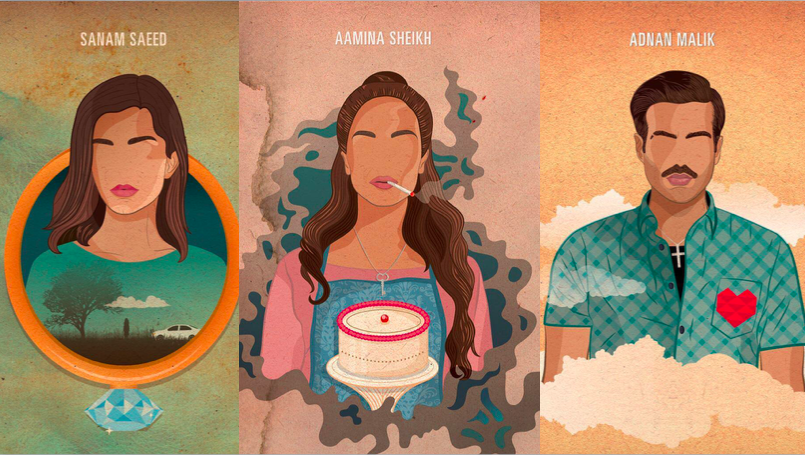 Asim Abbasi, in his debut as a writer and director, has escalated the standard of how movies are being made in Pakistan. In fact, it would do good for even some Bollywood directors to sit up and understand the nuances of film-making from Abbasi. His short films have won acclaim in numerous festivals including the BAFTA-recognized Aesthetica Short Film Festival, Cannes Court Métrage, HollyShorts, Williamsburg Independent, NewFilmmakers NY, Jaipur Film Festival and Shortini. Taking the big leap to make a feature film has not dented Asim Abbasi’s creativity, but has undoubtedly magnified it. 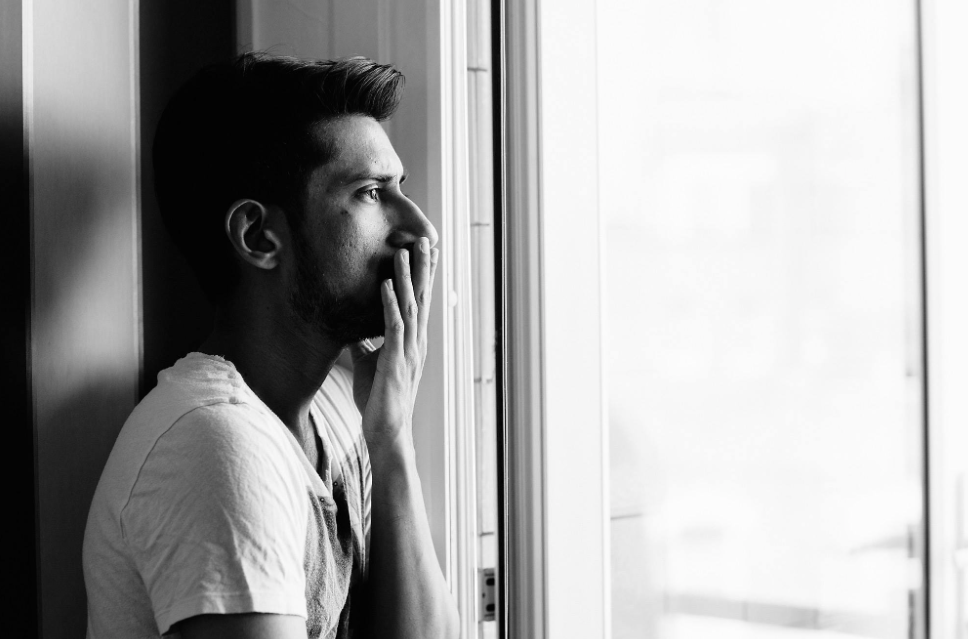 Cake is the quintessential family drama, which pulls at the heartstrings and makes you forget that you are watching a movie as you become a part of the family. This movie is owned by Aamina Sheikh and Sanam Saeed. The understated look of the cast will make you relate to them as real people, who may as well be your neighbors. The absence of unnecessary glitz and glamour is a welcome change. 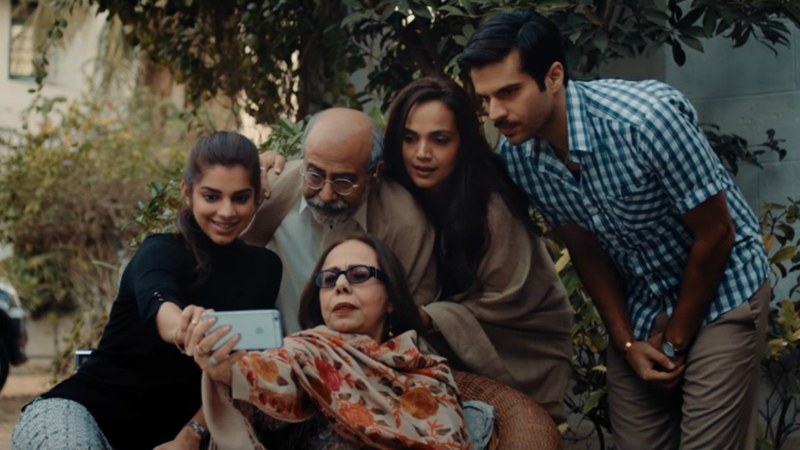 Cake is the story of a regular family of people who, irrespective of distance, are tied together by a strong bond, be it love or a broken past. Each character in the movie has played their part succinctly by displaying layers that make them and the insecurities that break them, all hidden beneath the frosting of the cake, while appearing perfect on the outside. 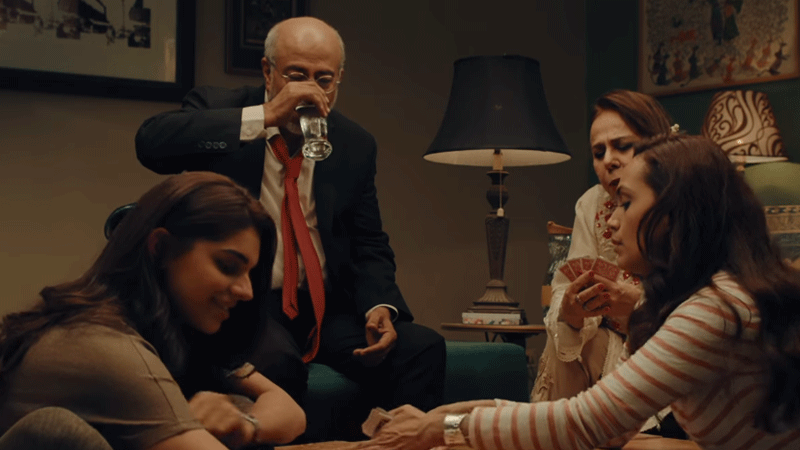 The parents, Mohammad Ahmed and Beo Raana Zafar portray the type of couple you would want to be in your old age. Their relationship reflects the years of love and growing together. They will make you laugh, they will make you cry, but mostly they will want to make you run home to your own parents. 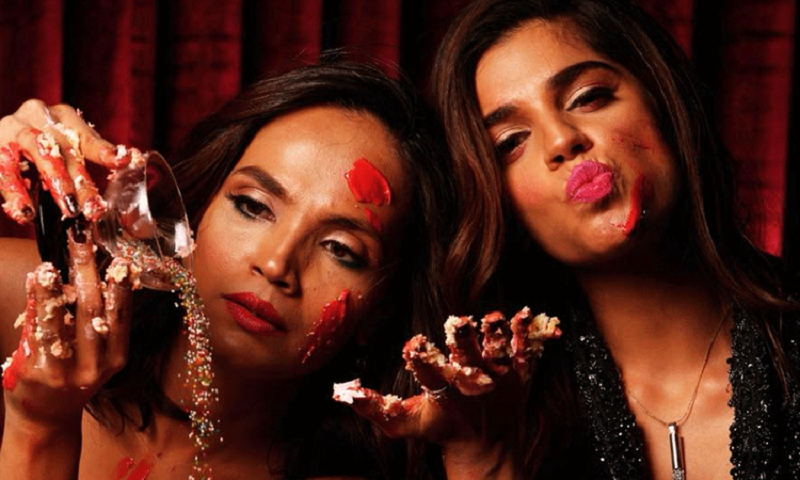 Aamina Sheikh plays the role of a daughter, who would traditionally raise eyebrows in the Desi culture – a strong unmarried woman in her 30’s, who secretly loves her occasional cigarette, using it to blow away her frustrations in smoke. She is the person in charge of the whole family, looking after the needs of everyone, while being forced to push her own needs aside. 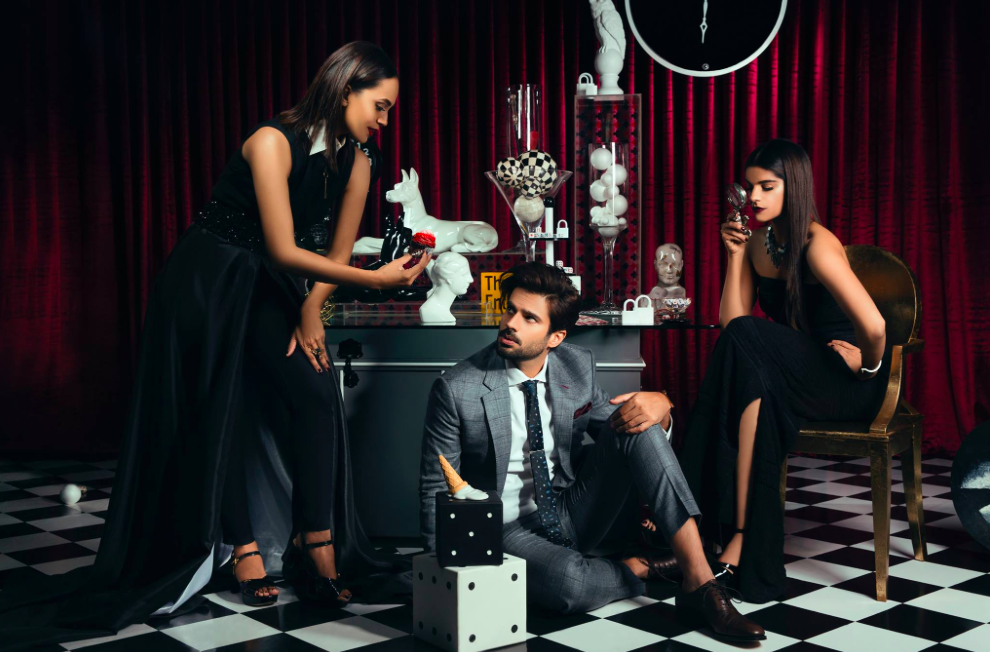 Sanam Saeed’s character will remind you of the prodigal daughter who comes back home after her father suddenly falls ill. While Aamina’s character is an open book, Sanam is a mystery. She comes burdened with more emotional baggage and subtly takes us along on her journey to deal with her insecurities from the past.

Adnan Malik and Faris Khalid’s performances are commendable, but perhaps overshadowed by the powerful ladies who literally take the cake. 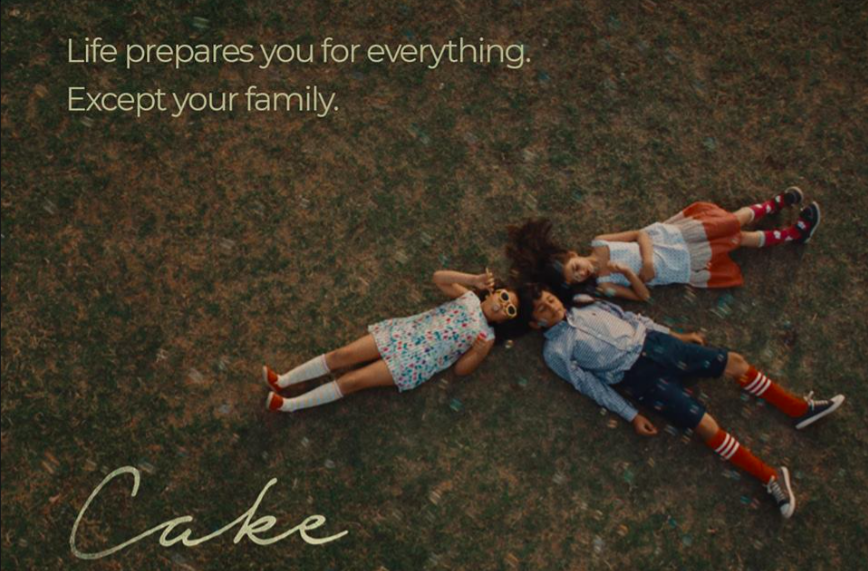 The bond between siblings, no matter the number of years that have passed, will make you smile and remind you of your own. From reminiscing about childhood memories, to the illogical fights, to competing to be the parent’s favorite child, each aspect of life has been thoughtfully captured by Asim Abbasi.

Asim owns as much praise as possible for breaking the mold for Pakistani films. In fact, he has done what Farhan Akhtar did to Bollywood many years ago with Dil Chahta Hai or more recently, in the same trend, movies like Kapoor and Sons and Piku.  The South Asian audience has evolved and the praises coming in for Cake are proof that sincere stories and characters are appreciated more than the typical masala movies and item songs.

Life gives you many choices – but not the choice to choose your family. Asim Abbasi has truly created a marvel to make you realize that life prepares you for everything…except your family.

We give Cake 4.5 stars. It is not a movie that you should miss!

These 5 Women Fought Misogyny To Become Cabinet Ministers In Pakistan