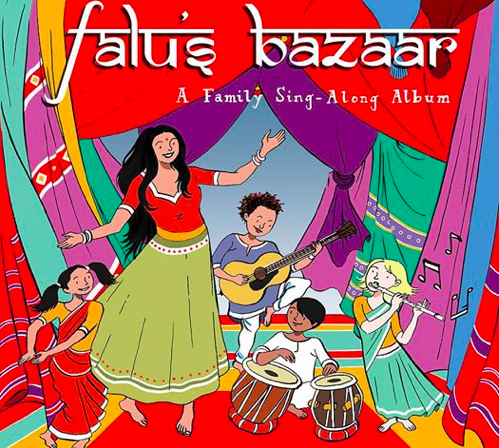 There was a time in the United States when Desis couldn’t think of appearing in television shows, movies, or even novels. However, second-generation Indian-Americans have progressively become recognizable in the mainstream, like Falguni Shah who’s album has been nominated for a Grammy!

The prominent international vocalist’s album “Falu’s Bazaar” is now in the race for the Best Children’s album category in the 2019 Grammy Awards. Shah, commonly known as Falu, has worked with artists such as A.R. Rahman, Wyclef Jean, Yo-Yo Ma, Philip Glass, Blues Traveler, and Ricky Martin among others.

“Falu’s Bazaar” is an approach to bridle and produce creativity in children. This album, which launched February 16, 2018, is a dynamic and assorted collection which takes youngsters on an adventure of revelation.

The collection of tracks is a perky yet instructive gathering, that shows South Asian culture through an energetic introduction to the present generation in three dialects English, Hindi, and Gujarati. This album will take you on a mindboggling melodic voyage rejoicing in the languages, instruments, sights, and mankind of a different world altogether.

There is an incredibly creative group behind “Falu’s Bazaar.” It is produced by Grammy-winning Danny Blume and Deep Singh. It is performed with an awesome band and gets its inspiration from various performances curated by Lincoln Center Education and Carnegie Hall in New York City.

Lead singer Shah, along with Bryan Vargas, has co-composed the melodies. Soumya Chatterjee is the co-author on various songs and also plays the violin and acoustic guitar for the album. Gaurav Shah contributed as the flute and harmonium player and additionally acts in the capacity of executive producer. Makers Danny Blume was also on bass and Deep Singh the on tabla and percussion.

Since it’s in numerous dialects, the collection can be one of the primary learning devices for children in an intercultural home—the melodies are about traffic signals, regular kitchen things and animals and so on. These are energetic dancing tracks that encourage kids and lets them gain awareness of Indian Classical Music.

We sure hope she wins!