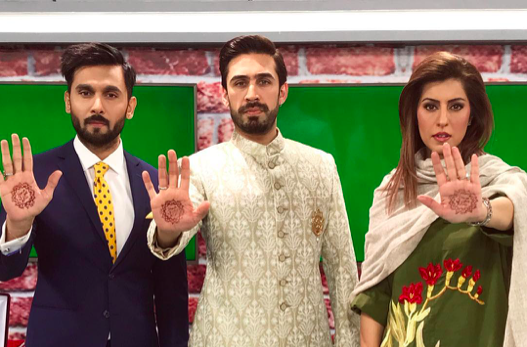 Recently ‘Parchi’ star Ali Rehman Khan made the surprising announcement through a video on his Instagram feed that he was getting married. But he wasn’t!

As reported in The Express Tribune the whole act was part of a campaign initiated by the UN Women Pakistan to discourage the practice of forced dowry and related violence. It showcased how this practice makes a bride synonymous with material things like utility items, cash and gold, stated a press release.

The tradition of dowry in South Asian countries is a reality that many have been trying to fight for a long time. People truly believe that for the groom and bride to live happily, the bride must bring along a certain amount of valuables with her.

The concept of dowry had begun as a source of empowerment for the girl, where she had the exclusive right to all the things that she got with her. But those lines vanished along with any say that the girl had, and it became a societal compulsion.

Over time this has resulted in the society that we live in to look at our daughters as burdens. The unrealistic amounts of things every father must gift his daughter on her wedding have made even the most educated people dread the birth of a girl. As soon as the marriage is fixed, the groom’s family gives a list of items she is supposed to bring to the house.

The campaign’s goal is to encourage people to demand an end to the dowry practice by stating #StopJahezkhori. Hope this will fire some change in the current circumstances and will be a leap in the history of #NayaPakistan.