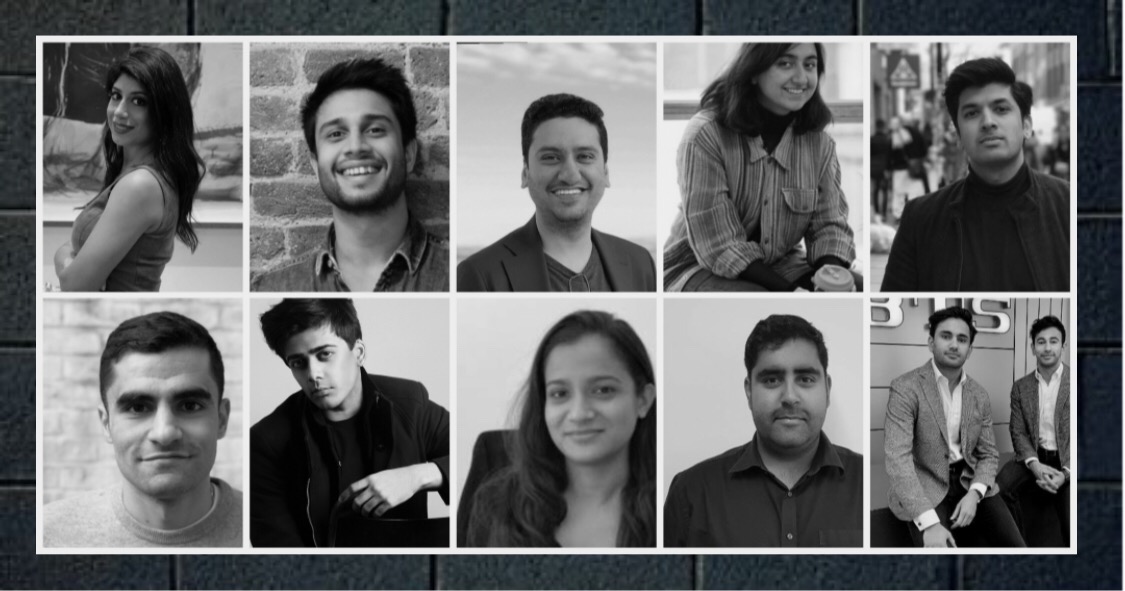 With the release of #ForbesUnder30 Europe edition, the Desis being celebrated and acclaimed for their hard-work and forward-thinking innovations have grown. Their innovations in the field of art & culture, manufacturing & industry, media & marketing, retail & e-commerce, science & healthcare, and technology are impressive. Check out who these are:

He opened Amar Gallery to support post-war and contemporary female artists and intends to address the gender imbalance in the art world. His collection presently showcases Renee Cox, Helen Frankenthaler, and the Guerrilla Girls. Besides, his gallery runs the online platform called Curated which supports the up and coming female artists. More than $3 million were made by the gallery in 2018.

It was during his undergraduate days where Afshar ventured into his first hardware building startup. Eventually, while doing his Ph.D. in Chemistry at Imperial College London, he got upset with a large number of manual lab processes that were highly inefficient and inaccurate. This motivated him to start building automation for his lab-related tasks. He met Ignacio Willats in the year 2016 and co-founded CellWorks, which is a general lab automation company. It assembles machines that robotize the development of human cells for biotech organizations which utilized in exploring new treatments for various ailments.

This dynamic lady’s career has been all about launching and scaling disruptive technology businesses. CEO and Co-Founder of Vivahouse, Gahir, makes co-living spaces utilizing a quick construction system, which helps in diminishing the cost and time of construction by almost 50%. In the past Gahir has worked for WeWork as an international expansion lead overseeing the expansion of the company in the market. She is energetic about spreading creativity, and everything related technology and business entrepreneurship.

The Chief Commercial Officer of Skytree, Shubham Sandeep is another stalwart to have been appraised by Forbes. Skytree is a high-technology company that has its expertise on extraction of carbon dioxide from closed indoor spaced spaces such as buildings and automobiles in order to reduce energy costs and give a cleaner indoor environment. His experience spans across the domains of investment banking, consumer technology and clean-tech & mobility. Shubham is an electrical engineering graduate from the Indian Institute of Technology, Delhi. He has worked with Deutsche Bank as an Investment Banker and co-founded one of the earliest rooftop solar ventures in India which merged with Amplus Solar which is India’s largest rooftop solar platform funded by I Squared Capital, a US private equity fund.

The Engineering Company that develops software to fast-track the baseline engineering design procedure was founded by Parikshat Singh. The software of this company was designed by experts from Google, Improbable, and Facebook and aims to allow an individual engineer to finish design processes for mechanical hardware which currently needs huge teams. Singh has also been the mastermind in the creation of smaller rocket engines, baby hover-crafts, mission architectures, and electric scooters to Mars.

Predina was founded by Meha Nelson in collaboration with Bola Adegbolu. They use Cloud computing and AI to create an analytics platform which would dynamically predict and help in avoiding road accidents in real-time. Their aim is to prevent accidents and save lives so that the economic costs caused by road accidents can be reduced. Nelson is an Amity University Graduate and has worked in Genpact and HCL India before joining Textensor Ltd., and Opus2 International in the UK.

Starting his career at 22 years of age, Mehta is the youngest manager at Estee Lauder Companies. He worked his way up and is currently the Senior Global Digital Manager for Dior at just 25. He focuses on various modes of marketing such as influencer, affiliate, and social. He is also an ambassador for PETA, Dogs Trust, and UNICEF

The BTS group was initially created by their father as a small knitwear factory in the year 1986. It was in 2013, when the company almost collapsed, that the brothers decided to abandon their private equity and investment management careers to save their family business. Since then there has been no looking back. The company specializes in the manufacture, design, and supply chain management of fashion wear to top high street retailers throughout the Middle East and the and has well-known retail partners such as Boohoo.com, Arcadia Group and so on.

Khanwala (CEO) and Bhardwaj (CTO) are the co-founders of UK-based MishiPay, a mobile self-checkout solution for brick-and-mortar stores. With MishiPay, shoppers can pick up a product, scan the barcode and pay with their phone, and leave the store with their purchase. The technology integrates with retailers’ existing systems with no additional hardware. According to MishiPay, the app increases basket size by 5% and it has a 46% in-store conversion rate. They have raised GBP 2 million to date and work with seven retail partners including Decathlon, MediaMarktSaturn and Leroy Merlin.

Visulytix created by Kay Lakhani has been a great help for screening patients for blinding eye sicknesses such as macular degeneration, Glaucoma, and diabetic retinopathy. This is particularly helpful when patients can’t get to an ophthalmologist. He aims to create powerful AI systems which augment the workflows of clinical decision makers.

Since coding was more of a male-ruled industry, this London-based Desi established a coding school for non-binary individuals and ladies. Notwithstanding the expanding quantity of female developers, the organization utilizes finance from paying students in the United Kingdom to finance free projects to women in Mumbai. She is also the director of London accelerator Backstage Capital, which exclusively invests in ladies, LGBTQ+ founders, and people of color.

LSE graduate Tushar Agarwal is the CEO and Co-founder of the British startup Hubble. It has turned into the biggest online market to lease office space in the UK. The clients of Hubble use the platform to lease, manage and share office space and it is a cross between Booking.com and WeWork and backed by Zipcar, Wealthfront and GoCompare. In January 2019, the organization scored a Series A of $4 million.

Tune In Tuesdays – ‘Make You Mine’ By Rianjali