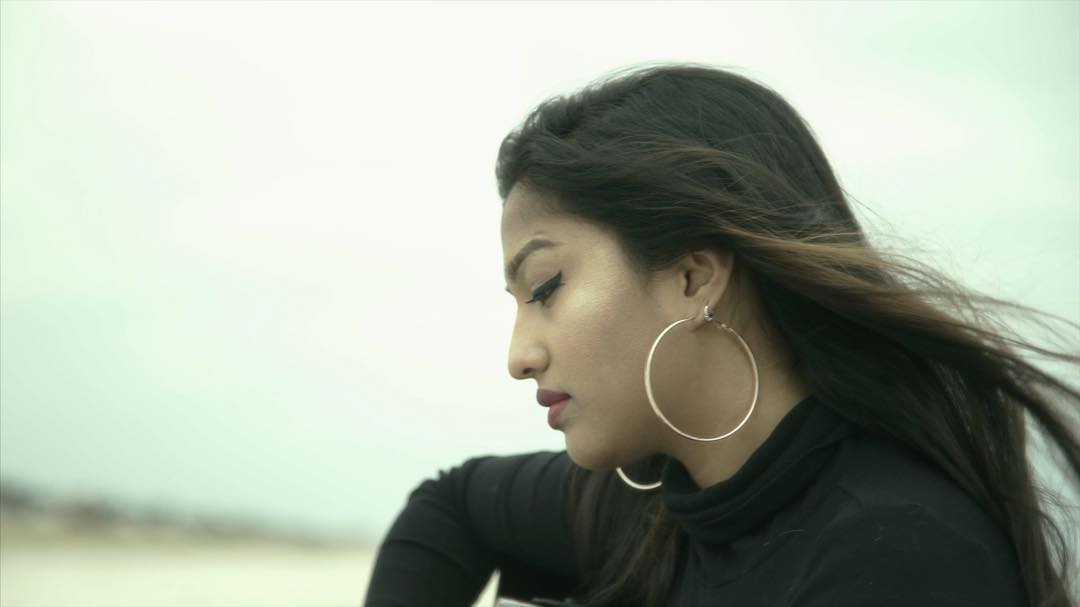 A budding musical artist, , has been quietly stirring the world with her soulful voice. With her latest single and debut EP releasing this week, we turned a spotlight on her for our Tune-in-Tuesdays.

, whose real name is Deepanjali Bhowmick, is a New York-based Desi who has been invested in music since she was 6-years-old. Singing is in her genes as her father was a well-known singer in Bangladesh. She grew up listening to music and it paid off as she has worked with genius, A.R. Rahman. Rianjali is Rahman’s music supervisor and is also the vocal teacher for his kids, Ameen and Rahima.

That’s not all though, she has worked on Bollywood projects and had even lent her voice for two beautiful tracks for Sridevi’s movie “Mom”. But it is her ongoing work with Rahman since a year which has finally helped her release her single for her debut EP.

‘Make You Mine’ is the first song written by and she wrote it in less than 20 minutes. Amazing, right? It is also A.R. Rahman’s favorite songs from her album. It was when they were shooting for his debut film “Le Musk” when he told her it is time to shoot an official video for her song. It was a long wait but her song is finally out now.

‘Make You Mine’ will leave you nostalgic with its beautiful lyrics and melodious music. The song talks about the uncertainty about love but also about its continuity and describes how beautiful this bittersweet feeling actually is. The song is quite soothing and pleasant and makes for the perfect romantic backdrop.

Check out her video right now!