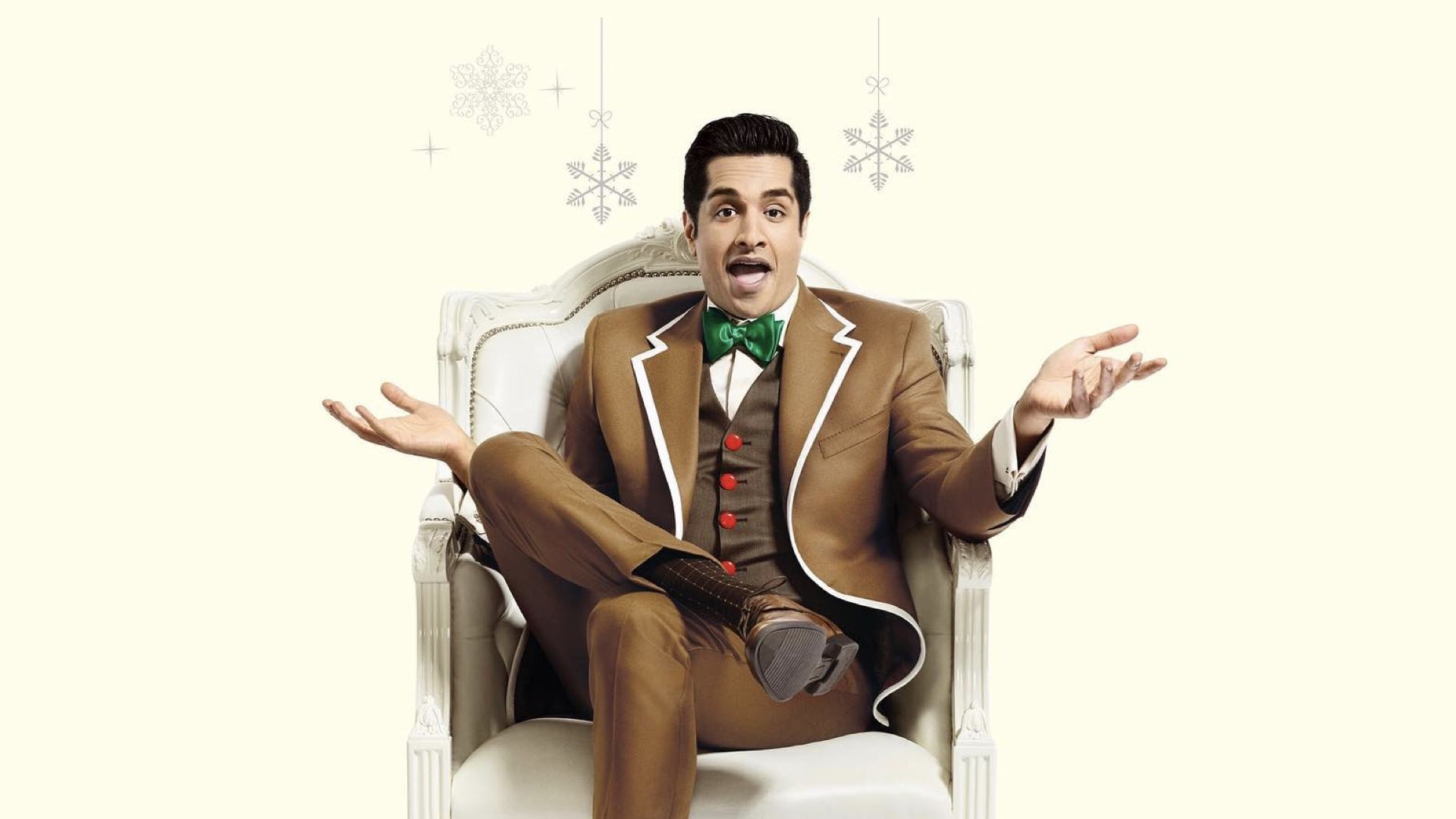 Saqib Saleem And Harrdy Sandhu To Bat For “83”

Canadian Superstar Sugar Sammy will return to the famed comedy venue Carolines on Broadway (1626 Broadway, between 49th and 50th Streets) in New York City to  from today, Thursday, February 21st – Saturday, February 23rd.  He is one of the hottest comedians on the international circuit for live performances, TV appearances and comedy festivals. His credits include HBO Canada, Comedy Central Asia, Comedy Central India, The Comedy Network and many more. He has also headlined many festivals in Sydney, Cape Town, Johannesburg, Melbourne, Auckland, and numerous times at Montreal’s Just for Laughs Festival.

We caught up with him just as he is all set to begin his tour of NYC, and chatted all things Sammy!

DissDash: How did Sugar Sammy arise from Samir Khullar?

Sugar Sammy: When I was in the U I used to throw parties and I’d always let the ladies in for free, so they nick-named me Sugar Sammy and it just stuck. Also, Indian people never go by their real first name.

DissDash: What or who inspired you to get into the line of comedy?

Sammy: When I was a kid, I convinced my mom to let me rent Eddie Murphy’s “Delirious”. I re-watched that special a hundred times. It was the most amazing thing I’d ever seen. I knew right away that’s what I wanted to do. I also used to stay up way past my bedtime to watch Johnny Carson on ‘The Tonight Show’. These two were the spark for me.

DissDash: Are the French your favorite audience?

Sammy: I can’t say I have a favorite audience. A huge part of my work that I really love is adapting to different audiences. What’s fun about the French is that I can push very far with my humor. I have to, they’re masochistic. They don’t laugh unless they’re being abused. Haha!

DissDash: Who is your current favorite character from the political sphere and why?

Sammy: I have always been a fan of JFK. I religiously watch documentaries about his life and his assassination. He’s a legend. I also love Bill Clinton. Basically, anyone who’s cheated on their wives.

DissDash: You have started 2019 with a bang. What plans do you have for the year?

Sammy: I started this year with my US tour. I have to say I missed the North-American market. The US crowds love participating, which always makes for great improv. After the States, I’m going to continue my residency in Paris in the spring, then if all goes to plan I’ll be touring Canada next fall, as well as touring France in October through December.

DissDash: Which has been your most memorable show till date?

Sammy: My bilingual show ‘You’re Gonna Rire’. That show was built for a Montreal audience, it’s home and it’s what I know best. We ended that show outdoors at ‘Just for Laughs’ in front of a crowd of 115000 people. I think it really spoke to Montrealers, the turnout was unreal.

DissDash: How do you deal with the controversies?

Sammy: I live for them. I’m already starting to hire my crisis-management team for when I launch my next few tours. You can’t make everyone happy with comedy, especially if you’re being completely honest up on stage.

DissDash: Is being a South Asian a boon or a bane in your industry? How so?

Sammy: It’s a boon. Being raised as an Indian in Côte-des-Neiges, the most multi-cultural city in Canada; has given me a world of perspective and opened my mind to so much. It gave me so much to talk about on stage.

DissDash: What inspires you?

Sammy: My parents, my siblings, the world, any sort of shift in my life or in the world. For me, It’s pointing out our differences and celebrating them.

DissDash: Are you excited about the NY show?

Sammy: I’m very excited. I love the club that I’m performing at, Caroline’s on Broadway. It’s a big enough room, but the comedy club vibe lets me be loose and play with the crowd. I was there in 2017 and I’m really looking forward to taking the stage with my new material.

Check out Sugar Sammy’s performance at Carolines on Broadway:

Tickets are $32.75 per person, plus a two-beverage minimum and can be purchased online at http://www.carolines.com/comedian/sugar-sammy.

Saqib Saleem And Harrdy Sandhu To Bat For “83”