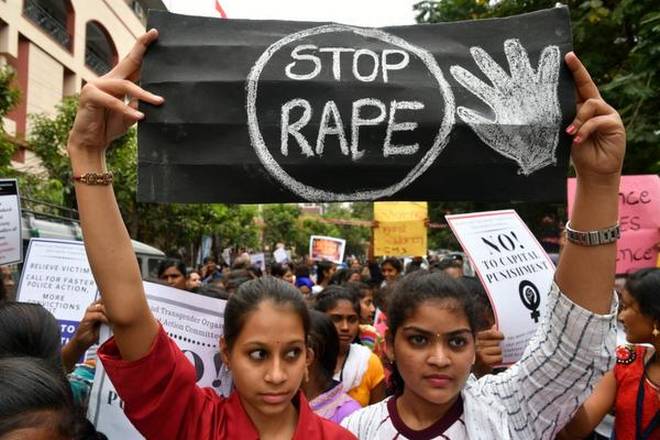 As the winter winds began to sweep India, we felt the chill to our bone, but it was not because of the weather. The unfolding story of the planning and execution of the recent rape and murder of a 26-year-old Veterinarian was so gruesome that we found ourselves flinching with every sentence of the news reports. Again they called her India’s daughter, and again we wish there are no others.

Four men who raped the 26-year-old woman before strangling and setting her on fire near Hyderabad, Telangana on Wednesday night planned the gruesome assault in the evening when they saw her park her scooter near a toll booth, police documents reveal.

When she returned, the men approached her, pretending to help her and forced her into a bush nearby and switched off her phone. As the woman kept screaming for help, the men forced whiskey down into her mouth to silence her, the police report said.

The four men then undressed her and took turns to rape her till she fell unconscious and started bleeding. When she started coming back to her senses, the men smothered her to death. They wrapped the body in a blanket, loaded it onto the truck and carried it 27 km away, placed it under a bridge and set it on fire with petrol.

When it comes to Indian roads, women aren’t as afraid of being hit by a speeding car as much as they’re afraid of potential harassment, violence and, in this case rape and murder.

Time and again, India has topped international lists of being one of the most dangerous countries for women. Whenever such an incident happens, we see politicians giving big speeches hailing “India’s Daughter”, social media bursting with rage, and people participating in candle light marches and protests.

But the question remains, how do these things help?

Has the justice system improved? Do cases of sexual assault and violence against women get resolved efficiently and strictly?

No. The punishment for the crime of rape is still the same and unless the case is hyped in the media, the victims can only hope to get justice in their lifetime.

Has the behavior of the police towards complainants and victims of sexual assault become any more empathetic?

No. Even in this case the parents of the victim had to run from one police station to the other to file a missing persons report and then ultimately went out themselves to look for her, when the police could not decide the jurisdiction.

And most importantly, do the people of India still blame the girl for the rape?

Yes. They still do. It is still about why she was out late, or what she was wearing, and how she talks to boys. Slut shaming and character assassination of the woman is a must and you will always find some people trash talking about the victim.

The change has to come from within. Unless the mindset of the people changes – unless there is true equality between the genders, there will be more India’s daughter, who will have to pay with their lives for being born in a country which time and again fails to keep them safe.