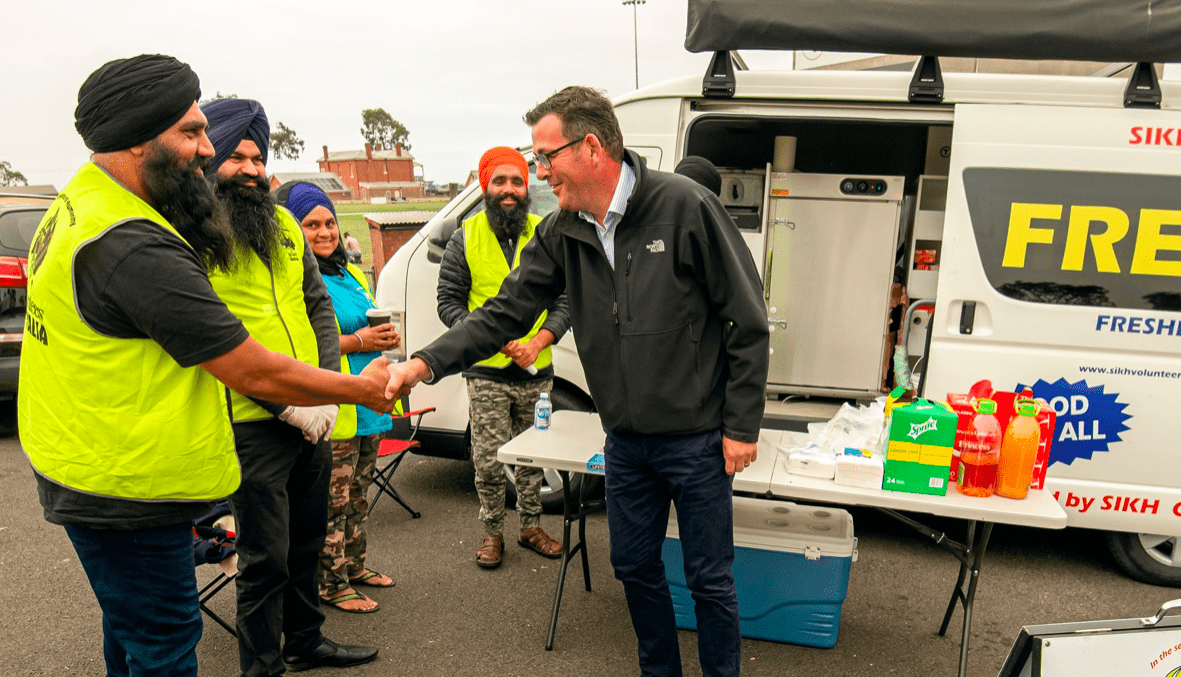 As devastating bush fires continue to rage in Australia, stories of help are spreading hope. Sikh volunteers who have gathered in Victoria to give free food to the unfortunate casualties of this calamity have been hailed as “legends”.

Individuals from the Melbourne-based Sikh Volunteers Australia have been playing an important role in serving the fire-affected locales consistently, and have served several individuals throughout the week.

The tweet from Premier Daniel Andrews confirms the same.

“There’s a saying that in a crisis, we should look for the helpers. These legends from Sikh Volunteers Australia drove up to Bairnsdale from Melbourne on Monday – and they’ve been serving free, hot meals ever since. People helping people. That’s what Victoria is all about.”

They normally give free meals two times per week to those deprived around Melbourne, however, the member of this community Jafwinder Singh said this “disaster” was too large to overlook. 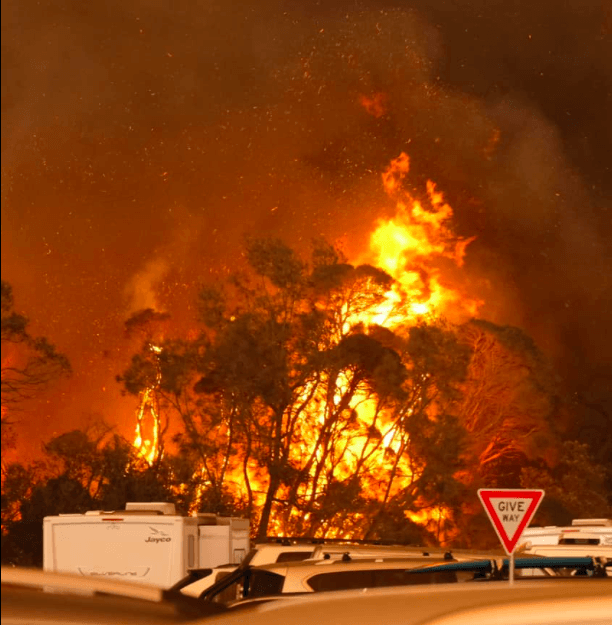 As per sources, they chose to come here and serve the individuals as much as they can. With the help of their database of in more than 100 volunteers, most of them were ready to come and help. He also said that since it was incomprehensible to prepare all the food and bring it down to Victoria from their base at Melbourne due to the four-hour journey,  local people have assisted by giving kitchens to them to utilize.

These volunteers have always been known for their community service and empathy and they have added that they will remain in Victoria until the circumstance gets normal. As of now, two individuals are dead. Fortunately, of the 28 missing, 22 have been found. 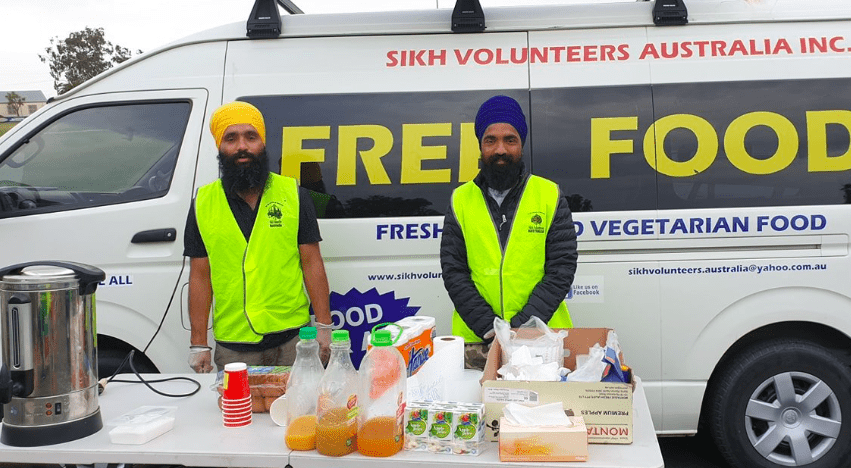 These monstrous bushfires keep on tearing through Victoria’s east. Just about 50 flames were seething in the state on Friday evening, overwhelmingly in East Gippsland, the Alpine area and the upper east.

We join our hands in prayers for Victoria. If you feel generous enough, you can make donations on the link below:

Geoengineering – The Future Of Climate Change Or A Bust