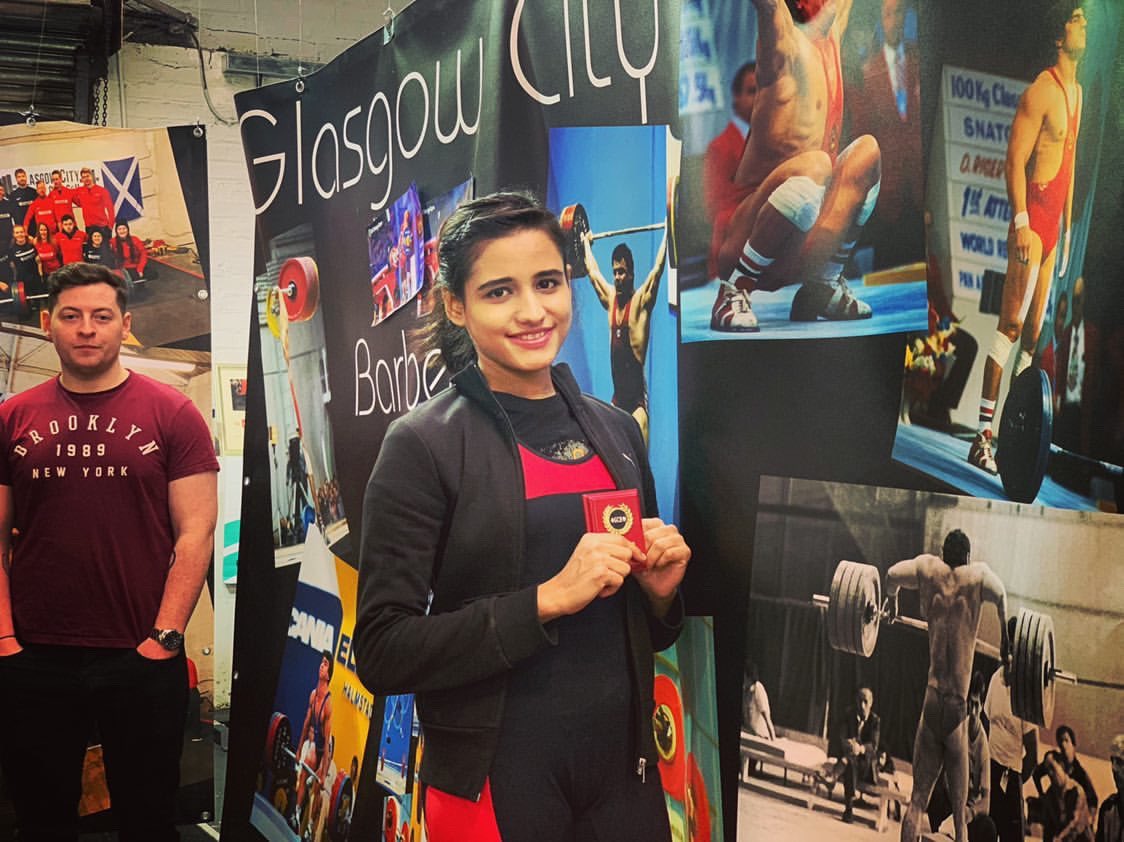 Pakistan is blessed with talented individuals who are striving hard to make their country proud. At just 21, Rabia Shahzad, a professional Pakistani weightlifter has won gold at the Glasgow Open Classic Weightlifting Championship 2020.

It is not the first time the professional weightlifter has earned massive respect in a foreign land. Last year, Rabia Shahzad had won gold in the United Kingdom (UK) Championship and it was indeed a huge achievement for Pakistan.

She had an inbuilt interest, as a child. Rabia Shahzad used to wrestle with her father & had one major encounter with 4 boys in 4th grade, who eventually ran away from fear after getting a good beating from Rabia.

As told to Parhlo.com, she was quite inspired by her father, and he is her role model and always supported her financially and emotionally. Rabia Shahzad had no support from any Government institution, and she did not wait to rely on them as well.

Being a girl, all alone from Karachi to Manchester (in 20 hrs) & then Manchester to Glasgow (in 6 hrs), I have Alhumdulillah been successful in securing a Gold shield in Glasgow Open Classic Weightlifting Championship 2020. #womenempowerment #PakistanZindabad #weightlifting pic.twitter.com/OHRnc0dhyc

Certainly, it wasn’t quite easy for her to achieve the champions’ title but it was definitely worth it. We really hope that with a former sportsperson as the Prime Minister, the young athletes of Pakistan will get better support from the government.

Congratulations to the young woman on winning gold in the weightlifting championship that happened in Glasgow. Keep shining bright!