We may have just celebrated International Women’s Day with aplomb, but the gory reality of rape and abuse against women remains a haunting issue. Kajol’s debut in the short film category is the hard-hitting “Devi,” which subtly shouts out that nothing is ok. 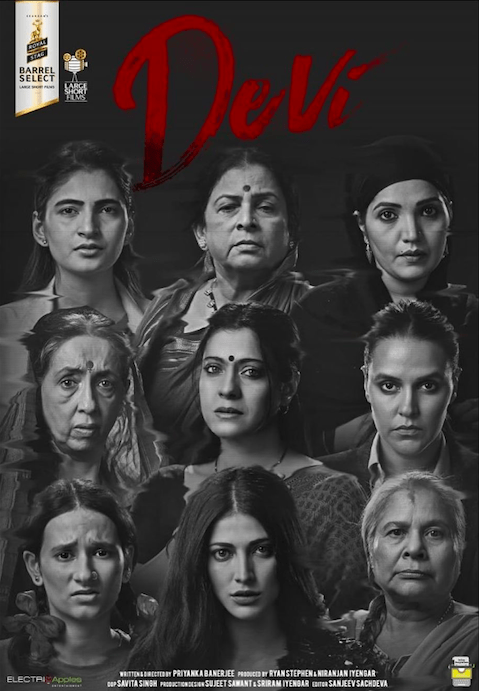 “Devi” also comes in the backdrop of India grappling with the mockery of the judicial system and the way it is being forced to delay the execution of the rapists of the ‘Nirbhaya’ Delhi gang-rape case of 2012. Exploiting every provision available to them by law, the execution date of the convicts has been getting postponed for over 2 months now.

It has been close to eight years and the headlines are now about the hanging of perpetrators as the Supreme Court takes the decision on their mercy petitions. Thousands of women have been raped in the interim, so many killed by their rapists. As per statistics, 32,500 cases of rape were registered with the police in 2017, about 90 a day.

This short film, “Devi” directed by Priyanka Banerjee and featuring Kajol, Shruti Haasan, Neha Dhupia, Neena Kulkarni, Mukta Barve, Yashaswini Dayama, Sandhya Mhatre, and Rama Joshi depicts how nine women belonging to different strata of the society are brought together by circumstances and end up forming a sisterhood after they share their stories of abuse. 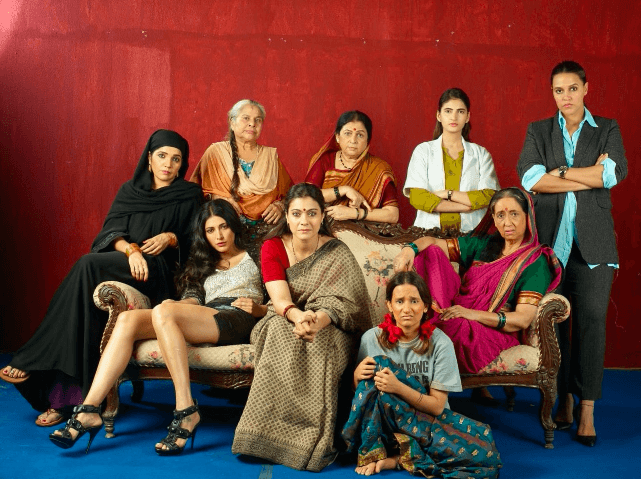 Presumably dead, all are victims of rape or sexual assault. Holding them together is the quiet but fierce Kajol, who makes her entry with a puja thali in hand. As she offers her prayers, the irony couldn’t strike harder. Here is an avatar of the goddess worshipped by those countless men who didn’t bat an eyelid while unleashing the brutality on the women.

The others range from a rich alcoholic (Shruti Haasan) to three Marathi women from rural areas. Then there is a burqa-clad lady who is seen waxing her leg when we first meet her. A city dweller (Neha Dhupia) is lost in her own thoughts, while a young girl (Shivani Raghuvanshi) is busy studying for her medical exams. Another mute girl (Yashaswani Dayama) is busy trying to fix the TV. As soon as the news channel blares out yet another case of a gruesome crime, silence and fear reign in the room.

Another victim rings the bell, and a heated debate ensues as to whether or not to allow her in the room. During the course of the discussion, the women open up about their abusers and the manner in which they were assaulted. But nothing prepares us for the devastating closing shot.

Reminding us strongly of the Kathua rape of an 8-year-old girl, in walks a little girl, which reigns back the reality that no matter what age, stage of life, social status, religious background, etc., a woman may belong to, she will always be vulnerable to abuse.

Watch it. “Devi” will hit you hard, and perhaps that’s what India, as a country, is waiting for from the judiciary and the government, in which, it is obliged to have faith in.