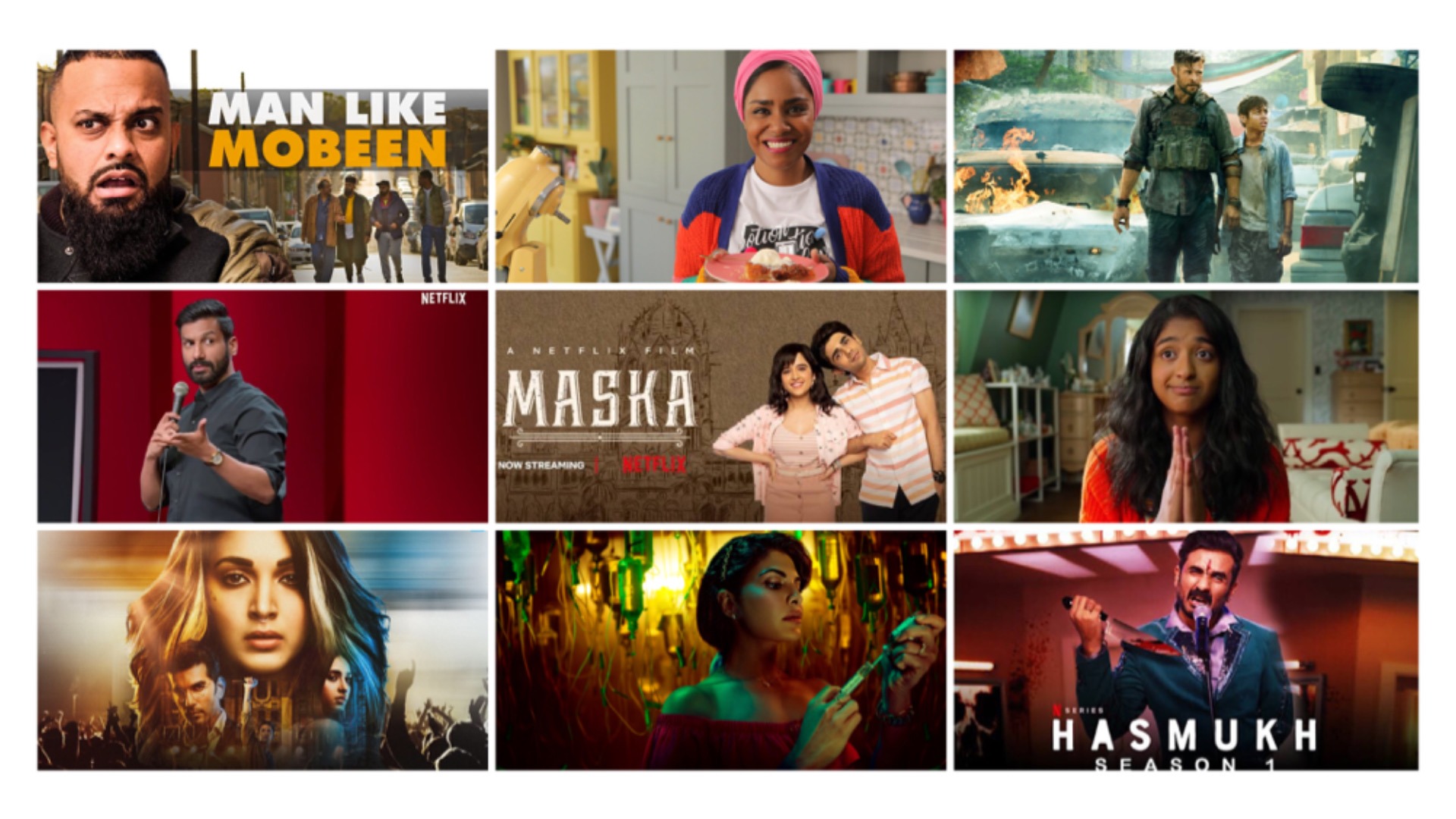 With quarantine season keeping us all trapped at home it can get a bit crazy. But fikar not kids, Uncle Netflix, the fun-uncle is here to brighten your day.

Netflix has an international audience and has been releasing tons of Bollywood flicks to entice its South Asian audience. There has been an influx of Dharma classics recently trending from “Kapoor and Sons” to “Kabhi Khushi Kabhi Gham” and even films like “Shandaar” and Bollywood classics like “Dostana.” If the massive list of Bollywood flicks is not enough to satisfy your desi kid needs, they also have content that is spearheaded by talented South Asians from across the world.

The streaming services has just released and is gearing up to release quite a few interesting shows and films in the coming weeks ahead that will definitely keep you busy. Check out these highly anticipated films and television shows that you definitely need to add to your watch list!

“Man Like Mobeen” is a BBC show that was created and written by former teacher and comedian, Guz Khan. Khan also stars in the show as the lead, Mobeen. “Man Like Mobeen” is a tremendously hilarious show for South Asians and non-South Asians alike. The relatable characters, witty dialogues, and hilarious hi-jinks will literally have you rolling on the floor laughing in every episode.

Even with the ridiculous circumstances, the characters tend to find themselves in, Khan finds a way to touch on serious issues such as racism, poverty, racial profiling by the police and more. Mobeen and his crew are back for season 3, and though it is just as hilarious as the first two, season 3 has a darker twist to it. This show is out now and is highly recommended.

Vir Das and Ranvir Shorey star in a new show, “Hasmukh” – a dark crime drama with a comedic twist. Das plays Hasmukh, a shy comedian trying to get his big break while Shorey is his manager and partner in crime. Turns out this rising star has trouble bringing the power on stage, that is unless he’s committed a murder. Hasmukh promises to never kill innocent people, he’s a murder with values of course. Hasmukh and his manager find criminals for him to kill before his come shows so he can retain his comedy skills. The show has just been released on Netflix, check it out now!

Netflix’s latest original, “Maska” is a romantic comedy about a young man trapped between the family business and following his own dreams. This journey of self-discovery and understanding the importance of family history promises to be a heartwarming tale with laughs. The film stars Prit Kamani, Nikita Dutta, Shirley Setia, Manisha Koirala, Javed Jaffrey and none other than Boman Irani. “Maska” is already out on Netflix

4. Never Have I Ever

Mindy Kaling’s latest creation, “Never Have I Ever” is a hilarious portrayal of what it’s like for an immigrant kid to grow up in America. The show follows the life of a young Indian-American girl who, along with her two best friends, are working to gain popularity in their sophomore year of high school. She’s taking on everything from high school parties, and trendy fashion to losing her virginity while trying to balance overbearing Indian parents. This teen romance is most definitely everything you wish your high school experience was. This highly awaited show will be releasing on April 24th.

YouTuber, actor, and comedian Kanan Gill is ready to drop his first Netflix comedy special, “Yours Sincerely, Kanan Gill.” Gill revisits his original life goals in a letter he wrote in his youth to his older self. The witty comedian has built his career from viral videos on YouTube such as his “Pretentious Moview Reviews” and has gone on to star in films, sketch comedy shows like “The Living Room” on Comedy Central and launched his show “Keep It Real” on Amazon Prime. The special will be released at the end of this month on April 24th.

The gorgeous Chris Hemsworth teams up with Randeep Hooda and Rudhraksh Jaiswal for an action-adventure flick titled “Extraction.” Hemsworth plays a ruthless mercenary who gets trapped in a race for survival when he is sent to Bangladesh to extract the son of drug lord when there is a war between India and Bangladesh’s biggest drug lords. This action-adventure drama promises to keep you at the edge of your seat! “Extraction” releases later this week on April 24th.

Jacqueline Fernandez takes on a unique character in the upcoming film that showcases a whole new side to the gorgeous bombshell. “Mrs. Serial Killer” is a dark thriller that revolves around a happily married couple, played by Fernandez and Manoj Bajpayee. Bajpayee plays a doctor who gets arrested for the murder of 5 young girls and to save him, his wife commits a copycat murder to prove his innocence. This twisted tale will be releasing on May 1st.

“Guilty” is a dark thriller about a group of friends in a band in college who have their lives turned upside down after one suspicious night. When one of the band members is accused of rape by a young fan named Tanu, all the members are under question and everyone is pointing a finger at someone else. Whether the accusations are true or not is also placed under fire and there is no way to find out if Tanu is telling the truth or out for revenge. Who can you trust?  Starring Kiara Advani, Akanksha Ranjan, and Gurfateh, “Guilty” proclaims to be an edge-of-your-seat suspense-filled thriller. This flick is already out on Netflix, so be sure to check it out.

Nadiya Hussain is a renowned Bengali British baker and author who rose to fame in 2015 when she won the reality show, Great British Bake Off. The mother of 3 has taken over British media as the girl-next-door and they have fallen in love with her sweet desserts. She’s baked for many people from royals to celebrities since her rise to fame and now she’s got her own show on Netflix! Season 1 of the show will be releasing soon and it follows the chef as she finds life hacks that make cooking easy so that we can all spend more time with our families. Nadiya’s show will be releasing later this month.