Legendary stars Amitabh Bachchan and Rishi Kapoor bring the energy, dance moves, and even their own singing voices out for the new song Badumbaaa from their upcoming comedy 102 NOT OUT which releases in North American cinemas on May 4. This ageless comedy brings together Indian Cinema’s two biggest stalwarts after 27 years with the legends playing a father-son duo for the first time. 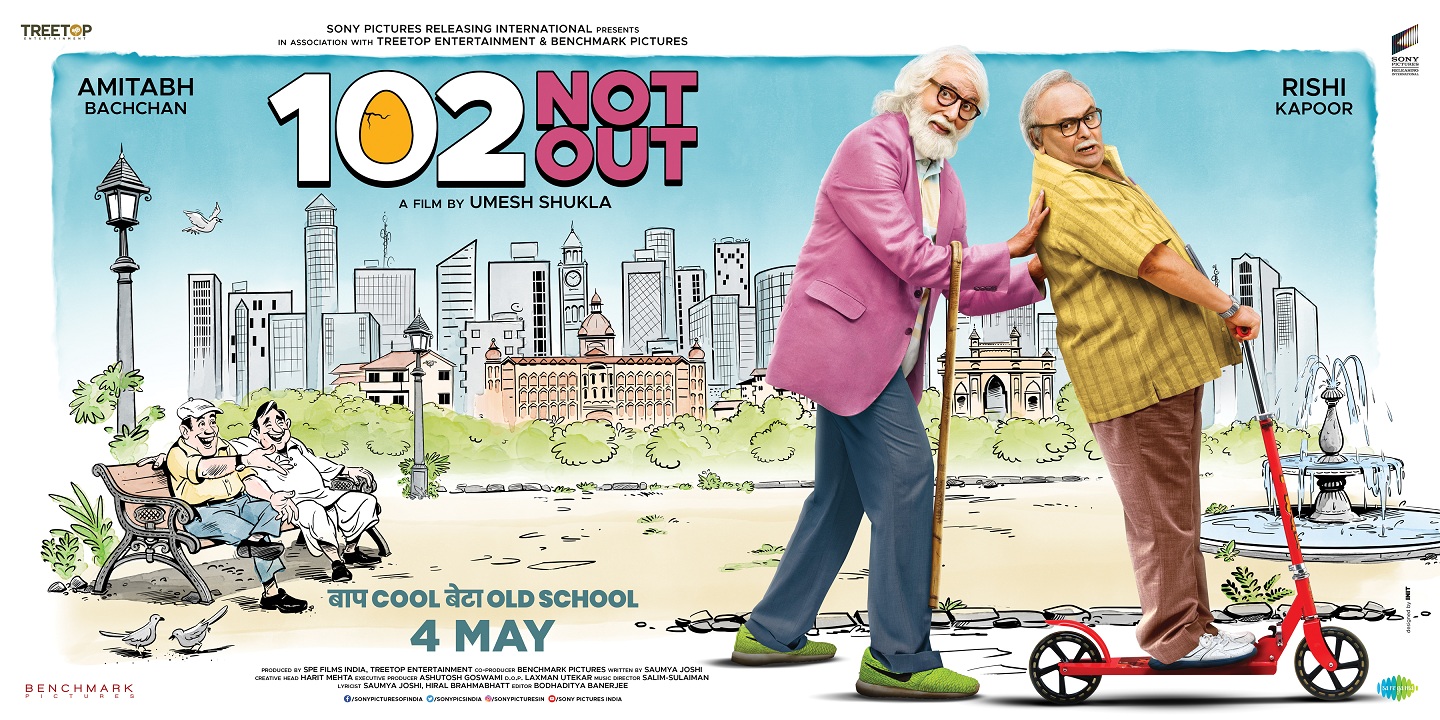 Sony Pictures Releasing International presents, 102 Not Out in association with Treetop Entertainment and Benchmark Pictures. The film is directed by Umesh Shukla.

102 Not Out is an ageless comedy that brings together Indian Cinema’s two biggest stalwarts – Amitabh Bachchan and Rishi Kapoor – after 27 years with the two legends playing father-son duo for the first time. 102 years young, Dattatraya Vakharia (Bachchan) lives life to the fullest and wants to break the record of oldest living man – that’s held by a 118 years old Chinese. Dattatraya wants to live a stress-free life in order to become the oldest living man. However, there is only one hindrance – his 75-year-old son Babulal (Kapoor) who has resigned himself to a life of old age stuck in drudgery. Dattatraya now must find means and ways to change Babulal’s sad and grumpy demeanor so that he doesn’t become a deterrent in breaking the record. Little do they realize that this roller coaster ride filled with comedy, emotion, and commotion, will change them and their relationship forever.

Isn’t this cool? Stay tuned for more on the movie and make sure you watch it!