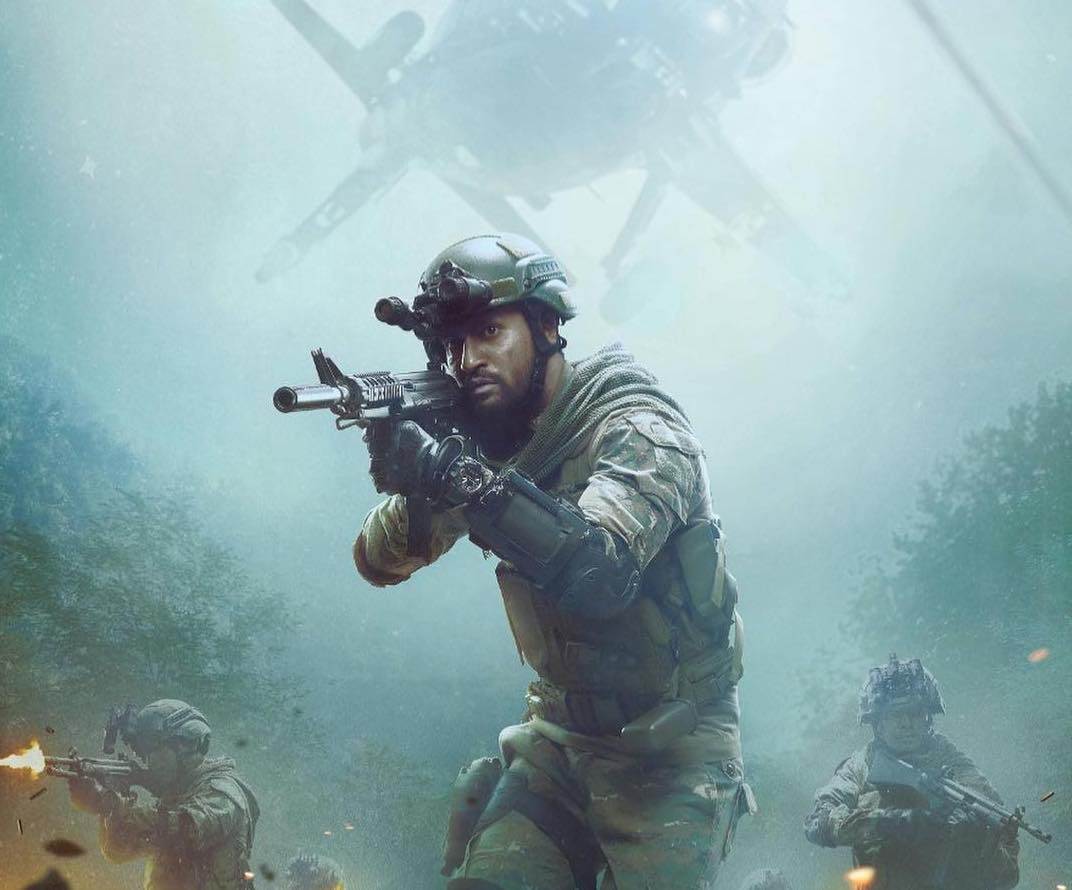 2018 saw the victory of scripts over big names in Bollywood. The most memorable performances were not by the stars or the star kids, but the lesser known self-made actors. The industry saw standout performances by actors like Radhika Apte, Ayushman Khurana, Vicky Kaushal, and Nawazuddin Siddiqui.

Hence when the first release of the year was that of Vicky Kaushal, “Uri: The Surgical Strike”, expectations ran high. Needless to say, the film has some of the great performances by Vicky Kaushal, the seasoned actor, and BJP MP Paresh Rawal.

But the premise of the film, its treatment, endorsement, and timing are being questioned. The controversy around the film is that it promotes extreme nationalism and jingoism in the crucial general election year in India. The director of the film, Aditya Dhar claims that the film got the nod from the Prime Minister himself.

The film has also found support on social media from Bollywood celebrities like Karan Johar, Ranveer Singh, Ranbir Kapoor, Alia Bhatt, Rajkummar Rao, Ayushmann Khurrana, Ekta Kapoor, Siddharth Malhotra, Varun Dhawan, Bhumi Pednekar, and Rohit Shetty. Interestingly enough, these stars met the PM on January 10th, to ‘discuss the participation and contribution of these youth icons from the Hindi film industry in nation-building’ and even posed for a groupie with him.

While the reality of the 2016 Surgical Strike (on which the movie is based) itself has been questioned, and with both Pakistan and the United Nations denying that it ever happened, the Indian government and media heroes the alleged mission. After over two years, most people who did not follow the news of the surgical strike across the globe, due to illiteracy or economical reasons, are most likely to believe the story as told in 2019.

Cinematic experience is one of the most popular media of communication as it has a great outreach and immense impact on the audience. This is one of the reasons there is always a disclaimer, even in cases where the screenplay is based on a ‘true story’ (like in case of Uri), because there is so much creative liberty taken. The problem such adaptations pose is that it rewrites the story and in some cases history such that the audience believes the incidents of the visual medium to be true.

The film in itself, minus the ‘true story’ claim, has good performances, stunts, action, patriotism, high emotions. It is a tribute to the soldiers who put their lives on the line for the nation and its citizens day after day. But having said that, the glorification of war, political endorsements, and most importantly the timing of the release of the film is under the scanner. The film validates the version of the Indian government above the United Nations.

The current BJP government in India, has in the past, successfully used social media and drastic legislation to change the narrative at crucial times. The demonetization around UP election, the spree of renaming of historical towns and cities to more Hindu names in 2018, and now the endorsement of films like “Uri: The Surgical Strike” which make BJP look heroic, and “The Accidental Prime Minister”, which makes the opposition look bad.

As movie lovers who enjoy the independent and creative thinking associated with filmmaking, we sincerely hope that Bollywood can brush aside the politics, to only showcase their creative genius while showing their tribute to Indian soldiers. Also we hope that movies that bring people and countries apart rather than together, not be endorsed. There is nothing good about war and its casualties.