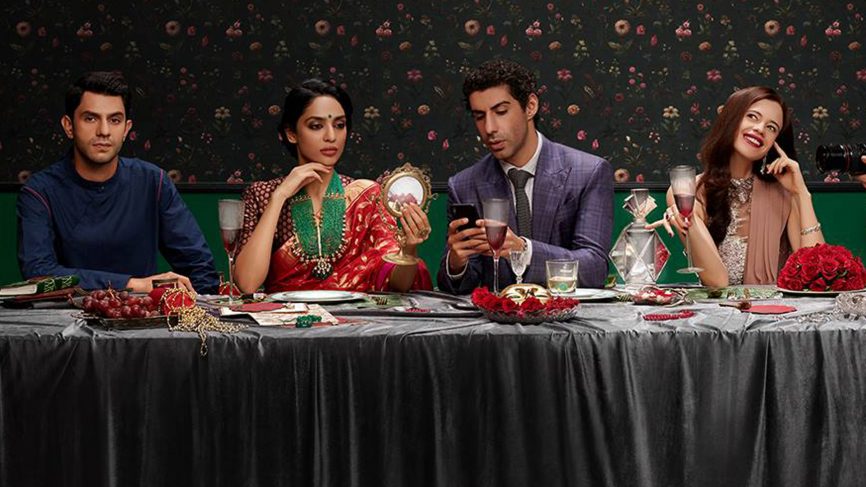 The world of web series has started changing the Indian entertainment industry. Besides Netflix’s “Sacred Games” and “Delhi Crime”, it is Amazon Prime’s “Made In Heaven” which has garnered a great fan following, along with critical acclaim. This series created by Zoya Akhtar and Reema Kagti revolves around the upper class of New Delhi, touches several taboos and yet does not fail to entertain.

The story is centered around business partners Karan Mehra (Arjun Mathur) and Tara Khanna (Shobhita Dhulipala), who are wedding planners and their company goes by the name “Made In Heaven”. They both have troubled personal lives yet invest their money, energy, and soul in making their company successful by planning marriages and also handling the many complex problems attached to them.

The series focuses on the lives of the leading actors and it is through the various marriages that we see a spectrum of issues. “Made In Heaven” has the stamp of Zoya Akhtar all along and she does a great job. The series is set in higher upper-class New Delhi, but it also takes you to Punjab, Rajasthan, and even the dingy lower hubs of Delhi.

As in Akhtar’s earlier hit films “Zindagi Na Mile Dobara” and “Dil Dhadakne Do”, she shows one uncomfortable issue after another in the otherwise happy ultra-rich families. The topics range from dowry, gay relationships, broken marriages, adultery, business deals, and molestation among others. The strength of the screenplay lies in the fact that it does not show only the rich people as calculated. It shows that even the middle class and poorer people can be manipulative and practical in certain situations.

“Made In Heaven” reminds us of Mira Nair’s cult international hit “Monsoon Wedding” (2001), where Nair also showed many uncomfortable facets of an upper-class Indian family in the backdrop of a big fat Indian wedding. The 2010 hit “Band Baaja Baraat” also had Delhi based wedding planners as the leading pair. In spite of these similarities, this series is very different and bold enough to entertain and make us uncomfortable at the same time.

This 9 episode series has a grand star cast, where all actors do justice to their roles. Arjun Mathur is superb and Shobhita is just excellent. The writers and makers handle their relationship very maturely and do not force a romantic angle in them.

In conclusion, “Made In Heaven” is a series which gets the target audience right and succeeds in staying in our minds.