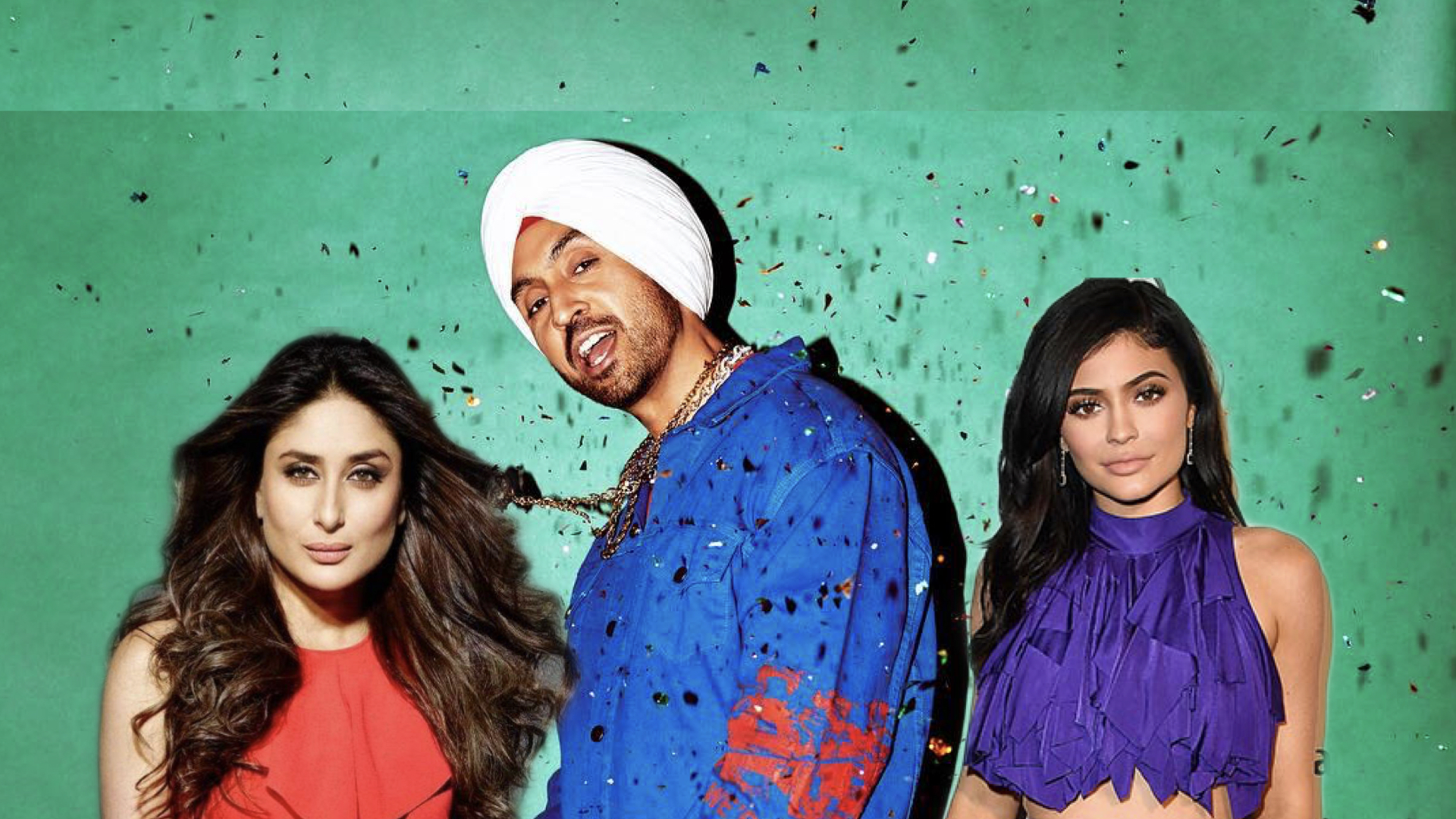 Punjab’s rockstar Diljit Dosanjh’s latest track is an ode to his two favorite women in media, Kylie Jenner and Kareena Kapoor Khan. The song, titled ‘Kylie + Kareena’ speaks of Dosanjh’s dream girl being a combination of the two influencers.

Dosanjh has only released the audio thus far and a short clip of the music video but already the track has fans buzzing and even Kapoor Khan is surprised at the tribute.

Dosanjh told Pinkvilla that he wanted to keep it a surprise from his “Good News” co-star. He actually got the stamp of approval from Kapoor Khan before the track released.

“When the song was ready, I played it to her and showed her the video as well. She loved it,” Dosanjh told Vogue. “Kareena Kapoor Khan is my favorite Bollywood actress. Just like Kylie Jenner, Kareena ma’am is the only one.”

The singer and actor has always professed his love for Kylie Jenner and his admiration for Kapoor Khan. Kapoor Khan and Dosanjh have previously worked together on the film “Udta Punjab.” After the film, she even went on to Karan Johar’s show, “Koffee with Karan” and chose Dosanjh over Baadshah when asked who she preferred. Clearly, their love and admiration is mutual.

In an interview with Rajeev Masand, Kapoor Khan expressed that she is a big fan of Dosanjh herself! She was surprised to learn about the track and honored by the love.

“I’m privileged that he has written this song for me,” Kapoor Khan told Masand.

She called Dosanjh a “fantastic, such a brilliant actor” who “intrigues” her because he is always so polite but so talented. She even said she wants to get to know Dosanjh even more.

Kapoor Khan and Dosanjh will be seen in the upcoming flick “Good News” also co-starring Akshay Kumar and Kiara Advani.