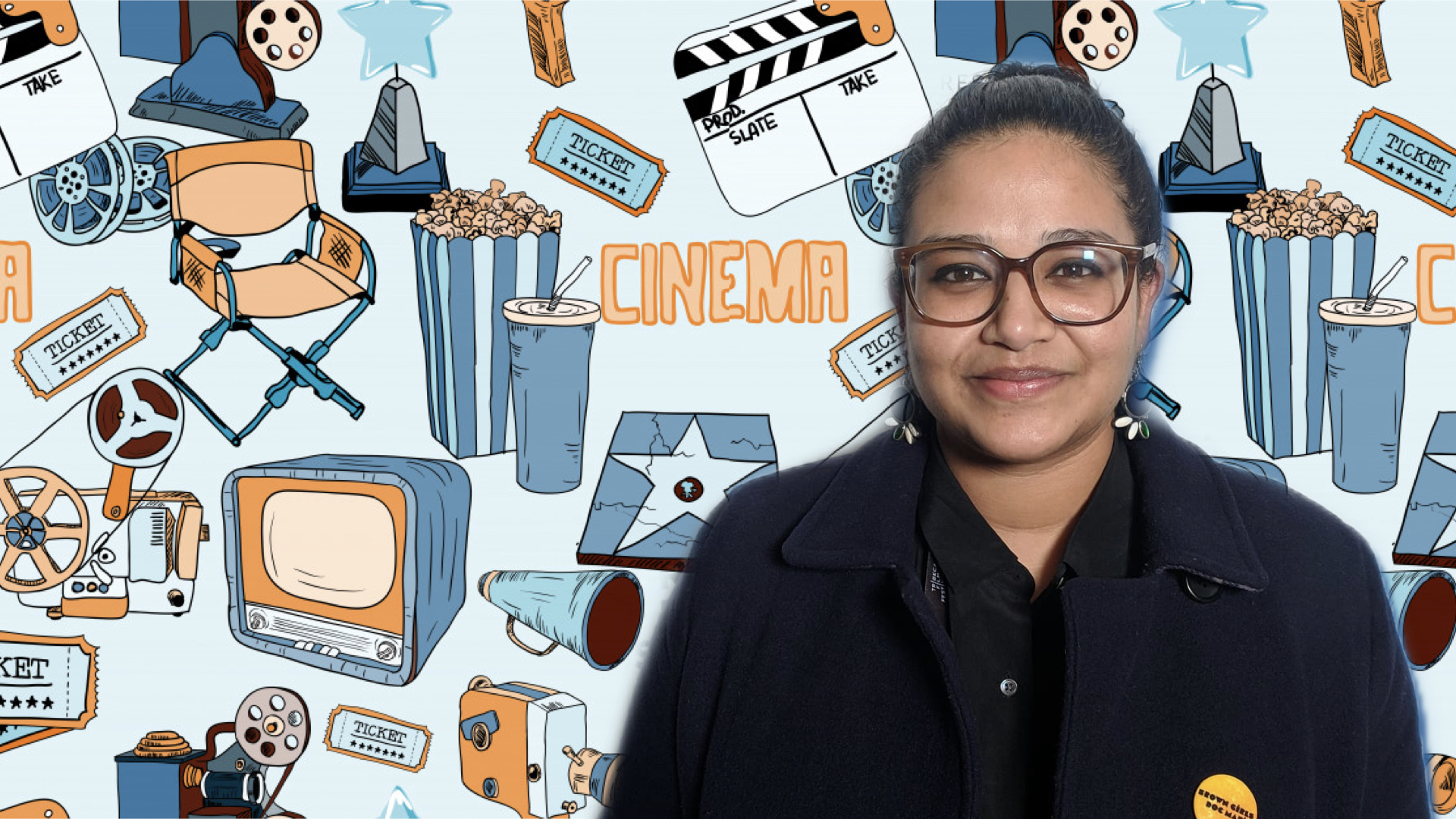 Vatsala Goel, an Indian cinematographer, based out of Los Angeles/Bay Area and Mumbai, followed her passion and her dreams and got into this field at a very tender age. She completed her studies from the Film and Television Institute of India, with an MFA in Cinematography. Since then, she has been crafting beautiful stories for the audience to love and cherish. Three of her films have been displayed at several international film festivals and screened by famous juries. Goel has a number of feature films, shorts, television, and web credits in both documentary and fiction to her credit.

Her work covers topics ranging from genealogy, public education, art for justice, reform in prison policies, and migration of indigenous communities. Goel’s “The Train Leaves at Four” was on NFDC Film Bazaar’s ‘Viewing Room’ list in 2015 and screened in the ‘India Story’ section at the MAMI film festival. Recently she has shot for Netflix, Aubin Pictures, Tribeca Studios, 23andme, and 212Berlin, and is working with Emmy nominated and Guggenheim awarded directors on feature films.

DissDash got an opportunity to interact with Vatsala Goel and understand her vision. Here are a few snippets from the interview.

DissDash: How was your trip to New York? How was the whole experience?

Vatsala Goel: It was amazing. You know, the funny thing is that I had planned to go to the Tribeca Film Festival this year anyway, and then one after the other three of my films popped up and they qualified and premiered. So that was a great surprise and the premiers all went great and I met a lot of people, reconnected with my filmmakers. It was great and New York is amazing.

DissDash: How did you get into filmmaking?

Goel: My parents are artists. So basically, there was a lot of art at home and it was always open for dialogue. It was always assumed that I would do something artistic and so I picked English literature to study in college and while I was studying literature, I picked electives like film studies and journalism. On one side I was learning how to read stories and on the other side I was learning how to read films and there was always this innate need to tell stories. I picked photojournalism in my college years for my undergrad and as luck would have it I got into the International Center of Photography in New York. But I never ended up attending it because it was so expensive. I then applied to the Film and Television Institute of India and got in. It is a very prestigious place to study. Every year, thousands of people apply and they pick only 12.

I got into the film school and studied cinematography as my MFA and completed that in 2014. So now, I was a cinematographer out in the world trying to make stuff. I also got married while I was in film school and moved to San Francisco. I made my first feature film while I was still in school. It was a documentary that we shot in Madhya Pradesh in India and it was about the Baiga tribe. It’s one of the most ancient tribes in the world. It went to the best film festival in the country where some of the highly regarded documentaries are showcased.

DissDash: How did you feel the first time you saw your work at a film festival?

Goel: Very happy I think, but to answer that in a more real way the first time I saw my work being screened in front of maybe 500 people, and when I saw my shot come up on the screen, that was terrorfying, like really scary. And once you’ve gone through that and you see your vision blown up on the screen a couple of times everything becomes normal. Film festivals are great because you get to see how people are responding to a collaborated vision.

DissDash: Do you have a say in the movies as to what things are gonna look like?

Goel: Film making is a collaborative effort. It is a negotiation between the teams and it depends on the chemistry that exists between your director, your producer, and yourself. As a cinematographer, you always try to weigh in into the shooting and the pre-production process, as well as the color grading of the film. The culture in the digital cinematography era is moving swiftly towards the cinematographer not being allowed to contribute to the color grading and we are resisting it as a community because we sort of birth the image so its only fair for us to see it all the way into adulthood.

DissDash: What do you have in store next?

Goel: Right now I am about to shoot a comedy pilot. That’s expected by the end of June or July, they are still fixing up the dates. Besides that, I am working on a documentary that I am making myself and also a film and a music video in San Francisco next month.

DissDash: How do you pick and choose your projects?

Goel: Sometimes you’re lucky to pick and choose and other times you are not because you have got to make rent. So I’m not quite there yet. I hope to be more consistent. I mean there have been times where I had like five projects in my hand and I really had to look at dates not working out and but it’s not something I come across often. So I try to take whatever is offered and make the best of it and at other times it’s really basically the stories. If I find myself in a situation where I can pick, it’s really a negotiation between the story and the storyteller. If I feel a very competent director is offering me something that I don’t fully see the scope of, I am still willing to look at it and ask questions and give them a chance to convince me that this is a good idea.

DissDash: Your parents obviously are very supportive of your career choices, since they have an artistic background. How has that helped?

Goel: My father, unfortunately, passed away last year but he held a government job in India his entire life and I want to take this opportunity to talk about his access to art as a practice and not a profession. We grew up middle class and I find it incredible how he showed us that you can be an artist and yet you do not have an urge to pursue that as a practice. My mom was a career artist actually so it was a good balance watching them sort of lead us into the process growing up.

Vatsala Goel is a true inspiration to South Asian women looking to do something out of the box. Her work speaks for itself and as onlookers we only hope to achieve even a fraction of what she has!