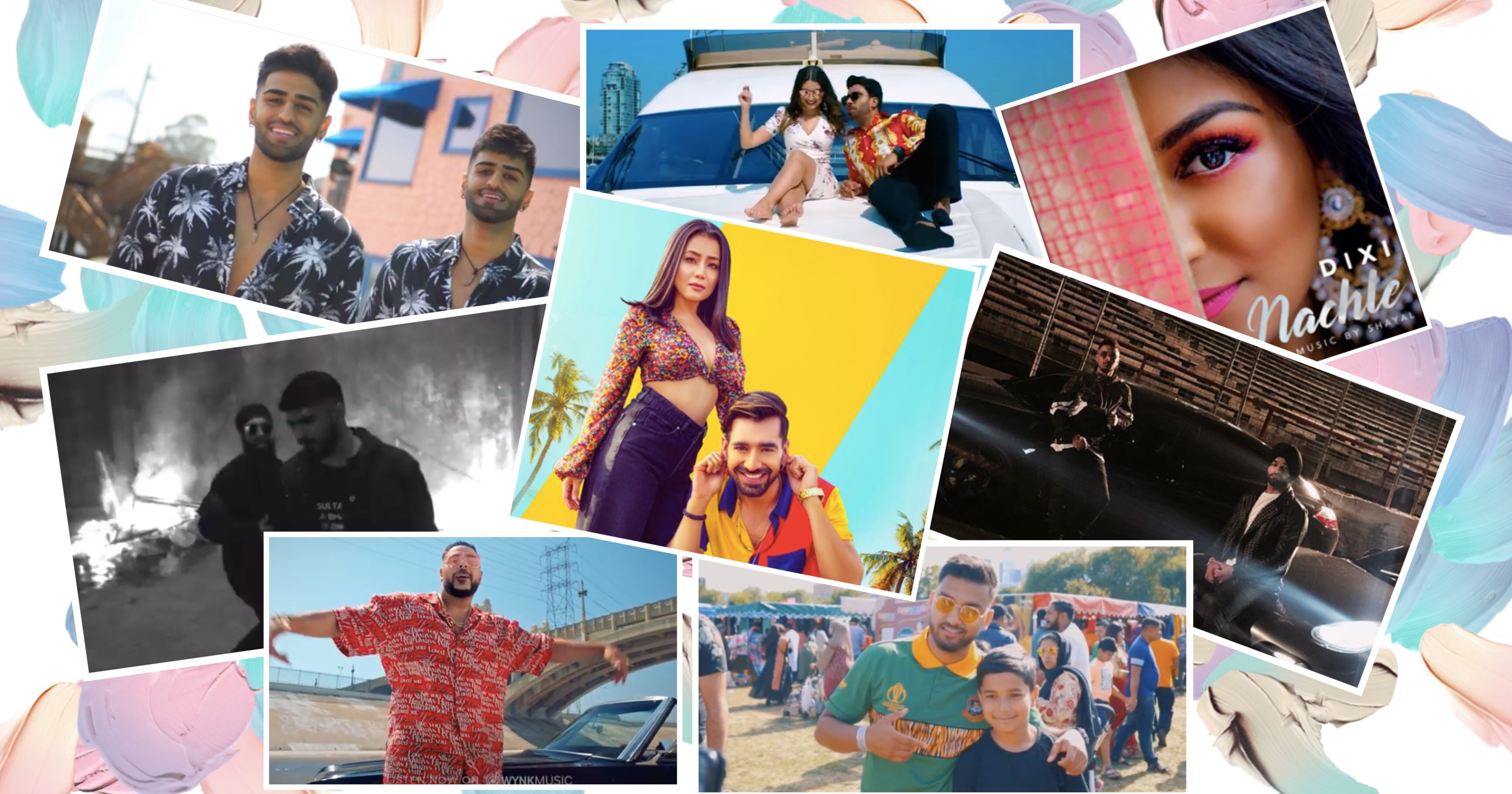 The weather isn’t the only thing sizzling this summer, there have been quite a few hot tracks dropped this July from South Asians around the globe! Our July must-have playlist features everything from old school remakes, island dance vibes to edgy new music.

British Bengali singer Nish has been rapidly on the rise as the Bangla urban music movement’s heartthrob. The young star has released hit after hit that has brought attention to his talents. The latest is actually a remake of a Bengali song written and originally sung by the legendary Shah Abdul Karim.

“A year after #BanglaMedley I have decided to cover another song by the legendary Shah Abdul Karim! ‘Keno Piriti Banalay’ was a favorite when I used to attend the Boishakhi Mela in London as a child, so I thought it would be the perfect song to show you my day out in Weavers Field, London Borough of Tower Hamlets!” Nish writes on YouTube. “Special thanks to BBC Asian Network and Nadia Ali who spent the day with me! Hope you enjoy!”

With his witty lyrics and a catchy beat, this song is an instant party anthem. The music video was shot by Marlon Pena and features Playboy model Rose Romero.

Indian-American singer Dixi released her second original single this July, ‘Nachle.’ The peppy dance number is a follow up to Dixi’s debut ‘Need Nobody’ which featured British Asian rapper Raxstar. The young doctor and singer has been expanding her music career in the past year and we are thrilled to see her soar.

Twinbeatz has been dropping hit after hit with some phenomenal talents. This time they team up with Gate Citizens (GC) and Ana Stasia. This track is all about spreading the love in a time where we forget to express kindness towards each other. The video shows us how one simple act of kindness can trigger so many more.

The fun song has an island vibe to it and will just have you glowing inside and out with the joy it spreads.

Don’t sleep on these brothers because they are taking over the music scene with banger after banger.

Check out this peppy love song they also released this July.

6. ‘Elaan’ by Ahmer, Sez on the Beat and Prabh Deep

Kashmiri rapper and producer, Ahmer brings us a brand new track titled ‘Elaan.’ Ahmer teamed up with Delhi born and raised producer Sez on the Beat and Punjabi singer Prabh Deep for the song.

“This song is about everything I have seen around me while growing up,” explained Ahmer about the song. “The song calls out people who are hypocritical because they do terrible things behind the curtain, but judge others for doing the same just to be accepted by society. It is about how people in power use religion to manipulate the masses. Prabh Deep’s verse is about how he is against people who are dividing the country on the basis of religion, caste and other socio-political factors.”

Shot in Canada and featuring rooftop pool parties and boat rides in the river this is the perfect summer video.

G. Sidhu dropped a new track this month titled ‘Delete.’ Written by G. Sidhu and Amar Sandhu, the song has these two leading Punjabi singers competing for the affections of a stunning young lady that has caught their eye. Model Tarn K. Minhas plays the leading lady in this video.

The music video has a twist ending, be sure to check it out!

We definitely saved the best for last! Neha and Manindar bring on the sexy in this adorable new track titled ‘Sorry Song.’ It portrays the leading singers in a relationship and going through the phases of what happens when a couple gets into a fight. No one ever wants to be the first to apologize but at the same time, they don’t want to stay mad. The lyrics are fun and catchy, the beat is enticing, the music video is fun and Neha Kakkar definitely shows off her sexy siren side! You can’t go wrong with adding ‘Sorry Song’ to your July playlist!