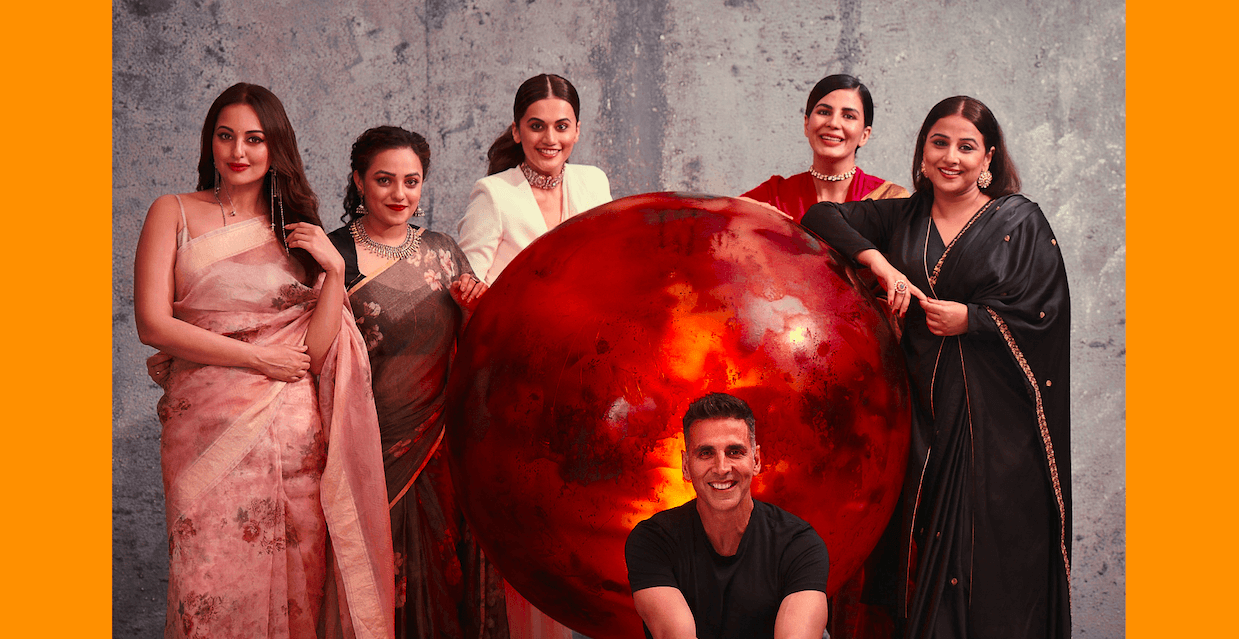 The acclaimed motion picture “Mission Mangal” has been selected to release on the IMAX screen at the Smithsonian Institute’s Airbus theater in the Washington DC area starting on opening day, Thursday August 15th. Established over 170 years ago, the Smithsonian is one of the world’s most prestigious museums and its theatres play Hollywood films and select movies dedicated to the air and space industries. 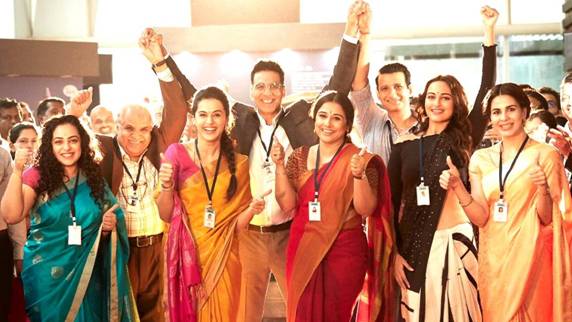 Ticket information is available at https://www.si.edu/imax/movie/mission-mangal.

Check out the US showtimes right here:

“Mission Mangal” is the incredible, true story of a scientist, Rakesh Dhawan, played by Akshay Kumar and Tara Shinde played by Vidya Balan who lead a motley team of scientists who overcome their personal challenges and failures to serve as the brains behind one of the greatest missions in history: the launch of India’s first satellite to Mars, a stunning achievement that restored the nation’s confidence. The film is a tale of ordinary people doing extraordinary things and inspiring generations to dream big and achieve the impossible. 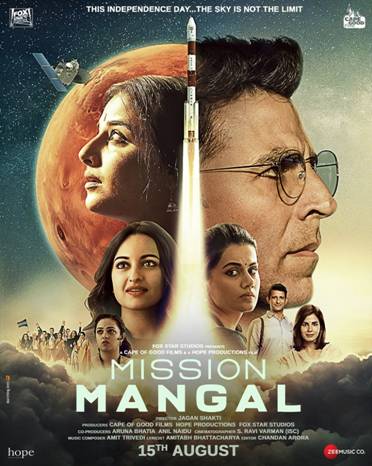 The Smithsonian National Air and Space Museum maintains the world’s largest and most significant collection of aviation and space artifacts, encompassing all aspects of human flight, as well as related works of art and archival materials. It operates two landmark facilities that, together, welcome more than eight million visitors a year, making it the most visited museum in the country. It also is home to the Center for Earth and Planetary Studies.

The Museum’s two buildings house thousands of artifacts showcased in exhibitions on aviation, space exploration, and planetary science. At both of its locations, the Museum presents programs, educational activities, lectures, and performances that reflect the American spirit, and the innovation, courage, and optimism that have led to triumphs in the history, science and technology of flight. At the Museum in Washington, DC, which opened in 1976 and is located in the heart of the Smithsonian complex in Washington, DC, some of the most awe-inspiring icons of flight are on display. The Steven F. Udvar-Hazy Center, located near Washington Dulles International Airport in Chantilly, Virginia, is a massive structure with open, hangar-like settings that accommodate large aircraft and spacecraft, as well as entire collections of aviation and space artifacts.

Thank You, Ma, Today And Always