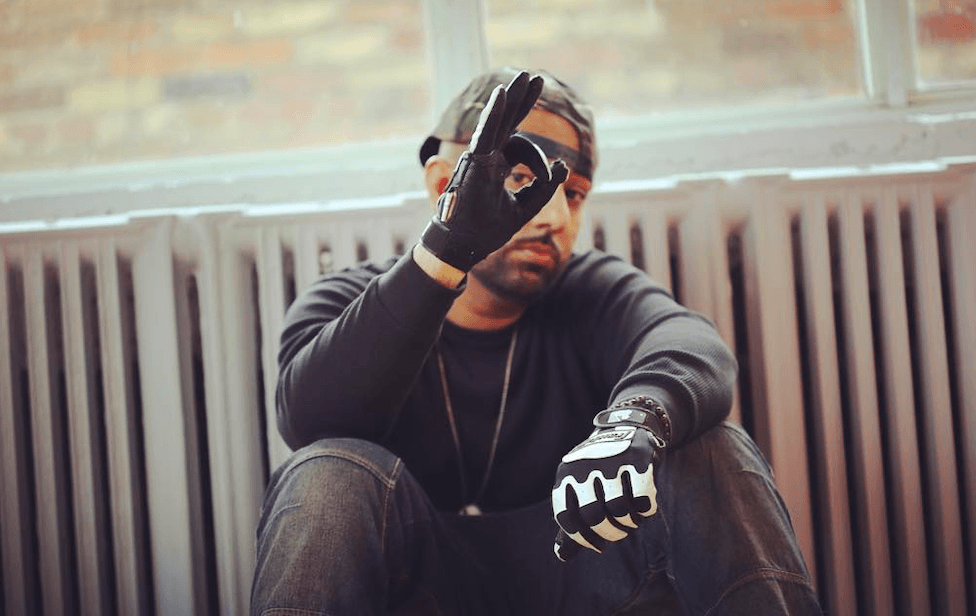 Desi hip-hop legend Blitzkrieg (also known as Blitz) is an artist that favors quality over quantity. He many not be the urban desi star with a new song out every week but when he drops a tune, you can be rest assured that it is game changing.

The lyricist and artist has dropped a new track titled ‘Honest’ featuring some of the biggest names in the desi hip-hop scene, Apache Indian, Roach Killa, Deep Jandu, and Vaz. The song was also produced by D-Boyz and released by Sony Music India. Needless to say this track is our Tune-in-Tuesdays of the week!

‘Honest’ will remind you of today’s R&B and hip-hop songs of the West just with a touch of Punjabi lyrics to bring it all together. Each artist brings something unique to the track and whether it’s Apache Indian’s island vibes or Deep Jandu’s old school Punjabi vocals, it is soothing to hear these layers flow together seamlessly. ‘Honest’ was written by Blitzkrieg, Deep Jandu, Roach Killa, Apache Indian, and Vaz, and is a tribute to their dream girl.

Blitz and Roach Killa have been working together for years creating hits like ‘Kala Ghora,’ ‘Can’t Stop Me,’ and ‘Ra Ra (Run This City).’ The Indo-Canadian artists have helped establish the desi hip-hop scene in the western world along with artists like Apache Indian. However, this may be the first time that Blitz, Roach Killa, Apache Indian, Deep Jandu, and Vaz have worked together on a track, marking ‘Honest’ as a song you just can’t miss.

This song has the pep of a pop number and the smoothness of contemporary R&B, it is truly a song that will have you hitting repeat endlessly.

Check out the video and judge for yourself!

Originally from Toronto, Blitz has traveled the world performing and gaining international radio and video play. He recently wrote and was featured on the “Gully Boy” soundtrack in the song ‘Goriya’ along with Kaka Bhaniwala, Arjun, and Desi Ma. Blitz also developed an Instagram series titled “Keep it Real TV” which are Instagram Live sessions interviewing some of his very talented peers and friends in the urban desi music industry such as Rishi Rich, Apache Indian, Roach Killa, H-Dhami, Juggy D, and more. Be sure to keep it locked for more updates on this hit-maker.