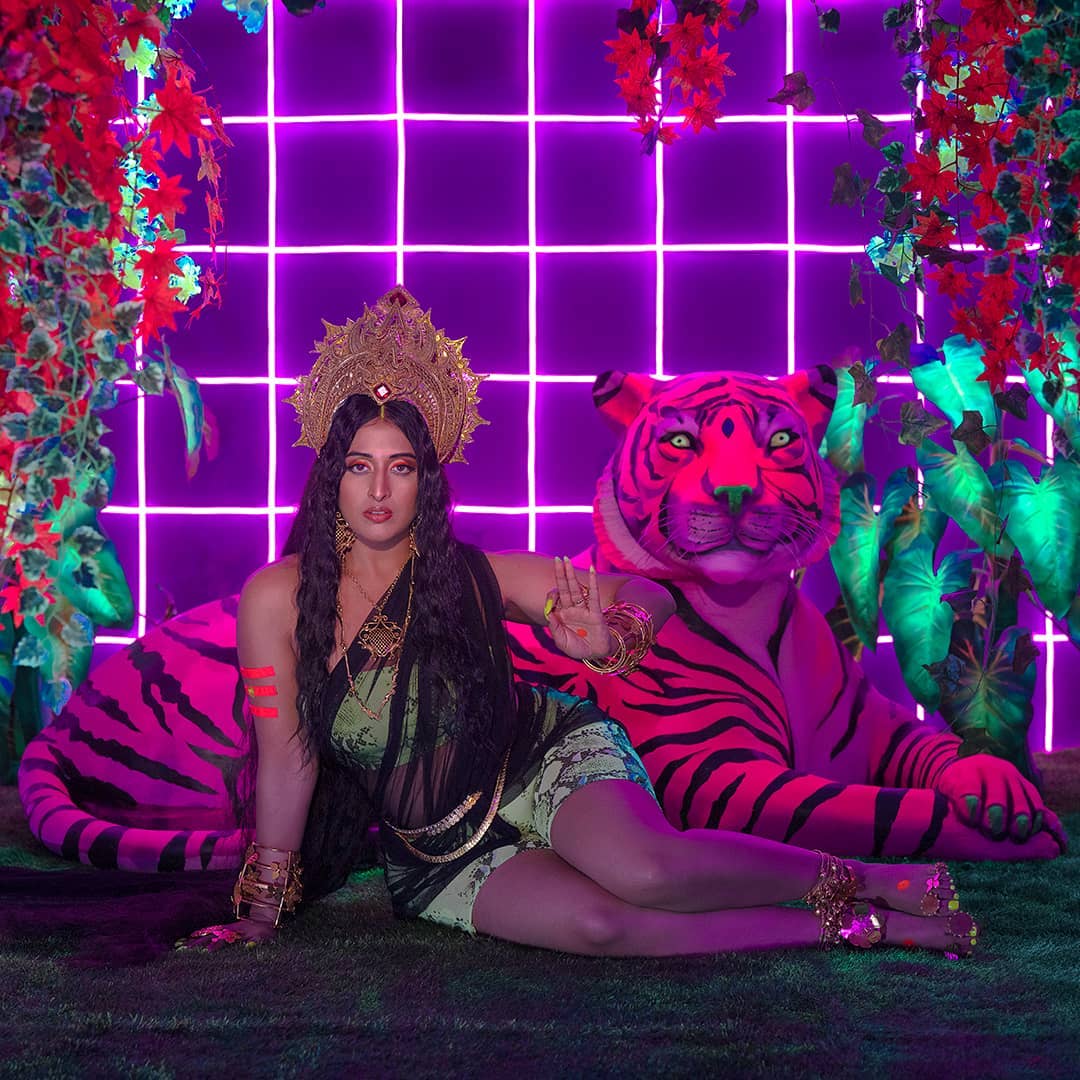 Grammy-nominated rapper Raja Kumari dropped an epic music video for her track ‘Karma’ from her EP, “Bloodlines.” We just can’t let you sleep on this fierce track, so here it is! 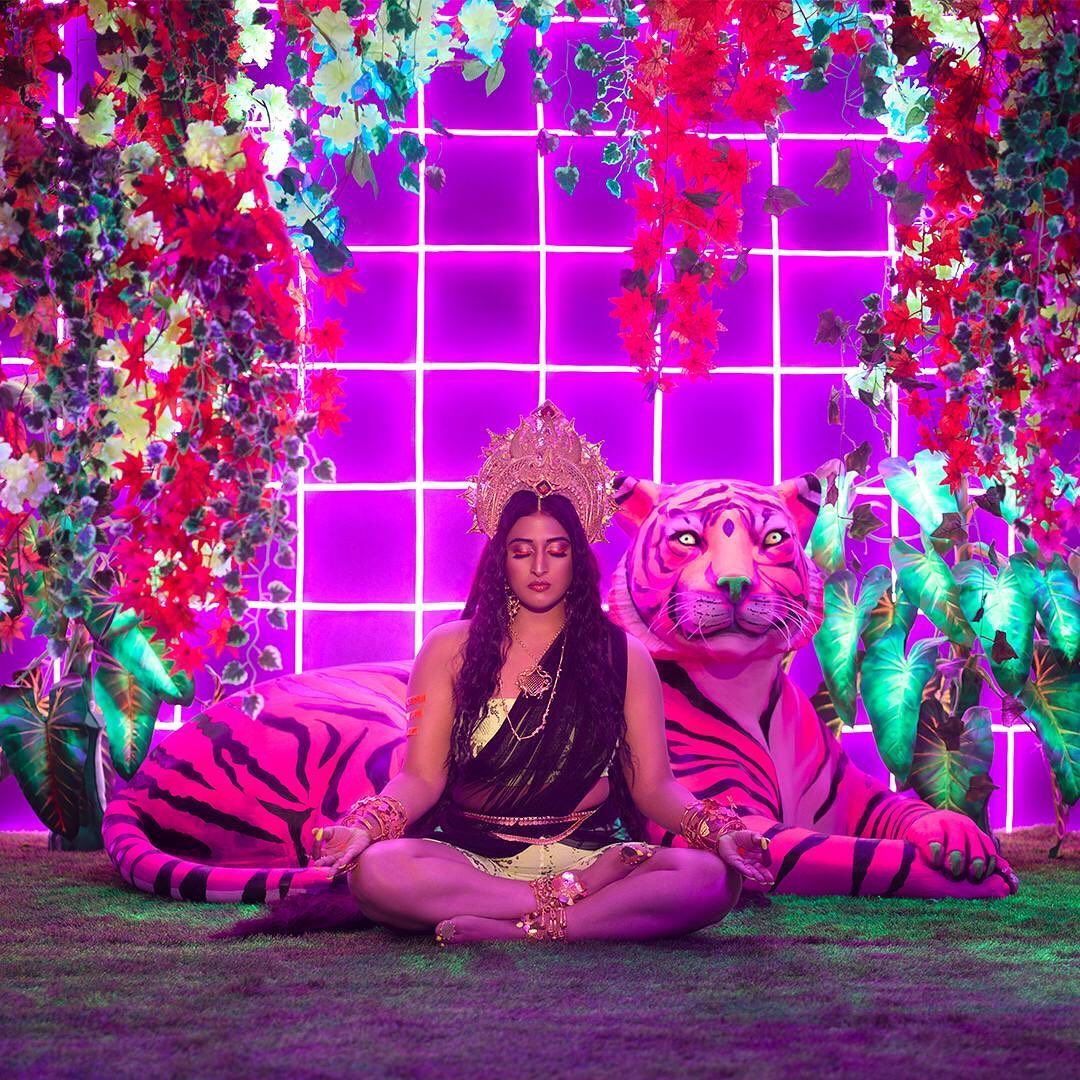 After conquering Hollywood writing for artists like Fifth Harmony, Fall Out Boys and for the show “Empire,” Kumari took on India. Her music is powerful with lyrics that kill with wit and creativity. Kumari’s blend of old-school hip-hop with a touch of South Asian flavor has caught the attention of millions. It’s no surprise she rapidly hit the top of the charts in India and globally as India’s hip-hop Queen.

Her latest video, ‘Karma’ is a testament to the female powered movement that Kumari has been trailblazing. She used an all female team to produce and create the unique video. 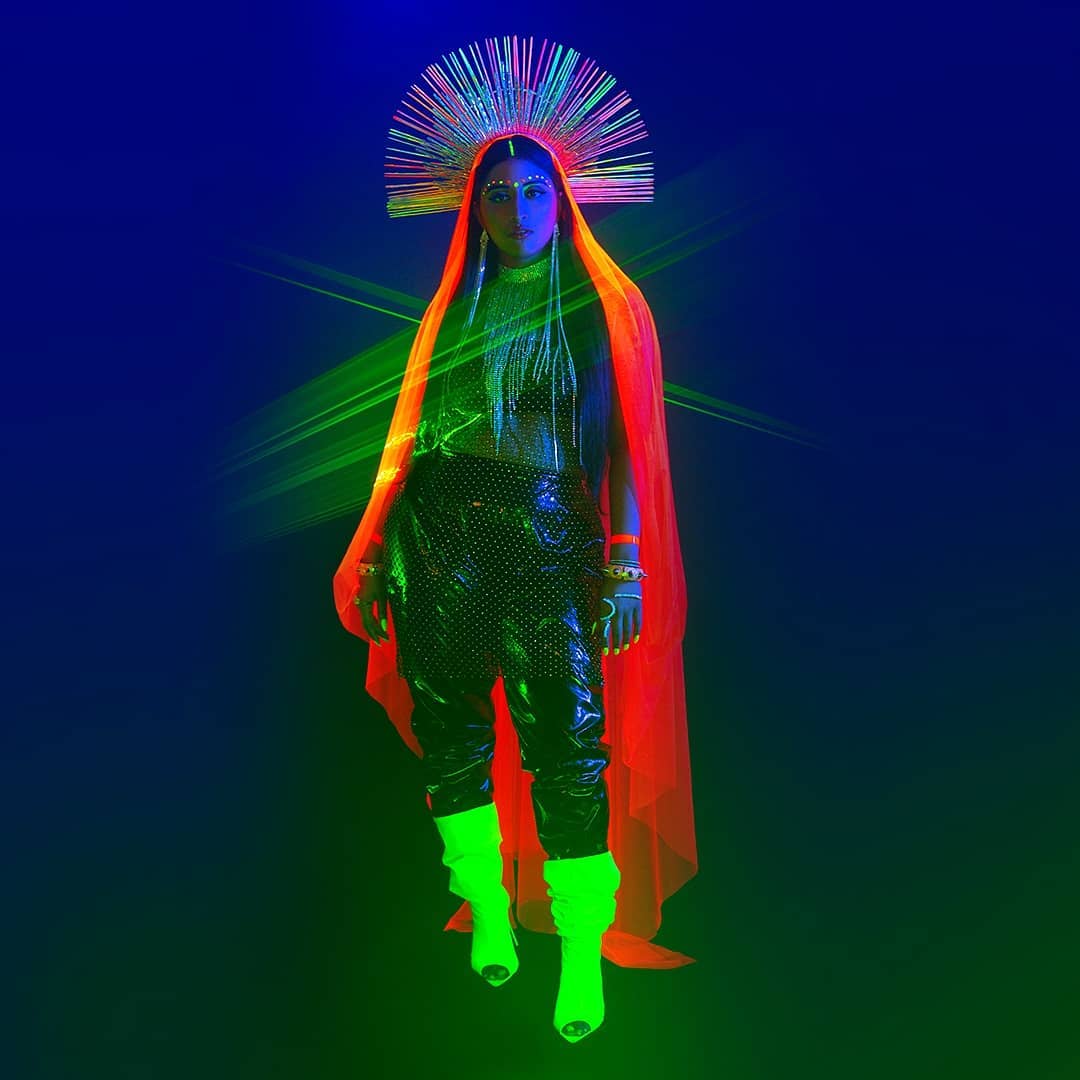 “‘Karma’ is a reminder that beautiful things come to life when strong women put their skills together,” Kumari told The Fader.

Kumari teamed up with artist Sam Madhu to create a blend of traditional and futuristic aesthetics. Together they created a neon world that pays tribute to Indian goddesses. The music video premiered on The Fader as well. 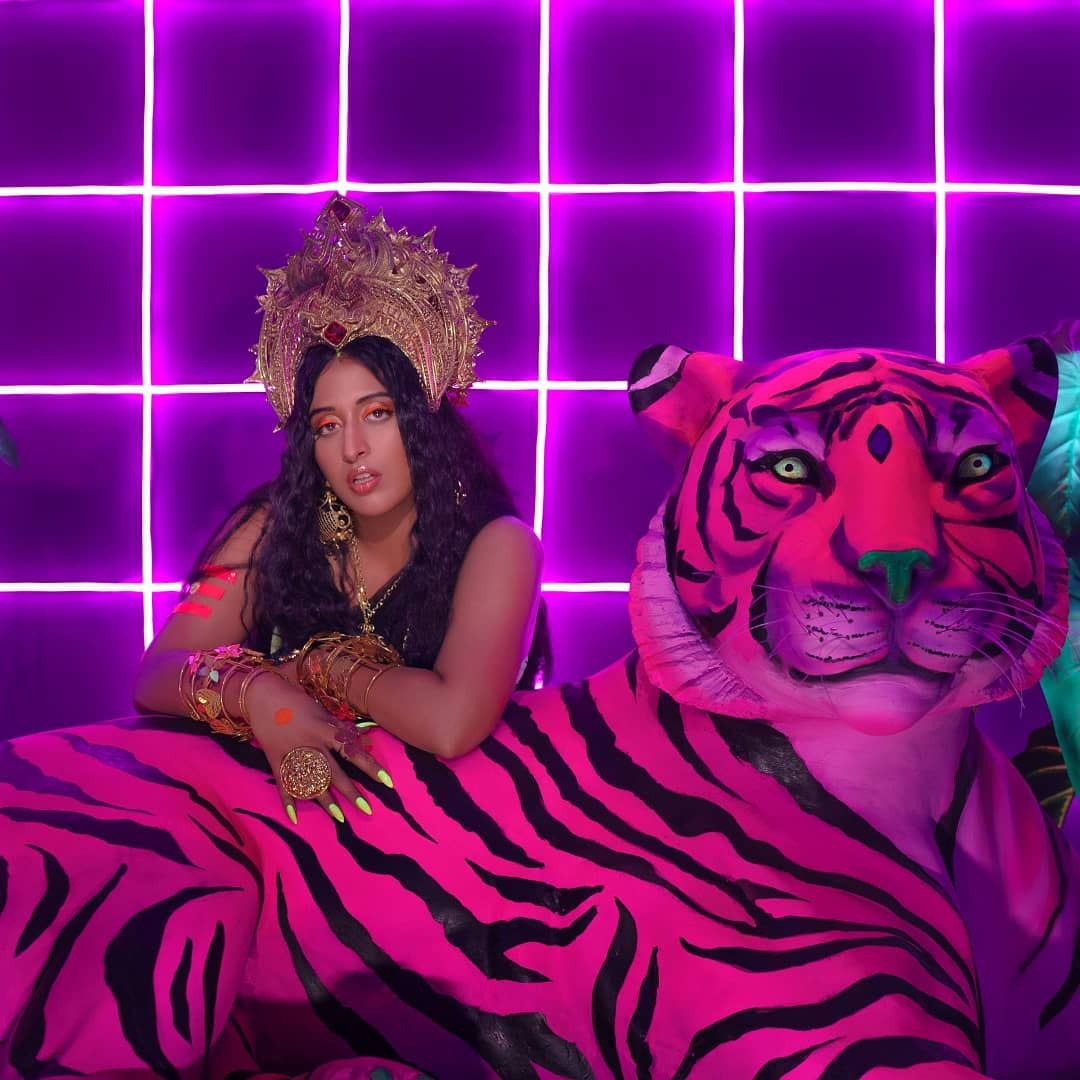 “The video was done by an all-female team. It started as a collaboration between myself and Sam Madhu,” Kumari told The Fader.”: It is inspired by traditional Indian aesthetics and futuristic cyberpunk worlds. Sam basically developed the idea of a neon universe in which I’m the central character, where traditional Indian elements like Rakshasa masks, goddesses, and tigers are reborn with contemporary, neon aesthetics to create a universe where I appear as an array of compelling, powerful female characters. So you’ll see a latex matrix-inspired Rakshasi, a neon devi with her shocking pink tiger, a futuristic laser goddess.”

The track was produced by Sean Garrett and the EP was released by Epic Records earlier this year. Her track ‘Shook’ from the same EP rocked the status quo when it released earlier this year and was even featured on Time Magazine. Currently the song has over 5.5 million views, and we’re sure ‘Karma’ is not far behind. In just 6 days the track is already over 468,000 views.

Kumari has recently wrapped up her North American tour and performed alongside Wiz Khalifa for his New Delhi concert. She was also the first Indian artist to perform at the F1 Festival in Singapore. These days you can also catch her as a judge on the Indian television show “MTV Hustle.”