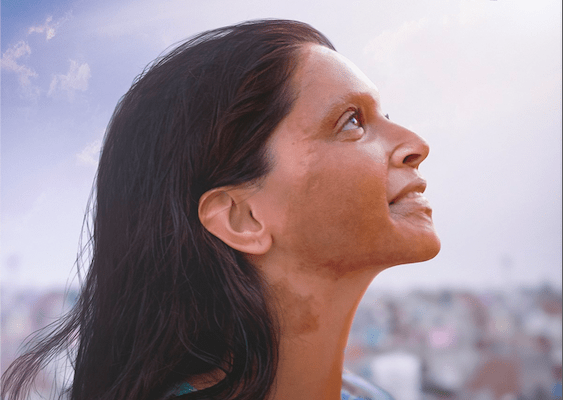 “Chhapaak” a splash that douses everything around you. The movie leaves you feeling devastated with its heart-wrenching topic, and elevates you because the victims are anything but that. Hours after having watched it, you still feel the aftermath of what you just witnessed on the silver screen. It is not an easy film to watch and it is more so when you know that it is based on a true-life incident of Laxmi Agarwal. 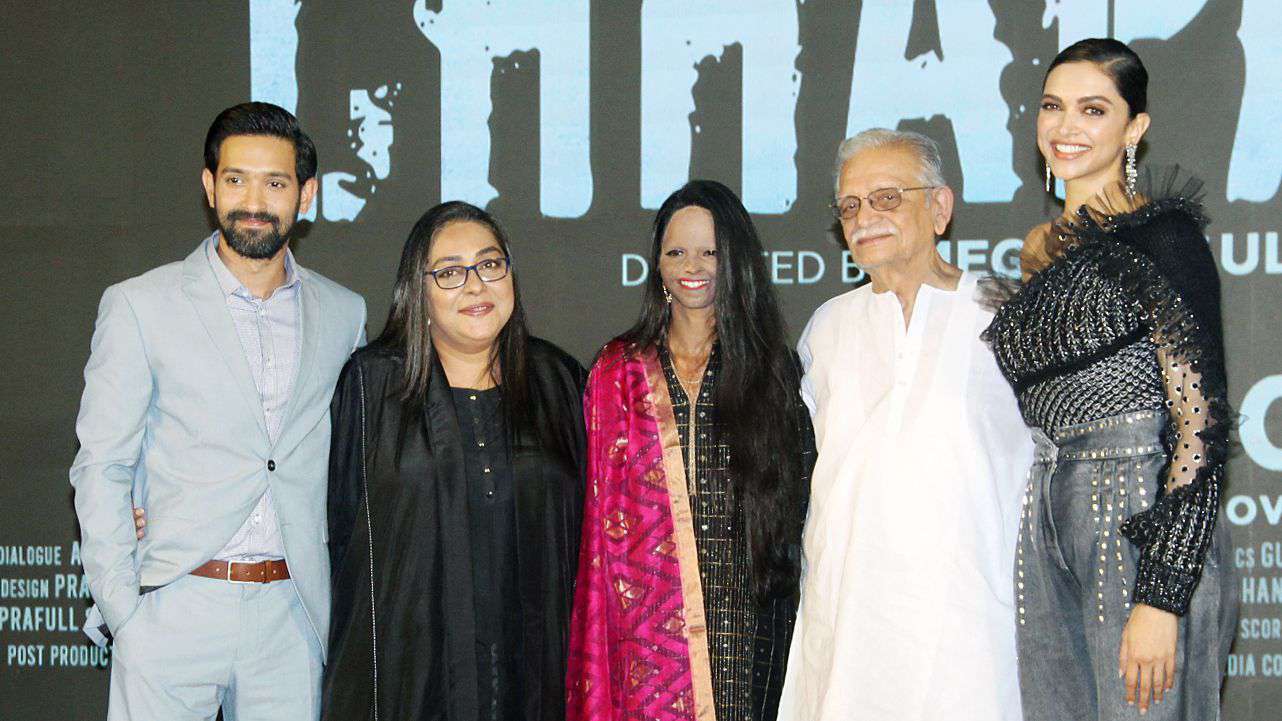 Meghna Gulzar once again establishes why she is one of the most dignified voices in Bollywood today. She takes subjects that are relevant and prevalent and infuses them with restraint. “Filhaal” was about surrogacy, “Talvar” was based on a much-publicized murder case, “Raazi” was a spy-thriller, and “Chhapaak” is about the aftermath of acid attacks. Though the filmmaker treats all her narratives with a delicate touch she leaves a mark that can’t be denied.

“Chhapaak” narrates the story of 19-year-old Malti, played by Deepika Padukone who, as a happy teenager, aspires to be a singer, but the acid attack changes the course of her life. Thereafter, her life revolves around working for an NGO for acid attack victims, battling her court case, fighting to get the sale of acid banned, all the while getting invasive corrective surgeries at the hospital. 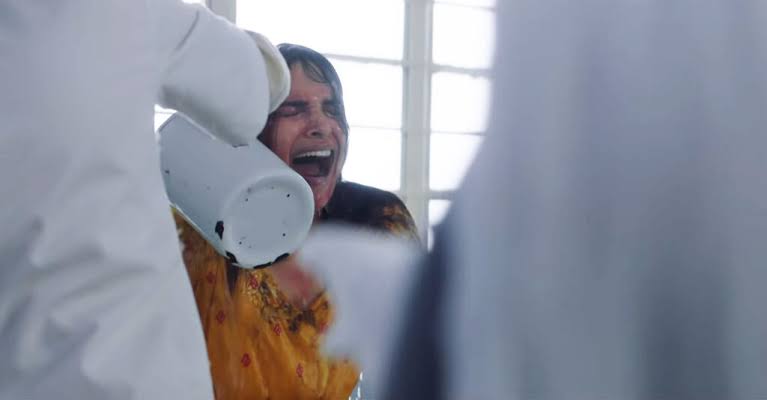 The strongest reason to celebrate the film is Deepika Padukone’s outstanding portrayal of Malti. It is her most challenging role ever, and it is possibly safe to say it is her most brilliant one too. She fully embodies the character right from her first appearance on screen, and completely loses herself in every possible way to become her. It is an extremely restrained and graceful portrayal and yet it fully conveys the inexplicable trauma that Malti goes through not only when she is first attacked or her journey of seven painful surgeries for face reconstruction; but every time she relives the horror in her mind as she witnesses other survivor stories unfold in front of her, or every time she is assaulted emotionally by her abuser’s glances, or a scathing journalist, or the casual bystander during her long court battle. 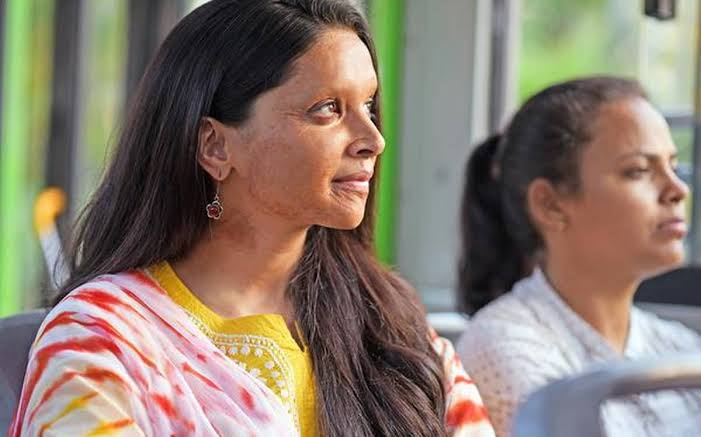 Malti is a woman of few words, and Padukone displays terrific maturity and an amazing control on her craft to naturally ace Malti’s complete trajectory from being an aspiring teenager wanting to be the next Indian Idol; to become a broken, reclusive victim who has locked herself up in a room away from the scary stares of the world; to eventually grow and transform to be the face of securing the first victories over acid violence in India.

Vikrant Massey as a former journalist, Amol Dixit, who now runs an NGO, is a great casting call for a role that needed to be loud yet subtle. He not only looks convincing in his role but also supports Padukone in their scenes together.  Their silent pyar was enough to make you smile and the extra scene at the end was not required but perhaps Meghna felt the need to make their romance relatable. 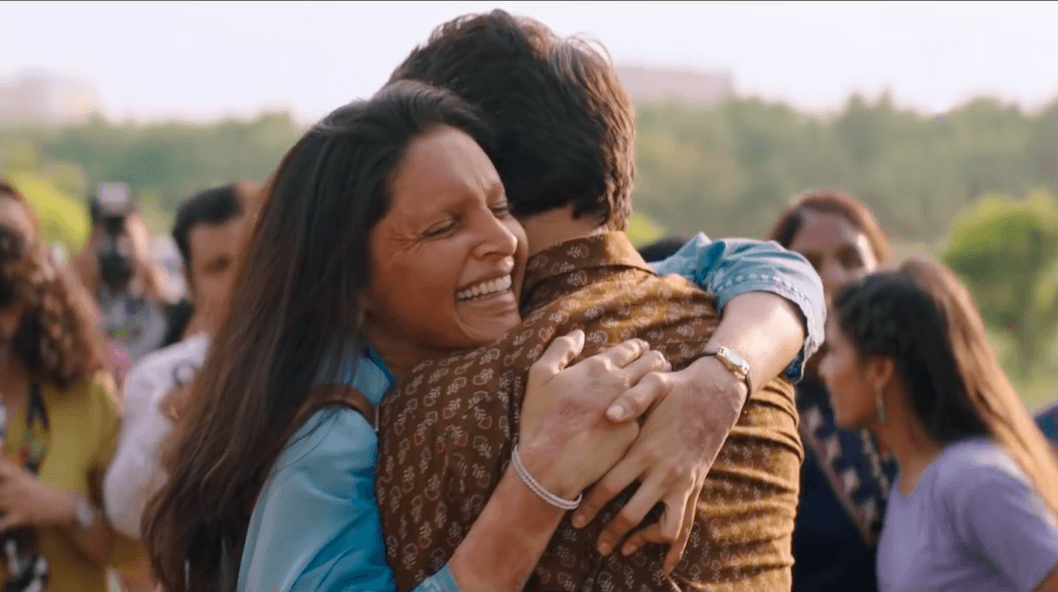 This is not your typical song and dance Bollywood movie and does not have the usual glamour that is commonly expected, and thoughtfully so because the frills would have not worked. The title song sung by Arijit Singh leaves you with chills and it is perfectly placed.  There is no melodrama or manipulation of the heinous crime, the documentary approach of storytelling was a conscious one. The essence of what Laxmi Agarwal may have gone through is narrated in the best way possible without making it just about her. “Chhapaak” is real – from beginning to end – the pain, the struggle, the dark, the light, the hopeful, from cynical to heart-wrenching to soul-stirring, it has it all.

Deeply moved we applaud the likes of Laxmi Agarwal and many other beautiful souls such as her for fighting this unthinkable battle with a smile on their face. Over 200 acid attack cases a year is just unacceptable, and so we also applaud Meghna Gulzar and Deepika Padukone for bringing the much-needed awareness.