Amitriyaan is an award-winning versatile actor who received acclamation for his debut film “Manya” and is known for his work in Bollywood films like “Satya-2” by Ram Gopal Varma, and “332” by Sangeeth Sivan. With his latest project “Atkan Chatkan,” which is being presented by AR Rahman, due to release tomorrow, we sat down for a quick chat with him to talk about his acting journey and more.

DissDash: How did your acting journey start?

Amitriyaan: Basically I did my graduation in Engineering in Polymer Technology. To have a career in some different, creative field, I studied advertising and PR while doing a post-graduation diploma later. I used to share my flat with friends from the theatre background. Once one of them was ill and I was requested to do a proxy reading session for their play. I loved that experience and they all too asked me to take acting seriously and a few months later I got into acting.

DissDash: Did you always know you wanted to be an actor? 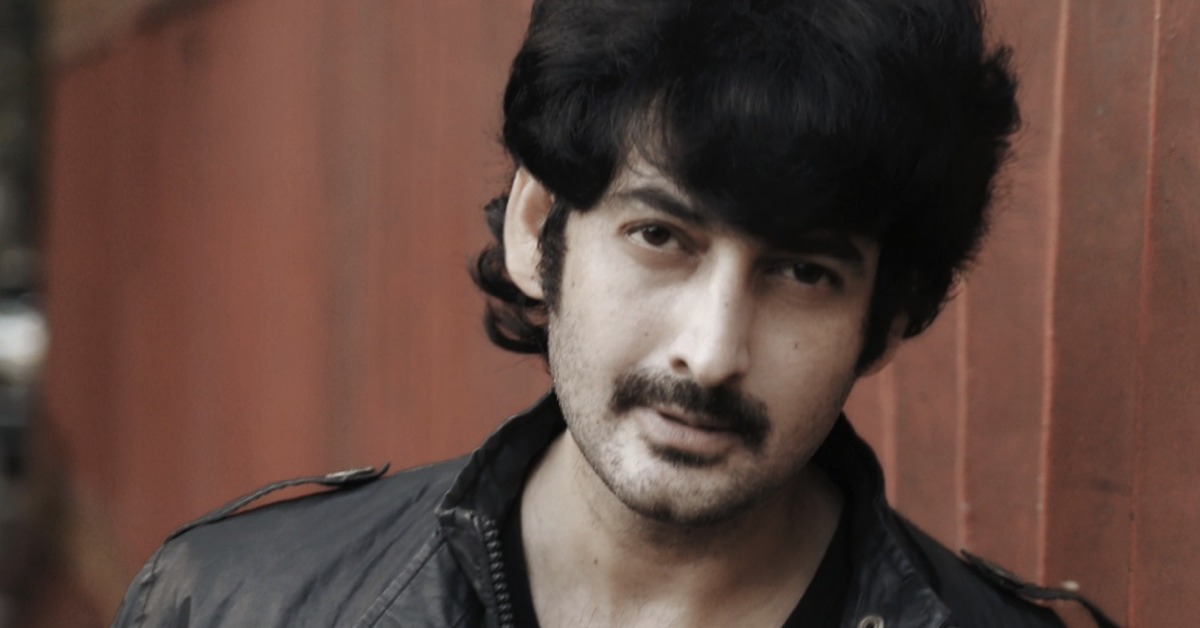 DissDash: What did your family think of you becoming an actor? Were they supportive?

Amitriyaan: My family is all about engineers and doctors and professors. My father is a retired professor from Dr.PDKV University. They were comfortable with me getting into acting but only on one condition. To complete my graduation in engineering in first class. I was able to understand their insecurity. So I did it and later they were supportive always.

DissDash: What was it like getting your first break?

Amitriyaan: For an outsider ‘getting the first break’ isn’t clear. Unlike getting big films directly after doing a theatre or acting course isn’t a real thing. So ‘first break’ varies from getting 2 seconds part in a short film standing behind with other 4 characters to montage commercial ad to getting a small character in a big banner film to getting a big role in a small banner film. Every time it looked like a ‘break’. But still, I guess getting Sangeeth Sivan’s experimental film ‘332’ as a lead actor could be called as the first break technically (after giving audition for it 8 times in a one month). Regarding how I felt that time then I could say it was a joyful illusion of “finally I have arrived ” thing.

DissDash: Talk to us about your most recent project – “Atkan Chatkan”

Amitriyaan: “Atkan Chatkan” is a musical drama being presented by Oscar winner AR Rahman. It is Directed by Shiv Hare. Its the journey of an 8-year-old boy to get closer to his dream fighting all the obstacles from poverty to not having a mother around, to his father’s (played by me) narrow-minded attitude. Amitabh Bachchan, Sonu Nigam, and Hariharan sang for this film, and the music director is Shiv Mani. I feel blessed to perform on-screen on Hariharan’s song in “Atkan Chatkan.”

DissDash: How did you get the role?

Amitriyaan: Director Shiv Hare and I had started our struggle in filmmaking almost at the same time years back. He had seen my work earlier and had narrated this film to me in 2014. I had loved the part so much that I had instantly agreed to do the film and promised him whenever he manages to get a producer I would cooperate whatever the remuneration to help the film happen. And he too had given me the word that he can see me only in this particular character and would cast me only.

DissDash: What came to mind when you first heard that AR Rahman was involved?

Amitriyaan: They had arranged a preview for A R Rahman in Chennai. I got a call from the director that he loved the film and wants to present it now and asked about me appreciating my performance as ‘Vishnu’ in the film. It was all kind of a blessed surprise as that preview was arranged basically to convince him to do a guest appearance as my son (before the flashback happens at the beginning of the film).

DissDash: How has the experience been thus far?

Amitriyaan: So far, the journey with “Atkan Chatkan” has been an emotional ride actually. Intense one. Full of wait, patience, insecurities, hope, joy, bonding, evolving. I am glad it has reached this stage.

DissDash: What can the audience expect from your role?

Amitriyaan: Playing ‘Vishnu’ was a little tricky for me as an actor as it needed me to portray someone who is older to my actual age. It’s a very intense character. Someone who has been fighting his inner demons with no one around to share his soul. This often leads to venting out frustration on his son ‘guddu’ (Lydian Nadhaswaram). Also to look like ‘Vishnu’ the way the director had visualized I had to shed almost 7 kilos. To justify this role I learned the ‘Pakhwaaj’ instrument. I hope the audience may relate to the dilemma I tried to portray when you actually have no one to share your warmth and in frustration that warmth comes out as fire to burn your own people around.

DissDash: Tell us some fun things that happened behind the scenes

Amitriyaan: Actually my character was supposed to be a dark-skinned thin guy. For the skin tone, it was all about the hard work of our make-up team to transform me from to that character’s look. We were shooting in this remote village. People often used to see me on the set and I used to have friendly conversations with them. After pack up, me removing all the make-up, and getting back into jeans t-shirt with original skin tone baffled all those simple souls for the first few days whenever I tried to continue the conversation I was having with them before the pack-up.

DissDash: What was your memorable experience from this project

Amitriyaan: Working with the most positive team ever. I am putting it in the most memorable experience category because it’s rare these days. My producer Vishakha Singh, director Shiv Hare, and all cast and crew. I know how much they went through to make this film happen, and not even a single day they made me feel we are not capable enough.  Maintaining such a positive vibe is rare. And of course the kids on the set. Bonding with their pure energy made me unlearn so many things that I had picked up accidentally while growing up. 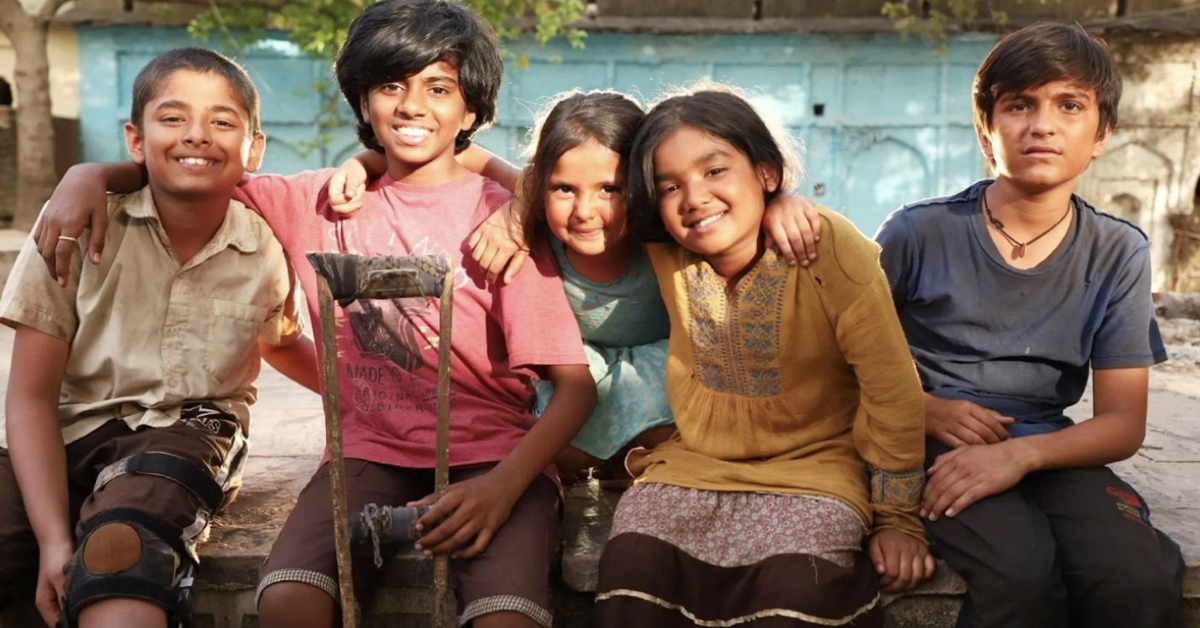 DissDash: Who is your inspiration?

Amitriyaan: If you talk about in life then I realized whoever was my inspiration was constantly replaced by new one. Maybe it’s our particular stage in life or situation we get inspired by someone and that inspiration or that person gets irrelevant once we evolve above that point.

If you ask me about work, acting and filmmaking then Christopher Nolan, Johnny Depp, Leonardo DiCaprio such people always engage me through their unique work.

DissDash: What do you have planned next?

Amitriyaan: Nothing. I used to plan a lot earlier but not a single thing happened as I had planned. So I am doing my karma, what I have to do, and appeals to me and just going with the flow for now.

“The White Tiger” Will Take You On A Bumpy Ride