A writer who categorically misfits as 'Words are better than…

There are enough statistics to prove the rising number of gun violence across the US. From school children to adults, numerous innocent lives are lost every year. Yet, carrying a gun across the streets does not make anyone flinch as much, but spotting an article of faith has someone panicking to call 911. While it is distressing to read of so many lives being lost every day due to shooting incidents, a Sikh student was allegedly detained a few days ago at the North Carolina University for wearing a kirpan, a ceremonial dagger worn by baptized Sikhs. The misdemeanor towards a Sikh’s religious belief in this particular incident has us shocked.

I wasn’t going to post this, but I don’t think I will receive any support from @unccharlotte . I was told someone called 911 and reported me, and I got cuffed for “resisting” because I refused to let the officer take my kirpan out of the miyaan. @CLTNinerNews pic.twitter.com/Vk9b0Tspvm

Multiculturalism in educational institutions is often touted as one of the positives of learning abroad. But incidents like these can completely hamper this experience and alienate people. As per reports, somebody at NCU called 911 and the student was handcuffed for resisting the police officer who took the kirpan away.

The video of the incident took no time to go viral on social media and evoke disappointed reactions. The university has issued an apology and ensured it won’t happen again. The apology, however, does not take away the sheer disappointment and negligence towards one’s religious practices.

For the uninitiated, the kirpan is one of the five articles of the Sikh faith. It is symbolic of power, freedom of spirit, and a reminder to Sikhs to fight against injustice and oppression to defend righteousness. It is, most importantly, not to be used as an instrument of violence. The kirpan is always sheathed in a fabric belt and worn underneath one’s clothes. It is a metaphorical symbol of speaking up for injustice. But irony defines itself this was seen as a threat and brought the unjust action on someone being true to their faith. We can’t help but point out the weaker gun laws that exist in the state, or all of the US. 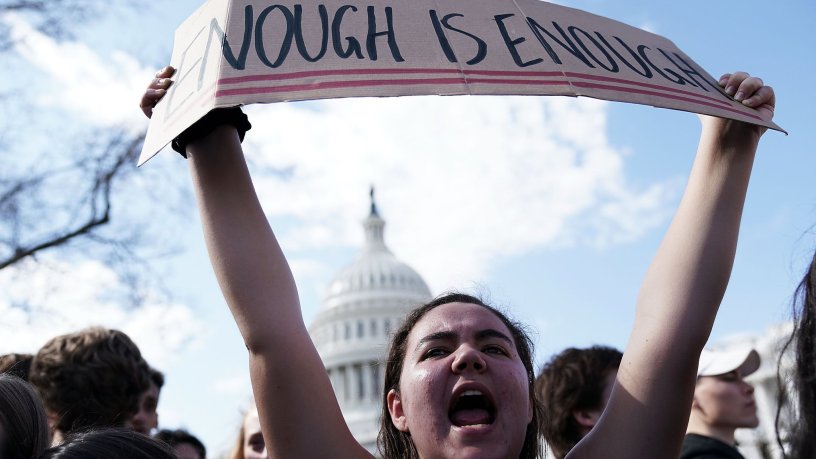 North Carolina has a mix of strong and weak gun laws, where a person has to obtain a permit before purchasing a handgun, but only for a handgun. Open carry is legal in North Carolina without a permit. The state places no limits on weapon caliber size or magazine capacity.

Recent reports by Gun Violence Archive confirm a 4% increase in the number of shootings in North Carolina, compared to last year. The incidences and number of people killed as well as injured are staggering. Just over the last weekend, 38 people were shot in 27 separate shooting incidents in the city of Illinois.

There are numerous statistics to collate the surge of gun violence in America, and yet the call to 911 is over an article of faith. Courts across the country recognize kirpans as articles of faith and people are allowed to practice their faith.

It seems the police still are still a long way from understanding what is actually dangerous and what is not. We are just thankful that we do not have another George Flyod-like situation in our hands.

A writer who categorically misfits as 'Words are better than actions'. Spilling thoughts on travel, food, and lifestyle to everything in between.