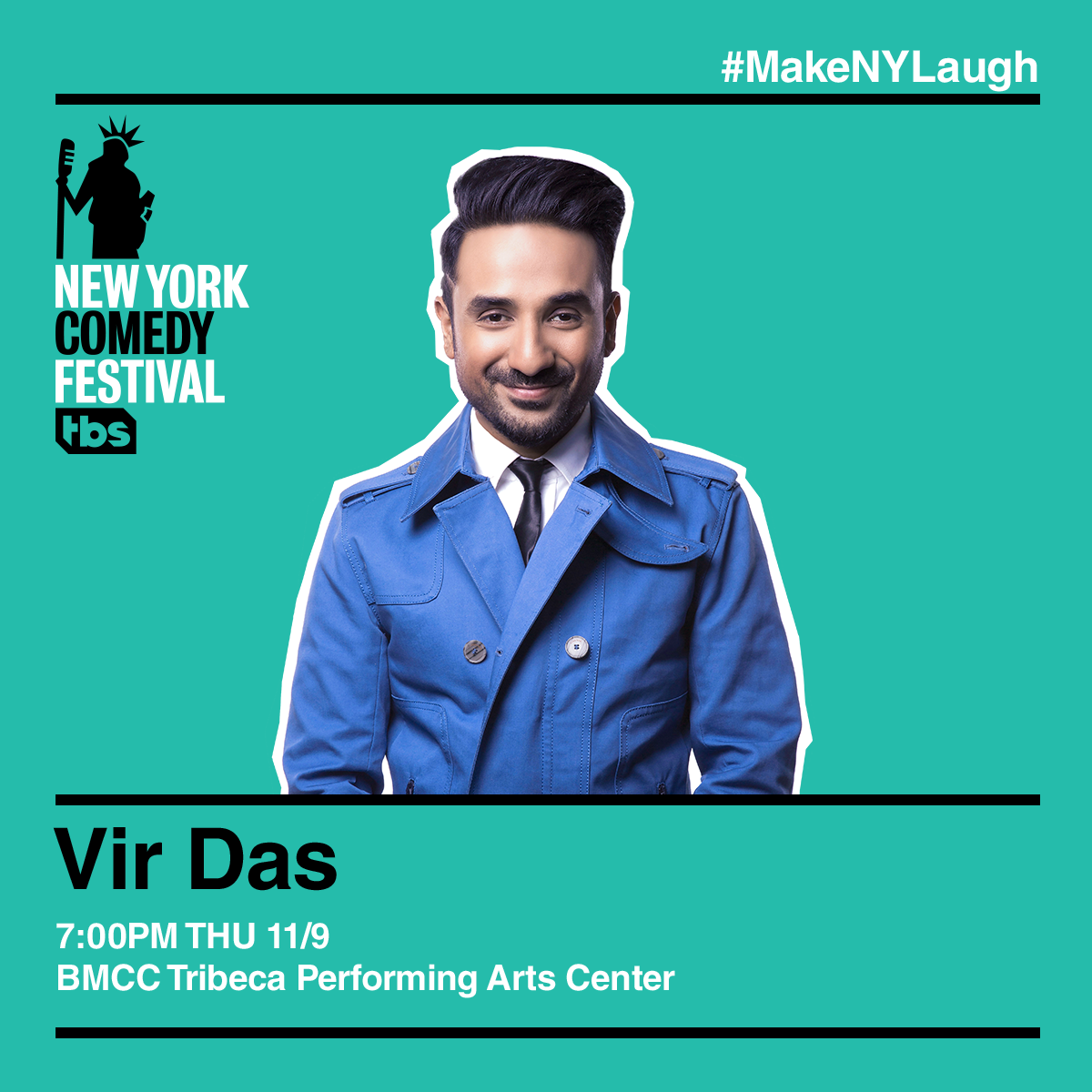 Vir Das is one stand-up comedian that you simply cannot miss. He’s spontaneous, quirky, and extremely humorous (which is why he’s a world-renowned comedian), who has performed in innumerable stages for the global audience.

Now, his shows are available on Netflix to constantly keep you engaged in the laughter spree. Not only has he performed on a myriad of shows making his audience roll with laughter, but he has also acted in numerous Bollywood movies like Mastizaade, Delhi Belly, and Go Goa Gone.

He is an active Tweeter and his tweets go viral not just for their amazing humor, but also for his concern about the issues that affect him and the country at large.

We bring you top 10 tweets by Vir Das. Read through, enjoy and stay tuned as he is coming to New York City on November 9!

Check out the details on  http://nycomedyfestival.com/event/vir-das/

Work hard on enough new things where when people inevitably hate on you, they are standing still…because they are hating a moving object.

2. Everyone can talk about politics, so long as they pay their taxes.

Here's a thought. Taxpayers get to talk about politics. Comedians are tax payers. If you want us to stop talking about politics….hmmmmmmmm

3. Well, Arnab needs to fix his “I’ll talk as I run the channel” attitude to avoid such trolls!

Ever sat in a cab that takes you to a totally wrong place and the driver yells at you. That's probably what it's like to work at Republic TV

4. Something every person requires! If Apple has the best AI, then it should also train to understand mood swings. That’s what we expect in the next Apple X series!

Apple needs to invent a facial recognition phone that looks at your face and recognizes how pissed off and broke you are….then apologises.

5. True that. Ultimately you think something that’s not thought before only to sell that package you’ve placed in the box. Whether it is a product or an idea, the principle is the same

90% of the meetings you attend involve people who think out of the box trying to fit ideas in a box.

6. If you ask stupid questions, this is what you’ll receive!

Dude: you have 3 earrings in your left?
Me: and 1 in my right.
Dude: what does it mean?
Me: means i tilt my head during stupid questions. pic.twitter.com/7wrtgonke5

7. Amazing thought on religion. Guess if you sit back, relax and take a sip of your wine, you’d think on the same terms, too.

Religion is like a Louis Vuitton bag. Feels like everyone has one, but for some unknown reason they all think theirs is special.

8. Yes! This one is absolutely true. You are the one that’s spun on the dance floor whether you like the song or not.

Any Govt is basically a DJ. You're the one on the dance floor with your hands in the air. Don't like the song? Stop dancing.

Took the dog for a walk. Not a single car on the road. Thankyou #INDvPak 🙂

10. Did you like Beauty and the Beast? If yes, do not scroll down!

Beauty and the Beast. Basically Stockholm syndrome with music.