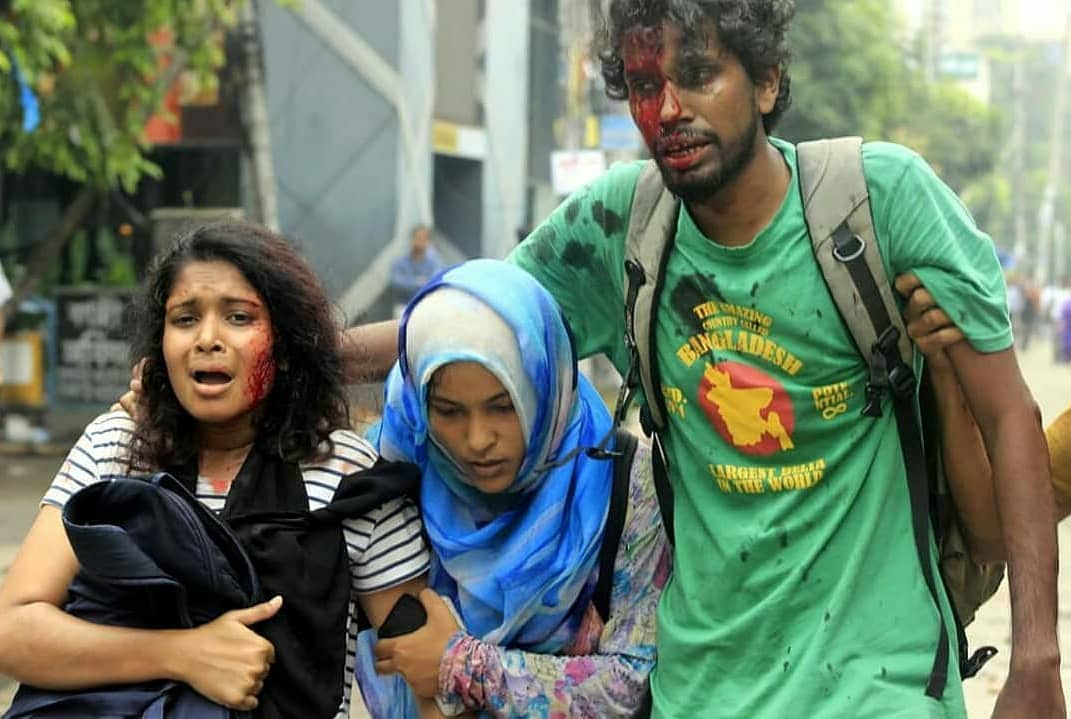 As student and teen protests surge in Dhaka, the capital of Bangladesh, the question as to how seriously governments view the future of students and youth has cropped up once again. What has happened in Bangladesh in the last few days is unprecedented in many ways. Bangladeshi teens and youth are angry, very angry, and they have every reason to be. 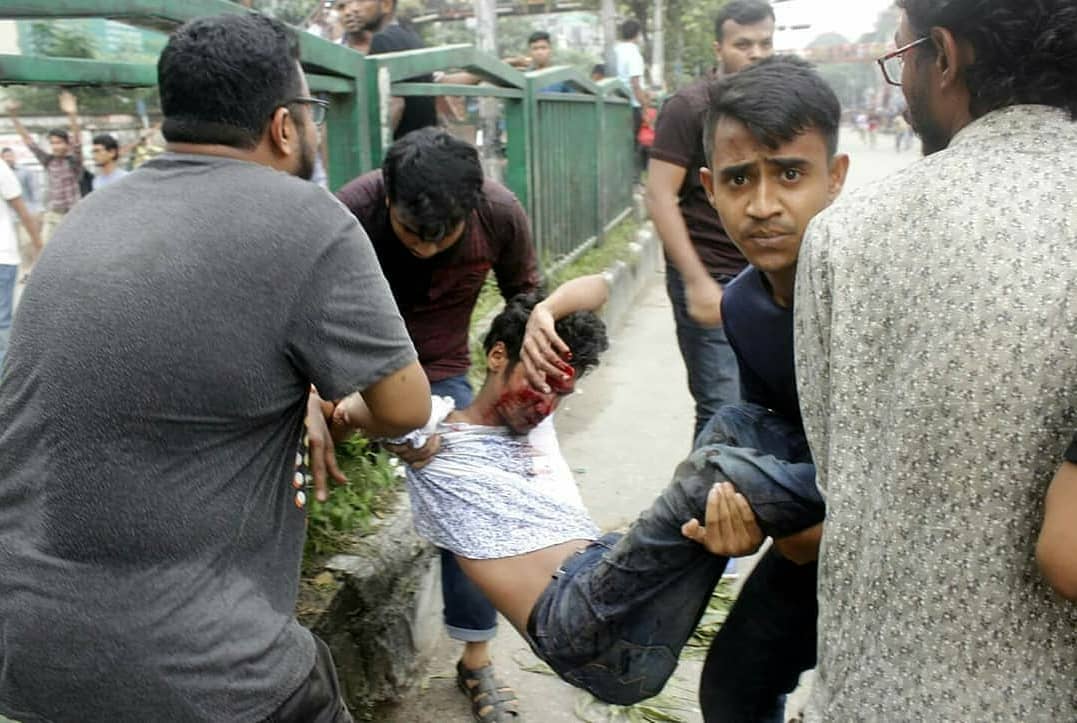 Imagine a nation with at least 12,000 people dying each year in road accidents and no one speaking up. Bangladesh is one such country where roads have become a web of gridlock and chaos and where unlicensed drivers, unregistered vehicles, and speeding buses have become pretty commonplace; to top it all off, traffic enforcement is almost nonexistent, and police corruption is rife even in the capital of the country. It is probably the first time that the youth of the country has registered its protest against road mishaps in such a loud and collective voice. 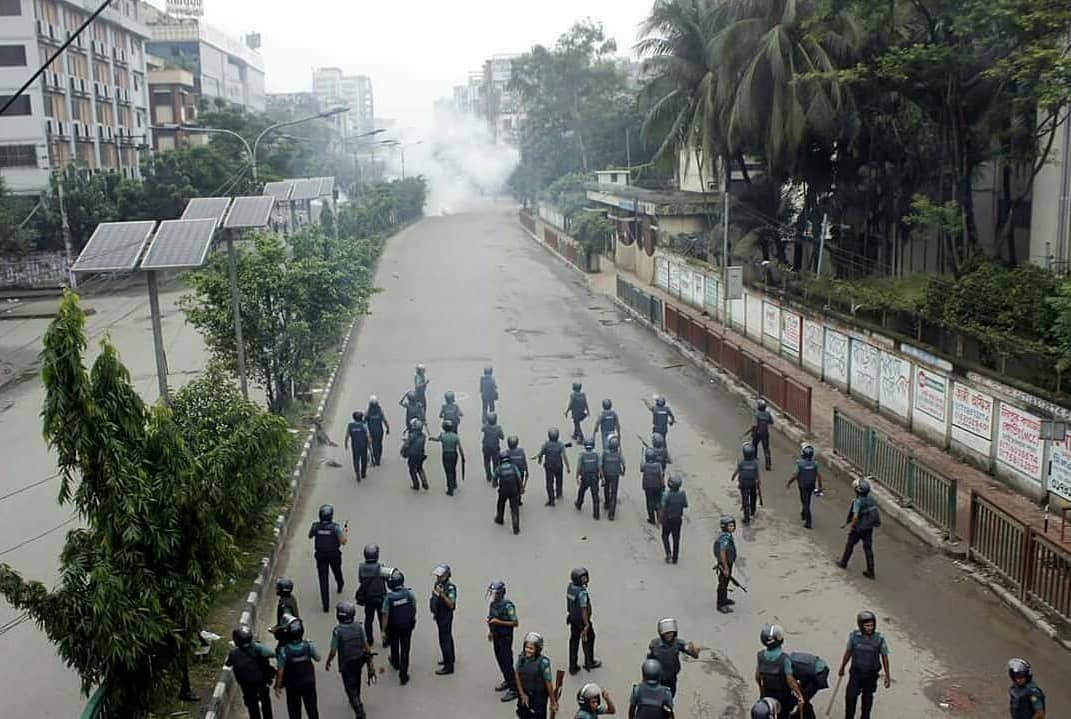 Spontaneous protests flared up in Dhaka after two students were killed last week by speeding buses. Growing stronger with each passing day, these student protests have paralyzed parts of Dhaka for the last week. 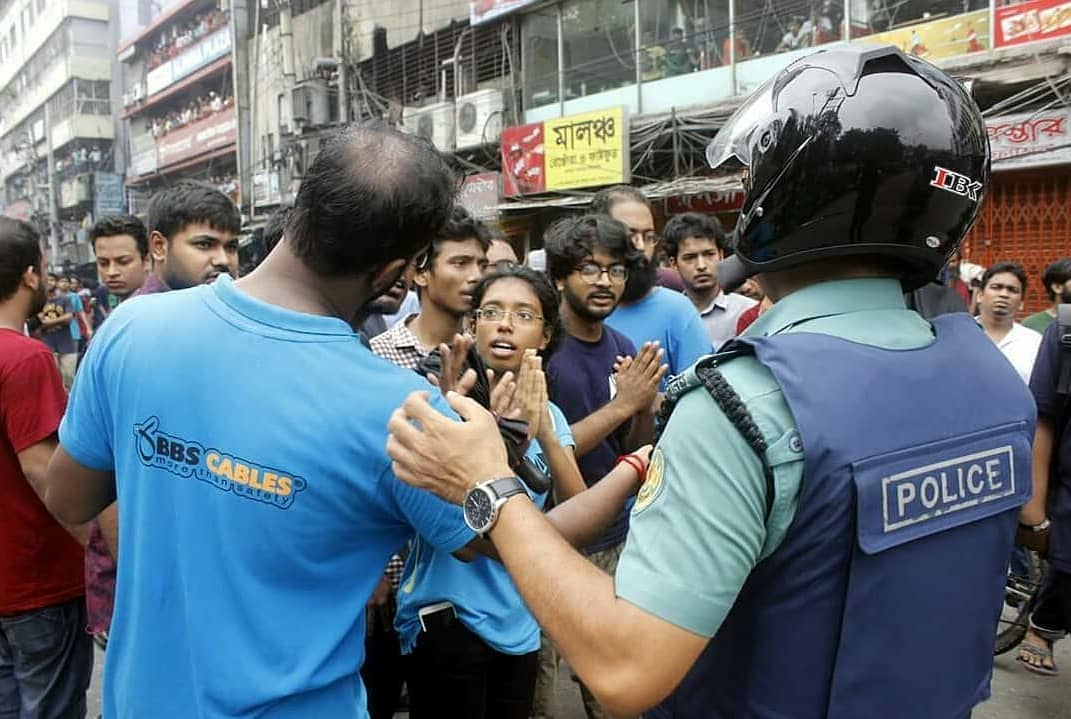 And what was the reaction of the government of Bangladesh? The response of the government was what it almost always has been – suspended mobile internet services, arrests, tear gas and rubber bullets, which injured at least a hundred people on Saturday alone. Even more condemnable is the attack with clubs and stones on students by pro-government youth activists while police fired tear gas. 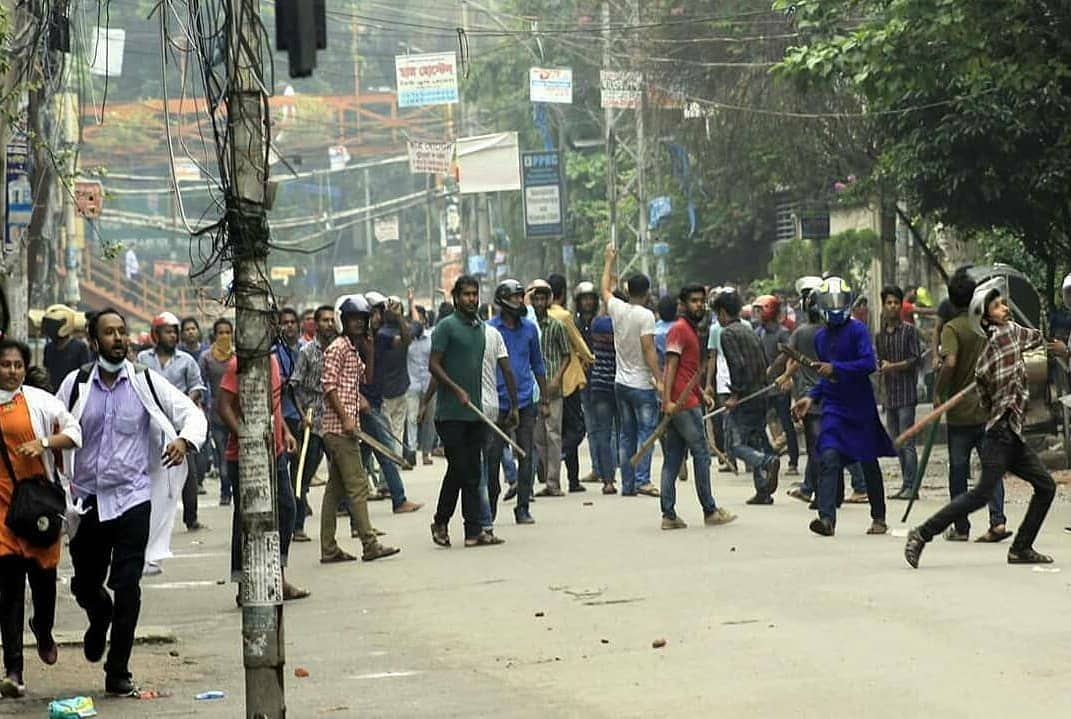 The question is whether violence against peacefully protesting school and college-going teens and students is permissible and, moreover, pardonable? How can a nation allow its children to be attacked by police for standing up for issues as basic and vital as safer roads?

However, braving all attacks, repression and defying rain, the young protestors have brought parts of Dhaka to a complete standstill. The setting up of blockades by students wearing their school uniforms and stopping thousands of vehicles, including those of top officials to check the licenses and registrations of vehicles, is unprecedented in history. Students have made clear – they won’t leave the roads till their demands are met. It is also clear that these protests have become a source of huge embarrassment to the government of Prime Minister Sheikh Hasina.