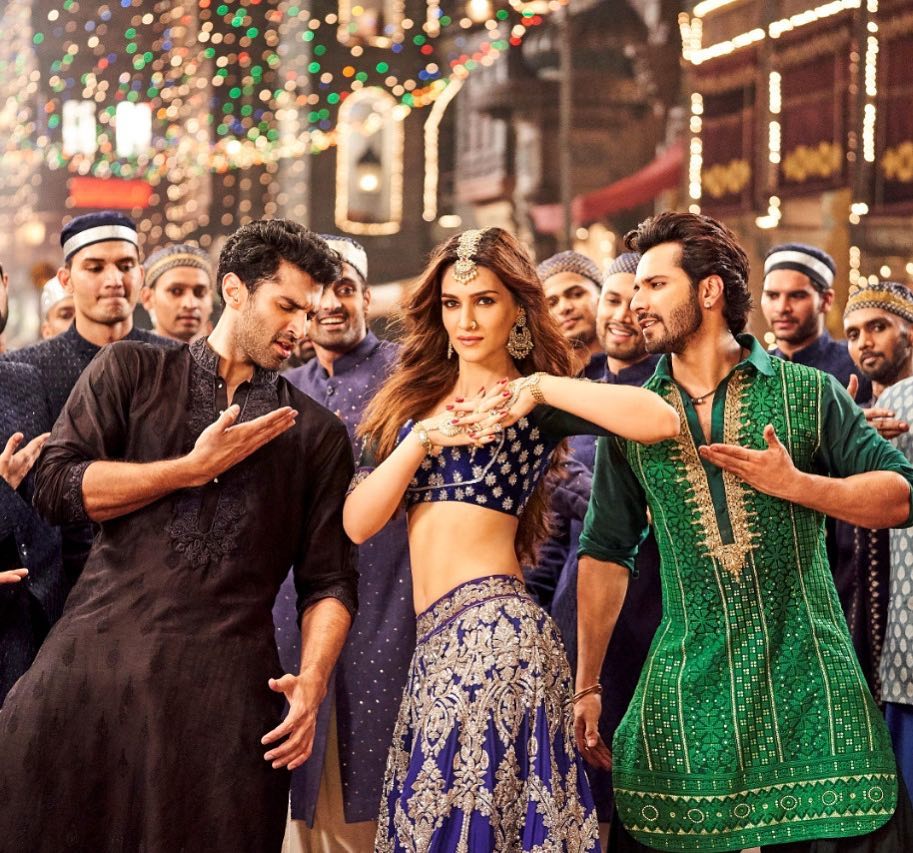 The latest song video and the full music soundtrack have now premiered for the Bollywood event of the year, the Karan Johar production, “Kalank,” which hits theaters this Wednesday, April 17th.

The highly anticipated film is an epic romantic drama of six enigmatic, esoteric and wistful characters entangled in search of love but separated by the dichotomy between the two worlds of Husnabad, a town in North India. The elite, opulent, and solemn world of the Chaudhry family, and the wild, the mysterious and musical underbelly of the town, Hira Mandi, clash when Roop Chaudhry encounters Zafar, a daredevil from Hira Mandi, unleashing deep-buried truths, secrets of betrayal, and affairs that threaten to bring both worlds crashing down.

Set in 1945, in Pre-Independent India, “Kalank” is the story of a vivid and ethereal world, lost when the fire of partition engulfs the city and the country. It’s the story of the shades of reds in their lives as they yearn for hues of love while Husnabad gets soaked in the reds of violence and revenge. Varun Dhawan, Alia Bhatt, Madhuri Dixit, Sanjay Dutt, Sonakshi Sinha, and Aditya Roy Kapur lead the all-star cast.

The song ‘Aira Gaira’ from the movie, released on Saturday night and is going crazy viral. The video has over a million views on YouTube as of now and we are not surprised at all. The song features Kriti Sanon, along with “Kalank” actors Varun Dhawan and Aditya Roy Kapur. ‘Aira Gara’ has been sung by Antara Mitra, Javed Ali and Tushar Joshi and it has been composed by Pritam. The lyrics are by Amitabh Bhattacharya. Kriti looks stunning in a purple lehenga, while Varun Dhawan and Aditya Roy Kapur can be seen dressed in a green and a black kurta respectively. The song has a peppy vibe we get a glimpse of Kriti Sanon’s fabulous dance moves in the song.