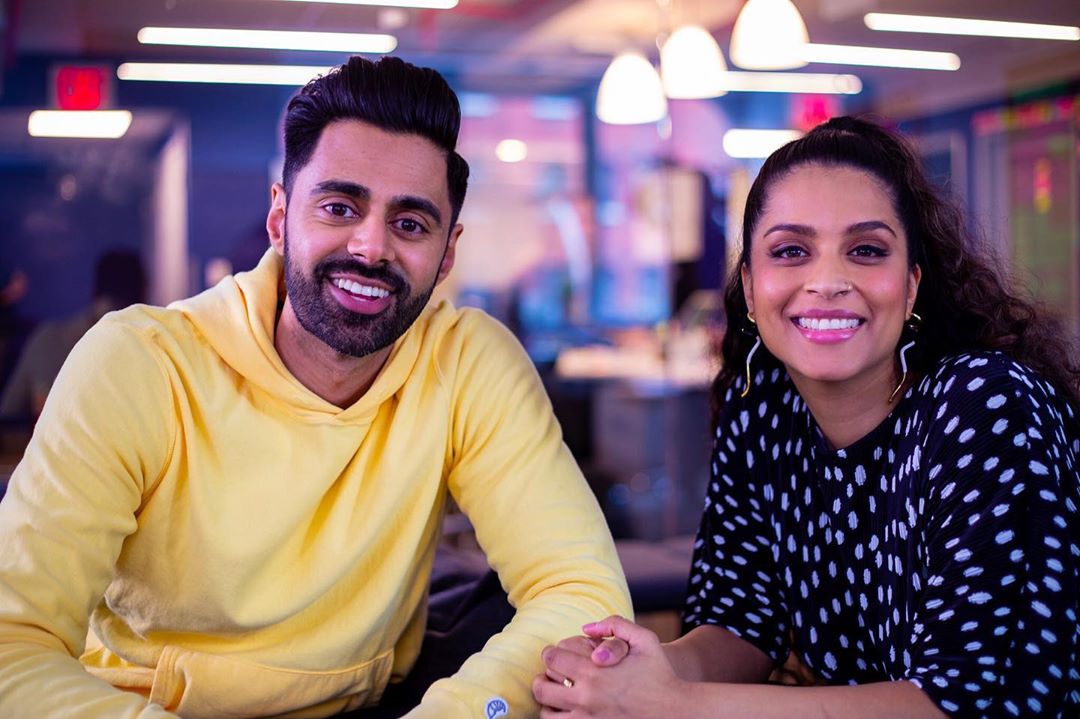 Lilly Singh, also known as Superwoman is making her way from YouTube to late-night on NBC with her own show! The young influencer has worked in films, done special appearances in television shows, toured the world, wrote her own book, launched her own lipstick and so much more. With her next move onto hosting a regular late-night television show, she went to her good friend and fellow South Asian trailblazer, Hasan Minhaj for help!

The “Patriot Act” host had some solid words of wisdom and positive motivation for Singh as they took a behind the scenes tour of his show. Singh loves and respects Minhaj as an older brother so it is no surprise she went to him (as well as her icon and first love Dwayne Wade aka “The Rock”) for advice.

Minhaj first told her to identify what it is she wants to say with her show and Singh revealed that she is most interested in social commentary through her show with a side commentary from her dog Scarbro. Singh and Minhaj then tour the studio of “Patriot Act” and Singh even does a hilariously accurate imitation of Minhaj’s “vibe.”

The chat takes a serious turn as Singh reveals her fears about how taking out a late night show will affect her career and how she deals with how negative comments have affected her emotional and mental health. Minhaj praises Singh for breaking barriers over the years by talking about things like sexuality and mental health. Singh states that she believes that by sharing stories she can reach people.

“I am a big believer that when you share stories – and storytelling brings people together there – that’s magic,” Singh says, “and that’s medicine. And that is what our culture needs.”

Check out the full video for all the inside scoop and laughs! Be sure to catch Singh’s new show, “A Little Late with Lilly Singh” debuting September 16th on NBC.