“Housefull 4” is all set to release tomorrow and the Diwali weekend looks like its going to be a laughing riot! This reincarnation comedy staring Akshay Kumar, Ritesh Deshmukh, Bobby Deol, Kriti Sanon, Pooja Hegde, and Kriti Kharbanda has already made viewers take notice with its quirky songs and eccentric performances. 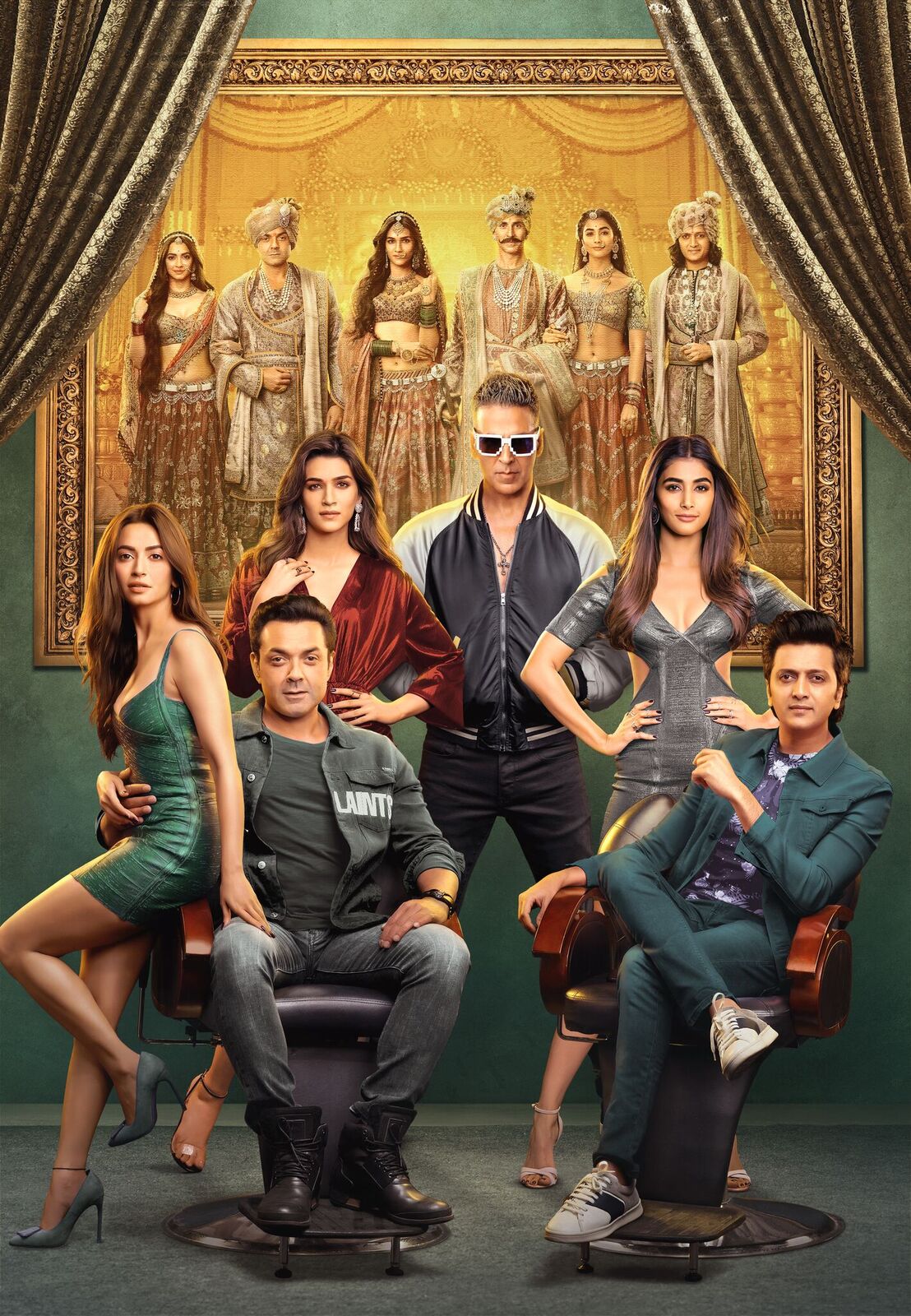 We caught up with superstar Akshay Kumar for a quick QnA! Check it out:

DissDash: “Housefull” has become an entity that people look forward to. Do you have any input in the story?

Akshay Kumar: In my opinion, Housefull has become such a unique entity because it has many memorable characters and moments. I think Sajid Nadiadwala, our producer has a big role to play in this because he has been a part of it since the first film and has always let us experiment with the script, be as crazy as we wanted to be and in this way this experimentation has been our input in the film. Whenever I felt something about the story I thought could be interesting I would run it by Sajid and the directors and the rest of the cast did this too and the environment was always very open to experimentation which was really refreshing.

DissDash: What makes this movie different than the previous ones?

Kumar: The “Housefull” films are always based around comedy of errors. However, with this film we have changed the context and genre by making it a reincarnation comedy – we are all playing double roles, one from the 1419 era and one from 2019, which just makes it double the fun, laughter and chaos! 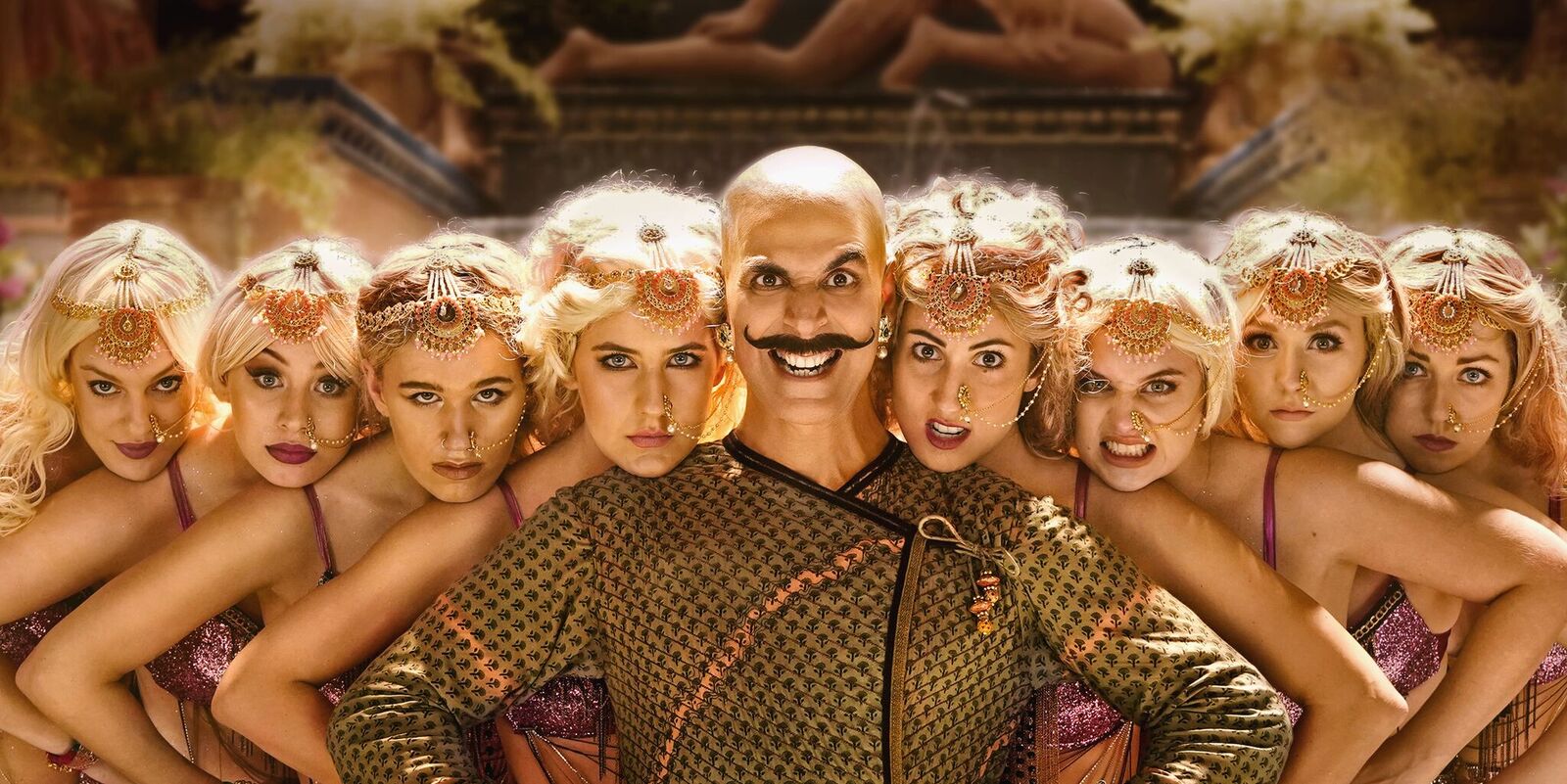 DissDash: You shaved your head for this movie, was that your idea, and how has the reaction been?

Kumar: Shaved my hair?! It’s all down to the magic of a bald cap 🙂

DissDash: You excel at comedic roles, but equally with action and drama. Which do you prefer and why?

Kumar: I am an actor and I love doing all sorts of genres equally. I do think that whatever I do, I will always go back to comedies again just because I thoroughly enjoy filming and prepping for them and always have. I have a funny bone and laughter running in my DNA 🙂 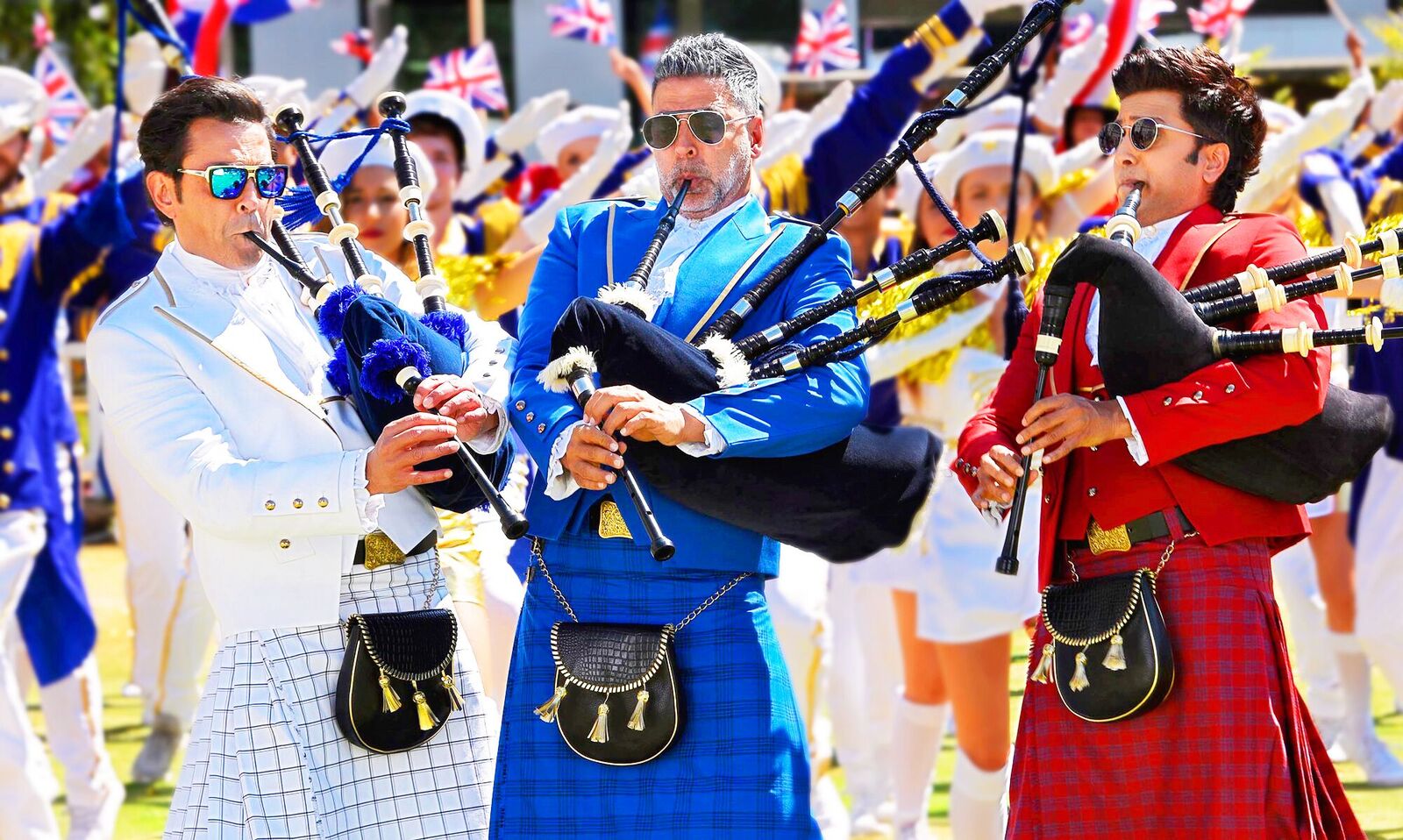 DissDash: You really have created your own lane in the industry and that has proven to be a long lasting one whereas many others have “run out” of creativity, do you feel that this longer journey was worth the effort.

Kumar: I feel that everyone has their own journey in the industry which they take to get where they want to be. As they say – its never about the destination but the journey as that’s where the experience, good or bad, comes. That journey evolves you as a person and artist. It helps define who you are. It makes you resilient. I always feel that when you are doing something you love, does it really matter how long the journey will be? 🙂 Just enjoy the moment.

Get ready USA! We’re taking you on a crazy journey of unlimited entertainment. Book your tickets for #Housefull4 NOW!https://t.co/leNjWeOtlj pic.twitter.com/84fJruzbzz

Don’t miss “Housefull 4” this weekend in which, 6 lovers who are parted because of an evil conspiracy and revenge in the era of 1419, cross paths once again in 2019. However, in the present life the 3 boys fall in love with the wrong women and are about to marry their sisters-in-law. As destiny would have it history repeats itself when the 3 couples land up in Sitamgarh once again, where it all began.

Will they remember their past lives in time for marriage or will they be stuck with the wrong lovers forever? “Housefull 4” is coming to confuse you, put you on a laughing riot, and take you through the grandeur of 1419 with a spark of 2019.

Also check out our #thebalachallenge performed by Bollywood Axion at Times Square, NYC:

And what’s more, we also had a little stint that deserved ‘Ek Chumma’ and Pooja Narang’s expert choreography won everyone at Times Square!