In this interview, Meghna Gulzar reveals that this subject of acid attacks was quite common and there had been a number of victims who have gone through this in the past. This is the reason she decided to take on this topic for the film. “Chhapaak” reveals the inner strength and beauty of Laxmi. The film depicts how humans take things for granted and the hardships that the survivors have to go through. The film for sure has been an emotional roller coaster ride for Meghna and her team. 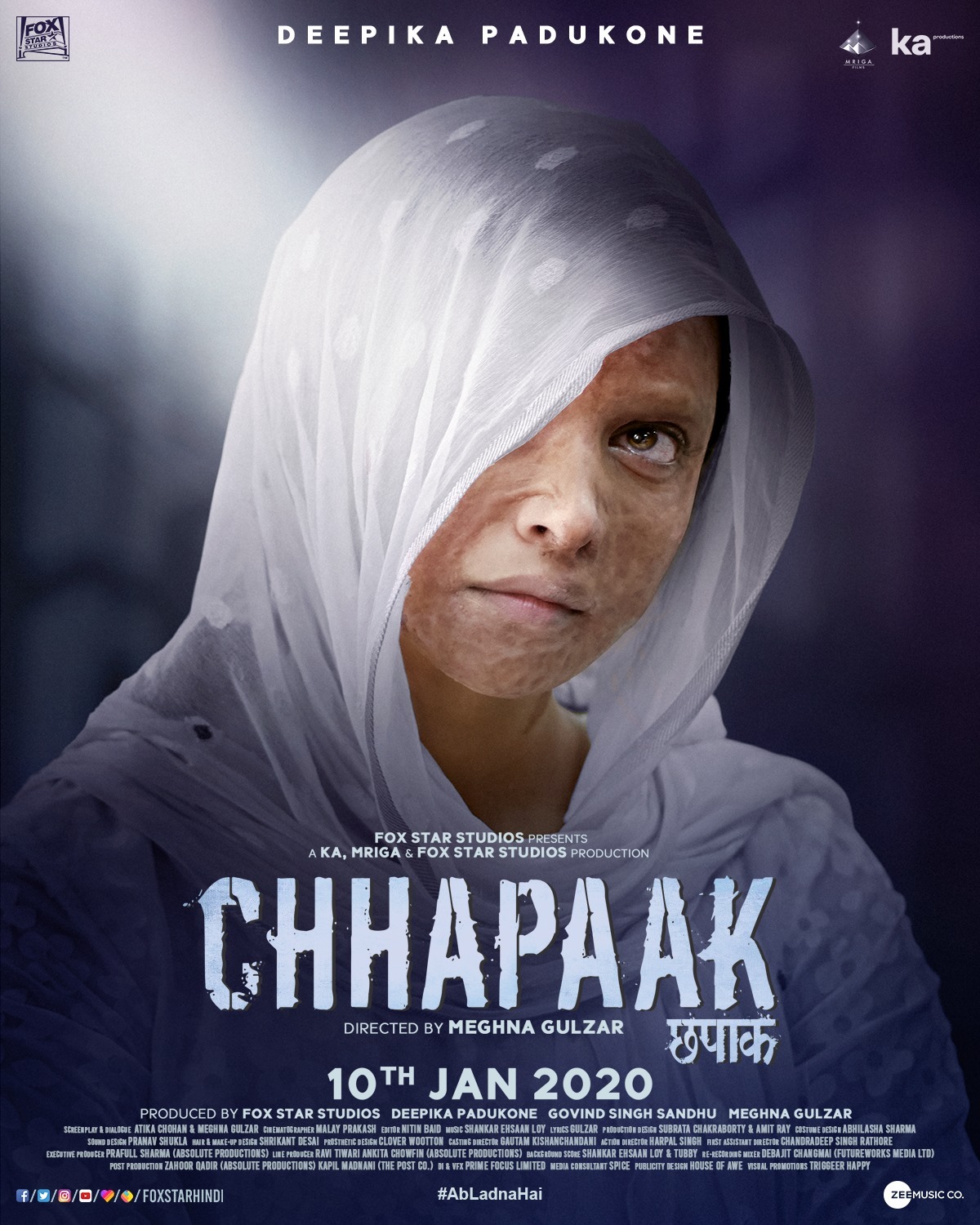 Being a teenager, Laxmi endured this attack as she rejected the advances of a man, and eventually to settle his score he along with his friends, attacked Laxmi. This horrible incident not only tattered her face but also her self-esteem as she had to go through multiple surgeries and then also the stigma related to acid attack survivors. Instead of getting hopeless and devastated about the whole incident, Laxmi got back on her feet and founded a Social initiative called Stop Sale Acid.  This initiative was supported and backed by people from all parts of the country. Eventually, all thanks to these efforts, the Supreme Court of India put restrictions on the sale of acid.

As Padukone plays the role of Laxmi as Malti, it has been portrayed that being a victim of an acid attack, she continued to empower women who have been through it. She plays a pivotal role in eradicating the stigma which the acid attack survivors have to go through. She has also received innumerable awards for this initiative.