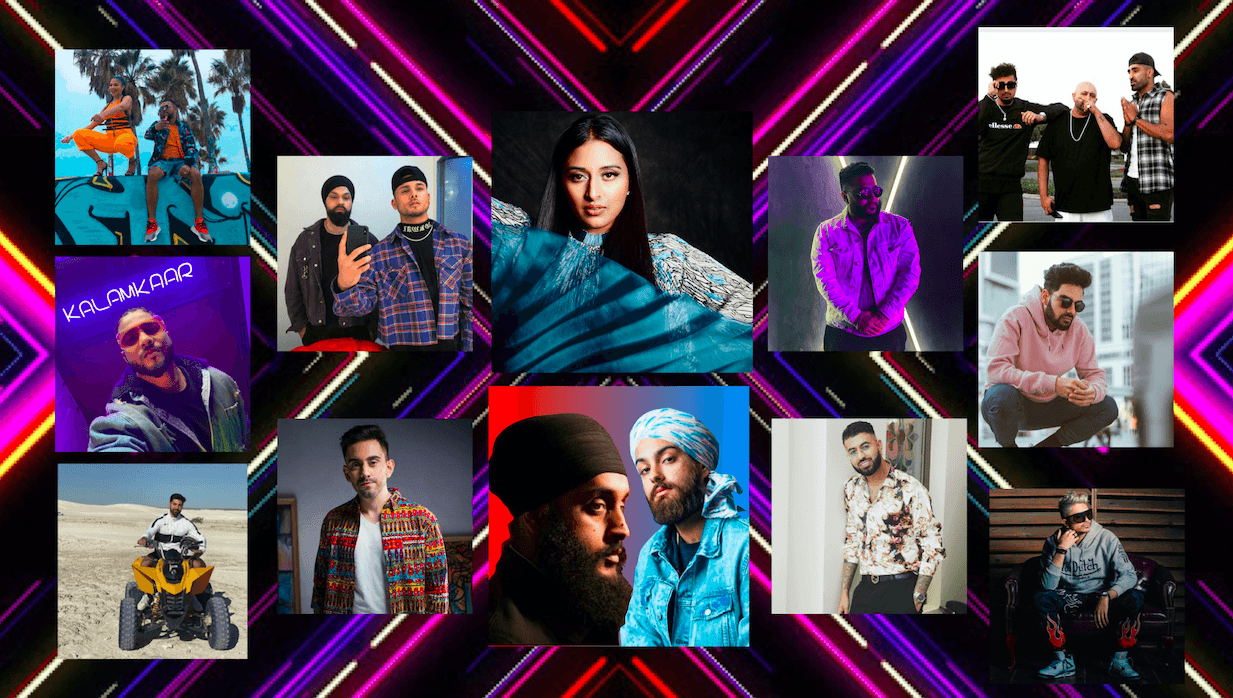 February saw a massive amount of amazing releases, especially for Valentine’s day! This month’s music has been phenomenal from American urban desi artists like Mickey Singh to massive Indian rockstars like Raftaar dropping new music, and it’s all a must-have for your playlist.

Indian-American artist Neel dropped a new single right at the end of last month but, this romantic track was too cute to miss our list. With the romance of Bollywood in the lyrics, an uplifting pop/reggaeton beat, and catchy chorus, ‘Tera Deewana’ is set to be popular in both the clubs and for those easy-listeners out there!

Raftaar brings his A-game in this track about his musical journey and humble beginnings. This song’s about moving forward towards his dreams and being able to reach such heights. Raftaar not only provides the vocals on the track but he also wrote the lyrics and composed the song.

The queen of the urban desi music scene, Raja Kumari has been taking over India these last year or so but she has not forgotten about us. The talented award-winning artist has dropped another banger, ‘Bindis and Bangles.’ The track has her signature blend of classical Indian music, dance, and fashion juxtaposed with western beats and English lyrics. The goddess has done it again.

F1rstman teams up with Ian Thomas for ‘Makhna,’ a February fit sweet love song that takes you through the streets of Paris, France. It is lovely to see artists of different cultures coming together to create something beautiful.

Amar Sandhu, Ramvir, and Haji Springer bring us ‘Ishare,’ this February. A hip hop number that you will definitely have on repeat. These talented artists have blessed this track with their vocals, and with a legend like Haji Springer on the track, you know its a banger!

6. Mumzy Stranger’s ‘Stay with Me’

Bengali British artist Mumzy Stranger teams up with Inkra Debella for this peppy new song. ‘Stay with me’ is a fun dance number that will have you moving in your seat for sure.

Fateh and violinist Raaginder team up for this phenomenal track titled ‘Yaad Teri Ayi.’ Fateh is killing it with his lyrics and rapping skills per usual, and Raaginder will leave you speechless with his compositions.

Pav Dharia and Manav Sangha released ‘Bedarde’ this month. The fun-loving Dharia shows us his serious side with this heartbreaking new song.

Mickey Singh and his partner-in-crime, Pam Sengh were very active in February. The duo not only dropped the video for ‘Tu’ but also ‘Ptola.’ The new track is a peppy dance number that Singh is known for. This fun track also features a lot of talented young dancers that definitely killed it!

Bilal Khan’s first track of 2020 is ‘Lakhan Vich Aik,’ a peppy ode to the supermodel girl of his dreams. Khan not only provides the vocals on the track but he also wrote the lyrics, produced the song, and directed the video!

‘Chah Gaye’ is Hash’s first release of the year. The track blends different genres of music and the video reflects the global appeal. ‘Chah Gaye’ not only has scenes from Australia, Turkey, India, Morocco, and the UAE but also a personal video from Hash’s sister’s wedding as well!

Bengali-American rapper I-Sick drops a hot new track titled ‘Champions.’ The artist is not only skilled in rapping in English but also Bengali, a difficult feat that we have yet to see other artists do. The track is written, produced, and performed by I-Sick himself and engineered by Anthony Rapisardi and Stave Sonata.